15 2016 June
115
It has long been no secret that the new Ukrainian authorities surround themselves with visiting politicians, marked by the press of aggressive Russophobia. The best confirmation of this is the landing of supporters of disgraced Saakashvili who were ousted from Georgia, who moved to Ukraine together with the retired ex-president. In late May, former NATO Secretary General Andres Fogh Rasmussen came to this company. President of Ukraine Petro Poroshenko took him to the post of non-staff advisers. 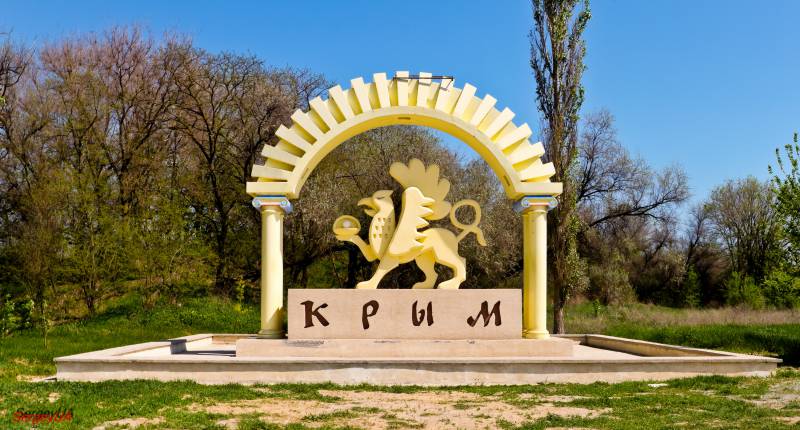 How Rasmussen grieved the Ukrainian authorities

With this character is connected a lot of intrigue in relation to Russia and its leaders. For example, when he was prime minister of Denmark, Rasmussen distinguished himself by publicizing the contents of closed talks with Russian President Putin. It happened in 2002 year. Denmark then presided over the European Union.

Much later, during one of his direct lines, Vladimir Putin told about this incident: “He (Rasmussen) asked me about this meeting, it was not planned. I agreed, we met, talked - he, it turns out, took a tape recorder with him, secretly recorded our conversation, and then published it in the press. I could not believe my ears and eyes. ”

This episode alone is enough to become the best friend of the new Ukrainian government. But, if we add Rasmussen’s anti-Russian rhetoric as NATO Secretary General, the Dane will be completely out of competition at the casting to Kiev advisers.

The proposal of President Poroshenko pleased and excited Rasmussen, who was dismissed. In his Twitter, he wrote: "I will do everything possible to strengthen security, economic reforms and strengthen ties with the EU."

Having looked around in Kiev and having decided on who will pay for his “freelance advice,” Andres Fogh Rasmussen made a statement that discouraged the Ukrainian authorities: “The return of Crimea should remain on the agenda for Ukraine, but should not be an urgent priority.”

Explaining his revelation, Rasmussen noted that the West leaves its goal to return the Crimea, but the prospect of achieving this goal is very distant. “As we have never recognized the illegal accession by the Soviet Union of the three Baltic countries - Estonia, Latvia and Lithuania, we will never recognize the illegal accession of the Crimea to Russia,” the former NATO Secretary General stressed and marked “we” the general opinion of Western politicians.

According to Rasmussen, the immediate priorities for today's Ukraine should be reforms and the full implementation of the Minsk agreements. This is not the personal position of the new adviser to the Ukrainian president. The American colleagues of the Danish politician are already talking about the “implementation of the Minsk agreements on Ukraine even before the end of the term of office of the current administration of President Barack Obama”.

About this last Thursday said the national security adviser to US President Susan Rice. “We have reason to believe this. And we hope that there is enough time and opportunity for a solution, ”Rice said in an interview with the Washington Post and added the usual clarification for Washington:“ if the Russians show sufficient political will ”.

This reservation Rice deceived few. The implementation of Minsk-2 depends, first of all, on the authorities in Kiev, which the new adviser to the President Poroshenko noted in his statement, denoting this goal as “the urgent priority of Ukraine”. The head of the Crimea, Sergei Aksyonov, responded to his words. According to Aksyonov, “Rasmussen’s statement reflects a change in the position of Western political elites on the Crimean issue.”

Turkish factor in the politics of Kiev

It is unlikely that this position has changed recently. Perhaps, right along with the results of the Crimean referendum, Western politicians realized that Crimea had finally gone to the jurisdiction of the Russian Federation. Publicly, this fact the West did not recognize. I began to use it as a way to pressure Russia. However, even the abolition of the notorious sanctions in the European Union did not directly bind the return of the Crimea.

About the imminent return of the Crimea, President Petro Poroshenko himself spoke the most. His words are not just a propaganda ploy, distracting Ukrainians from the problems of the day. Experts believe that the Ukrainian president is groping for a strategy to return the peninsula. It will hardly help to achieve a publicly stated goal, but it should attract new allies of Ukraine under the anti-Russian banners.

It began, as we remember, with the blockade of the peninsula, the explosion of the power supply lines. Then the dirty work was assigned to uncontrolled nationalist and Crimean Tatar fighting groups. Then foreign forces joined, primarily Turkish. Poroshenko often for talks to President Erdogan. In return, military instructors from Turkey, radicals from the Gray Wolves extremist group, mercenaries and other rabble went to the Kherson region bordering on the Crimea.

In the spring, the well-known hacker group “Cyberkurbut” shared with independent websites information about the interception of the draft decree of the President of Ukraine Petro Poroshenko on the establishment of Crimean-Tatar national autonomy in the Kherson region and the provision of land for these purposes. According to information published with reference to "Cyberkut", in the draft decree, Kherson was conceived to be renamed Khan-Girey and the Turkish consulate general was stationed there, and almost a million Muslims were resettled to Kherson region.

Some experts dismissed this information from CyberBerkut because of the anonymity of the group itself. The reason is objective. But after all, it is known that, over time, the information of the Cyberkurbut was confirmed about the presence in combat formations of the government forces of Ukraine of units of foreign private security armies. The schemes of punitive operations revealed by hackers of the group, facts from the closed correspondence of senior Kiev officials, etc., coincided with actual practice.

Most likely, information about the secret plans of the Ukrainian president are not without grounds. After all, he did not promise “Roshen” to Turkey? Indirectly, this is indicated by Turkish investment, which came to Kherson region after Poroshenko’s visits to Erdogan. Among other things, in February, the Turks signed an agreement on trade, economic, scientific, technical and cultural cooperation with the Kherson Regional State Administration.

Amazing attention to a particular region. It is worth adding to this the increased activity of the Ukrainian army on the Crimean isthmus, and it will become obvious that Kiev did not rule out a military solution to the Crimean issue. In his defense Petro Poroshenko hurried to declare that he would not fight for the Crimea, but would return him exclusively by diplomatic means. Now Andres Fogh Rasmussen advises the Ukrainian president to completely forget about his plans for the Crimea.

This is a very serious signal. The West has let know that it does not support the military plans of Kiev, but cannot solve the problem in a different way. Life has proven: lost territory can only be returned by force. There are no examples of this. Take the same Turkey. In the summer of 1974, she intervened in a civil conflict in Cyprus and occupied almost 40% of the island.

Later, in this territory proclaimed the Turkish Republic of Northern Cyprus. By the way, only Turkey herself recognized it. Under international law, the Republic of Cyprus still retains sovereignty over the entire territory of the island. But it has remained divided for more than 40 years, and there is no end in sight, despite all the diplomatic efforts.

There is an early example. In June, 1967, during the six-day war, Israel, under the pretext that this land belonged to the Jewish people since ancient times, occupied the Syrian plateau of the Golan Heights. After some time, the Knesset proclaimed Israel’s sovereignty over the occupied territory as a special law.

The international community has condemned and not recognized the annexation of the Golan Heights. Almost half a century has passed. Israel equipped fortified posts in the Golan equipped with electronic equipment for reconnaissance. Built 34 settlement. Now it produces more than 50% mineral water, about a quarter of all wines, from 30 to 50% of certain types of fruits and vegetables and is not going to return the Golan Heights to Syria.

In addition, there are also unrecognized states - Abkhazia, Nagorno-Karabakh, Transdniestria, South Ossetia ... Having won their independence, they remain so while they are able to defend their territory. In this sense, for the Crimea, which quite legally became part of Russia, you need not worry. There can be no doubt that a powerful nuclear power will protect its peninsula from harm.

An understanding of this is demonstrated today by the West. In the words of Rasmussen, he admitted: Crimea finally and irrevocably left Ukraine. Now the time has come to restrain his Kiev proteges from thoughtless steps in order to avoid a real military conflict on the continent.

Ctrl Enter
Noticed oshЫbku Highlight text and press. Ctrl + Enter
We are
Armament from the exhibition "Made in Georgia"Good bye, genatsvale!
Military Reviewin Yandex News
Military Reviewin Google News
115 comments
Information
Dear reader, to leave comments on the publication, you must sign in.