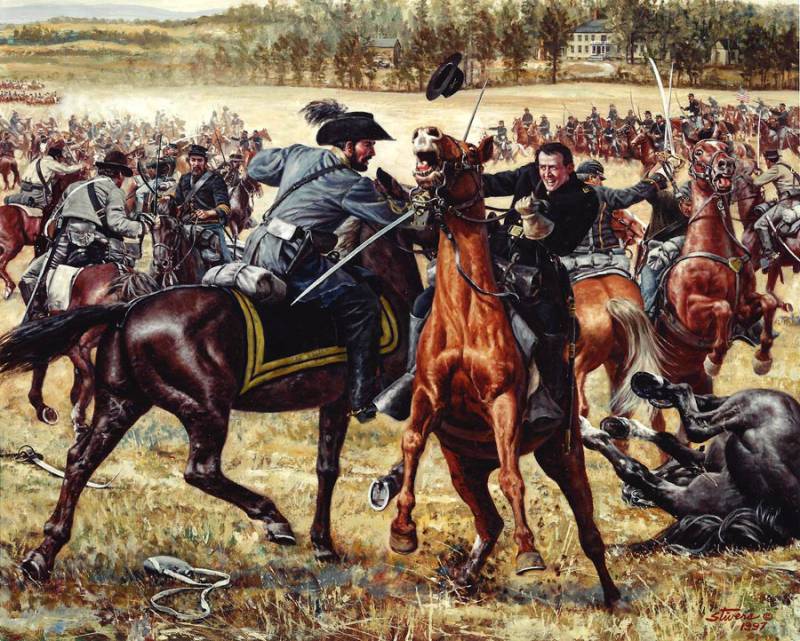 9 June 1863 of the year near the railway station with a good name Brandy was the only major cavalry battle of the American Civil War. In general, the role of cavalry in this war was very insignificant. Basically, it was reduced to reconnaissance and partisan raids, and in large field battles horsemen almost always dismounted and acted like ordinary infantry. Attacks in the horse ranks were a rarity.

Neither the southerners nor the northerners had their cavalry peak, and the sabers and broadswords laid by them were used almost exclusively as ceremonial weapon and an element of uniform. In the battles they almost never used. It is not surprising that of the 600 thousands of servicemen who died during the years of the civil war, only about 900 people became victims of cavalry blades, and more than half of them died in duels and in drunken fights.

Against this background, the clash of big masses of cavalry in Brandy became a unique phenomenon, and it occurred only because the meeting with the enemy was unexpected for both sides. And those and others attacked at random, not knowing about the location of the enemy. Southerners and northerners did not have time to dismount and they had to enter hand-to-hand riding, using revolvers and sabers. For many of them, this was the first and last fencing in real life.

Despite the fact that there were more northerners - about 11 thousand against nine and a half thousand southerners, the battlefield in the end was left for the Confederates. Northerners retreated, losing 69 people killed, 352 wounded and 486 missing, most of whom were captured. Southerners captured three guns, and their total losses were 523 man. I did not find the breakdown of this figure for the dead, wounded and missing people.

In general, "cutting Brandy" did not affect the course of the war, but American battle-art artists like to depict it on their canvases. One of these paintings by the artist Don Sitivers placed on the screen saver. It depicts a duel between confederate officer William Henry Lee, son of the commander-in-chief of the Southern army, General Lee, and Unionion captain Wellesley Merritt. This fight ended with the fact that the southerner received a shot in the thigh and left the battle under the cover of other horsemen. 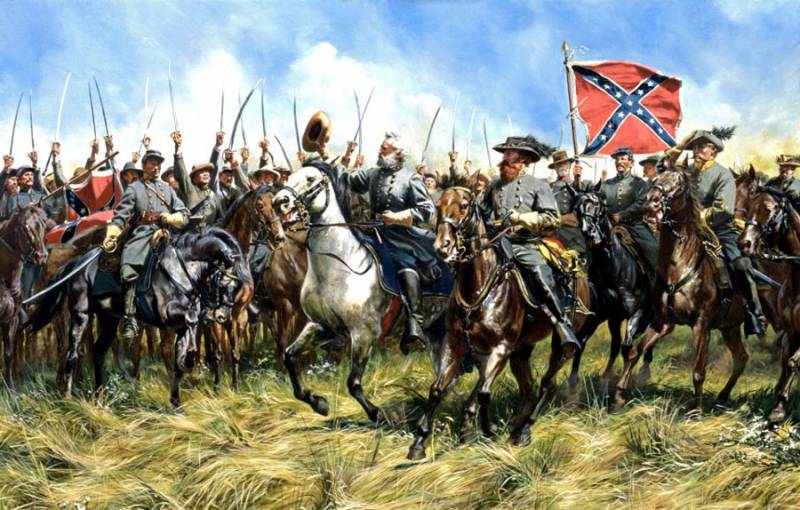 The Confederate Kavlerists, saluting with their sabers, greet General Lee. Many of them have found only such an application for their blades in war. 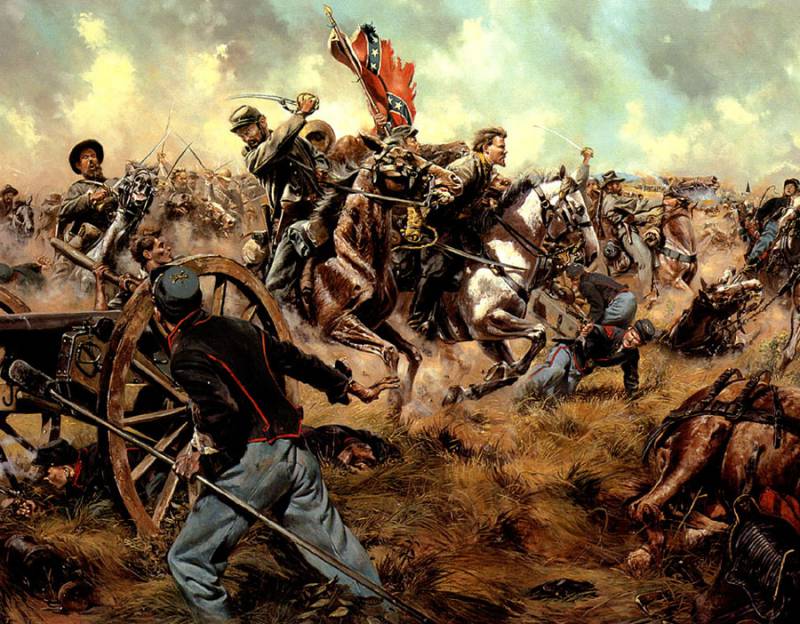 The southerners' cavalry attack at Brandy on a unionist battery, which did not have time to turn into a combat position. The result of this attack was the capture of three field guns. Painting by Don Trojan. 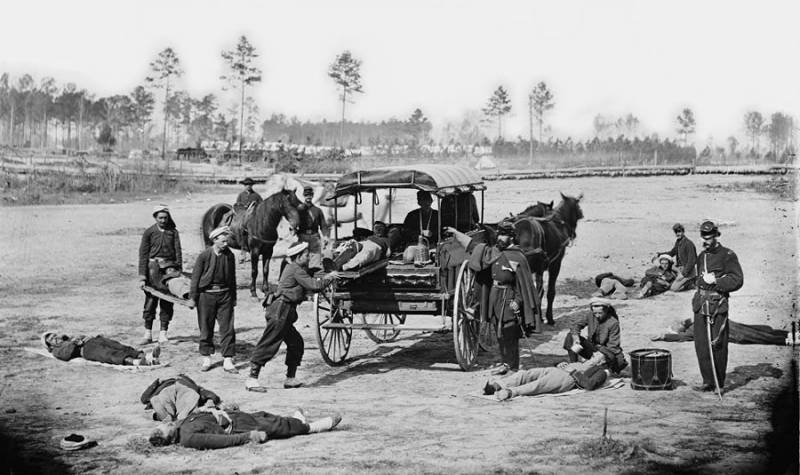 Federal Zouaves collect and load the wounded in the battle of Brandy into the ambulance. The picture is most likely staged.

American lightweight cavalry saber sample 1860 year. Such sabers were in service with both warring parties.