14 2016 June
44
This week was surprised by the statement of the President of Poland Andrzej Duda. According to the Internet resource Onet, on Thursday, during his visit to Copenhagen, during negotiations with the Prime Minister of Denmark, Rasmussen, Duda stressed that he had never considered Russia to be an enemy. According to the President of Poland, none of the responsible Polish politicians see the enemy in Russia and do not make corresponding statements. 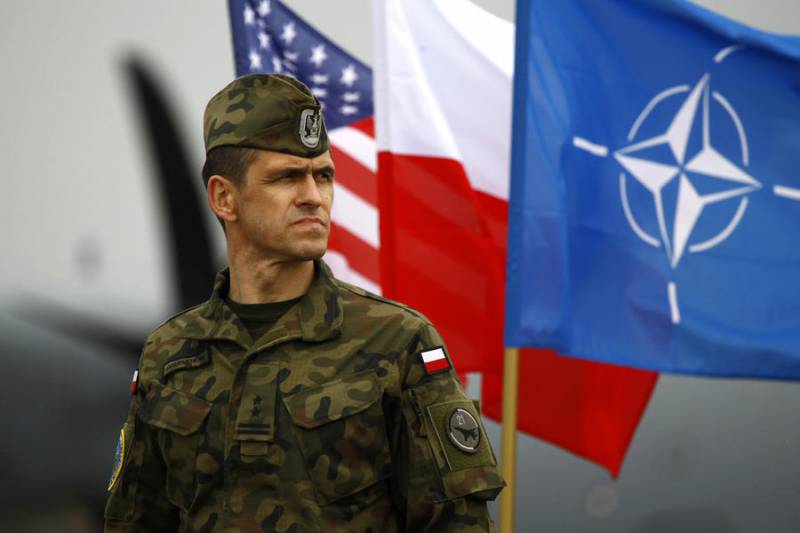 Against the background of the anti-Russian hysteria of Polish politicians, Duda’s statement looks at least strange. The president of Poland himself is also sinful in forcing the Russian threat. For example, last August, shortly after his election, Andrzej Duda, in an interview with The Financial Times, noted that “he sees Russia as one threat”. Now he calls it a “neighbor-country of Poland,” although he clarifies that “Moscow is pursuing an imperial policy that often violates the norms of international law.”

To be fair, it should be noted: the change in the rhetoric of the Polish president was outlined not last Thursday. Back in May, during his working visit to Italy, Duda spoke out against the “cold war” with Russia. At a meeting at the Roman Military College of NATO, the Polish president expressed his readiness to "establish a dialogue with Moscow" and noted the need to remove from Russia "the isolation that was introduced against the background of the Ukrainian situation."

What made the Polish president adjust his position so sharply? Most likely, this is due to a change in sentiment in Europe itself. Here, growing discontent with the policies of the European bureaucracy towards Russia begins to show. Its economic and political isolation is already openly condemned in the parliaments of the countries and individual municipalities.

Poland needs to comply with new trends. After all, the support of Europeans at the upcoming NATO summit in Warsaw in July will largely depend on this. The Poles are counting on this meeting to enlist the support of the countries of the alliance and to carry out the decision to deploy NATO military forces in Poland on a permanent basis. It is unlikely that this will be promoted by the aggressive hysteria of the Poles about the Russian threat, their confinement to a military conflict with Russia.

In Europe, the war did not want. Now it has become take into account the top leadership of Poland. It, in principle, is also not located to fight. It is publicly acknowledged that the potential of Russia is many times more powerful. However, all outweigh their own ambitions - to occupy a special position in NATO, to become not just the Eastern outpost of the alliance, but to head the internal anti-Russian bloc from Eastern European countries and the Baltic states. For this, a permanent NATO presence in Poland is important. According to Duda, it “will only demonstrate solidarity and allow for dialogue with the Russian Federation.”

Today, Andrzej Duda is counting only on "joint support" of NATO. There is a certain sequence. In the above-mentioned interview last year by the Polish president of the British The Financial Times, Duda openly criticized NATO for “taking the Polish state as a buffer zone between the West and Russia.” Poles want more. Experts note that Poland seeks to occupy the place of Germany in the alliance, to become the main European military partner of the United States.

Poland is increasing its military potential

This conclusion is pushed by the real actions of the Polish authorities. Currently, the Polish army has 80 thousands of soldiers and officers. This is in line with the resolution of the Polish Sejm, adopted in the 1991 year. Then the Poles decided that the country's army should not exceed 100 thousand people.

Now the Polish authorities have decided to increase the number of their armed forces. The basis for such a radical change in the military-political strategy of the country's defense minister Anthony Matserevich called "a significant increase in the military threat from Russia." (Hello Danish statement Duda).

In the coming years, 16 will create new mechanized brigades of about 35 thousands of servicemen in Poland. The first three brigades will be completed next year. In addition, separate volunteer brigades will be created in each voivodship. The personnel of such units will serve without interruption from civil work. Periodically, he will be training camps.

Such brigades have already appeared in Poland. They include up to 12 thousands of volunteers. Some of them are taking part today in the NATO Anaconda-16 large-scale NATO exercises taking place in Poland. In a word, territorial brigades are quite combat-ready units. According to the plan of the Polish General Staff, their number should grow to 17.

Plans for the military are being actively implemented. “I think that ultimately the Polish army should have at its disposal 150 forces of thousands of soldiers,” Minister Matserevich said recently at an official press conference. “This is the minimum that is needed so that the army can repel threats.”

Speaking of "threats", Matserevich paid more tribute to the Polish tradition than to real strategic dangers. First, the leaders of Russia have many times publicly stated that there are no plans to invade Europe. Secondly, the Russian-Polish border occupies only a kilometer of 232. To protect such a site it is not at all necessary to have the largest army in Europe.

It is precisely such armed forces that Poland intends to acquire by the year 2020 in order to surpass Germany. However, this is half the battle. The main thing in the plans of Polish strategists is to give their local units an international character. Therefore, the Poles are fighting for the permanent deployment of NATO troops on their territory.

In Poland, the position of the missile defense system is already deployed. In addition, an agreement was concluded on the deployment of five US military bases on the territory of the country (in Skvezhina, Tsekhanov, Dravsko-Pomorskie, Lasku and Hoshno). Basically, these will be bases for storing military equipment and weapons for the deployment of two NATO brigades if necessary. Only one mechanized battalion of the US Army is waiting for permanent deployment (even if it is on rotational terms).

A few days ago it became known about the preliminary agreement of NATO on the deployment of its troops near the Polish city of Suwalki, which is near the Lithuanian border. This was reported by the American newspaper Wall Street Journal, citing Polish Deputy Minister of Defense Tomash Shatkovsky.

According to the Polish military, the contingent of the alliance (it will be deployed in Suwalki early next year) will insure not the Polish-Russian border, but a strategic corridor through Southern Lithuania deep into the Baltic States. They talk again about the Russian threat, they keep quiet that, above all, the dependence of the Baltic countries on the actions of the alliance, and the military weight of Poland itself will now increase.

A meeting of NATO defense ministers will be held in Brussels on Tuesday. As for the leaks that fall into the Western media, this meeting will deal with the preparation of the upcoming Warsaw Summit and the strengthening of the southern flank of the alliance. Threats from the Middle East for NATO countries are much more real than the myths about the Russian attack. In the war against Islamic terrorism, the decisive stage is beginning. So the southern region requires increased attention from the alliance that has played with the exercises on the eastern flank.

The Poles are on their guard. In addition to increasing its influence in NATO, Warsaw is also interested in direct investments related to the deployment of bases and troops of the alliance on their lands. The United States has already promised Poland for five military bases a billion of its dollars. How will it be now?

The answer to this question is not so important. More importantly, how sincere was the Polish president in Rome and Copenhagen. If Andrzej Duda starts “establishing a dialogue with Moscow,” the “Russian threat” will resolve, peace will be consolidated on the continent. In the meantime, NATO is increasing tensions in Europe. Poland is only at hand. In such a situation, it is easier to implement the “first among equals” strategy and rise above neighbors and allies. It seems that inflated strategic ambitions still outweigh the pragmatic political calculation among the Poles.