Missile defense: entrance from the back yard

14 2016 June
83
A small piece of America appeared in 2016 on the territory of Romania: the base of the US missile defense system, consisting of X-NUMX SM-24 missile launchers, radar and other technical facilities, opened near Deveselu. Even the appearance of the buildings would be much more suitable for a place somewhere in Texas than in Eastern Europe and only emphasizes the special status of the object as being outside Romanian sovereignty. The tasks of local authorities include only the provision of water, electricity and everything necessary for the functioning of the complex of facilities. 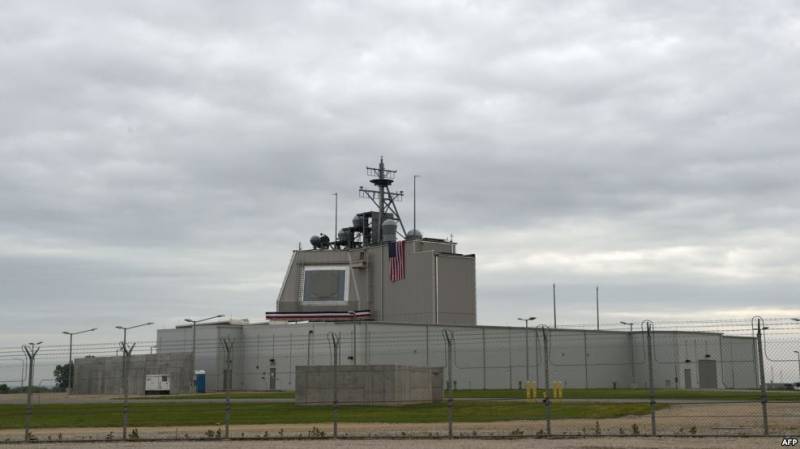 The logic of the Americans, who preferred the base to the ship-based, can be understood. On any ship you can cram only a limited number of installations mk 41, and on the ground base of the satellite country there are no such restrictions in principle. In addition, the ship can be sunk, and the enemy will be able to cope with a full-fledged base only with a tactical nuclear charge, which is guaranteed to destroy all buildings at once throughout the entire base area. In a sense, Romania can be called the unsinkable destroyer of the US Navy - even though the base in Deveselu even looks a lot like a ship's superstructure.

However, the Americans did not at all refuse to reinforce the European missile defense with the ships. If necessary, the anti-missile capabilities of the base will be strengthened by the destroyers Arli Burk, which have risen in the Romanian ports. The new version of the Missile Standard Missile 3 Block IIA has an operational radius of 2500 km. If you count this distance from the base in Romanian Devesulu and Polish Redzikovo, then the area over the whole territory of the Russian Federation to the Urals falls into the affected area.

If missile defense were really built against Iran, then its elements would be located in Qatar, Kuwait, Bahrain and Saudi Arabia, where American military facilities are already standing without any problems. With the same success, Russia could place its missiles in the Caribbean under the pretext of protection against Somali pirates. In addition, Iran has never threatened Europe, for even its hatred of Israel is more likely to be operative. In general, any statement that missile defense in Europe is aimed at the missiles of the Islamic Republic can be immediately considered as contrary to all elementary concepts of logic, physics and geography.

Even at the dawn of 2000, when Bush only proclaimed a firm intention to engage in a missile defense system, Russian analysts did offer possible answers. Including quite unexpected. For example, the conversation was about autonomous underwater modules carrying nuclear charges. As conceived by the authors of the idea, such machines could be in autonomous campaign for months for many months, hanging out on the expanses of the oceans. In the case of the outbreak of war, the modules would have attacked the pre-planned targets on the coast of the enemy, penetrating even into internal rivers and lakes. Tracking such modules would be extremely difficult, if not impossible.

However, a good idea, as in our country, turned out to be of no interest to anyone. In addition, for such modules there would not be just a suitable power plant with good autonomy. The reactor is excessively bulky, the radioisotope battery is weak, and with the non-volatile engine, domestic designers knowably got into a puddle, filling up promising project 677, after which for fleet the ancient Varshavyanka began to build again.

What are the main conclusions from this situation? Pretty simple. True, they will have to be made not only to us, but also to the Poles with Romanians. And they, perhaps, even in the first place. For it is for them to feel on themselves all the delights of the first nuclear strike with the transformation of the nearest settlements into a cloud of radioactive steam and the transition of vast territories into the category of unfit for habitation.

“Russia did not become a threat to Romania after the opening of a missile defense base in Deveselu, because the Russians know that the shield does not pose a threat to them,” the US ambassador to Romania told REGNUM, answering the student’s question whether Russia had become a threat. a threat to Romania after the opening of the missile defense base in Deveselu. - Answer to this question: no. Russia knows everything, but continues to talk nonsense. The anti-missile shield in Deveselu is one of the main investments of the United States and Romania in order to protect NATO throughout the region. And Romania should be proud of it. He poses no threat to Russia. The shield protects against missile threats that may arise from outside the European space, Iran, for example, and other countries in the Middle East. Russia knows this, we have spoken about it a thousand times, and Russian comments are disappointing in which the opposite is asserted.

The absurdity of this statement is difficult even to comment. Turning to everyday language, the situation can be described as follows. The world kickboxing world champion lives on your street and he didn’t care. And now, for some reason, you began to provoke him. Let even for money or some promises from outside. Attention is the question: how will such an activity affect your prospects to get in the head? But you are proud - they noticed you. Also invited to be proud of Romania and Poland.

In the event of an unexpected escalation, Washington may well write off the loss of several objects in the countries of the border countries, if in this way it is possible to avoid critical losses for the territory of the United States in the event of a nuclear war. American philistines are also quite capable of giving up on nuclear mushrooms over Deveselu or Redzikovo, if similar pictures do not appear over Cleveland or Anchorage. After all, how many will be able to find the same Romania on the map?

For Russia, there are also conclusions. Geographic opportunities for a quick and effective retaliatory strike give us, in fact, two regions - Kaliningrad and Crimea. The hypothetical loss of them will mean that the hands of Moscow will become much shorter, and the eyes - less keen. The essence of NATO’s urgent military preparations, according to the author of this text, is not to repeat the disastrous campaigns of Napoleon and Hitler again, but to capture these key regions at the right moment with military force. The “moment” means events similar to the Kiev Maidan or the revolutions in Petrograd 1917 of the year when the controlling military-political center is either paralyzed or otherwise ceases to exist as a subject of basic decision-making. For more NATO today is hardly capable.

Ctrl Enter
Noticed oshЫbku Highlight text and press. Ctrl + Enter
We are
The role of the “anchor” holding Bessarabia from Romania moves from the PMR to the Gagauz and the Bulgarians: regional results-2013Military reform as an integral part of the security concept of the Russian Federation: Systematic dynamic assessment
Military Reviewin Yandex News
Military Reviewin Google News
83 comments
Information
Dear reader, to leave comments on the publication, you must sign in.