Kasyanov's Parnassus announced its readiness to cooperate with Nadezhda Savchenko

10 2016 June
65
The deputy chairman of the Russian Parnas party (leader - M. Kasyanov) Konstantin Merzlikin declared the readiness of the “Parnassians” to make contact with the People's Deputy of Verkhovna Rada Nadezhda Savchenko. This is reported by the TV channel LifeNews. It should be noted that earlier Savchenko herself in an interview with journalists declared that she was ready to cooperate with the Russian opposition. And I had in mind, apparently, the so-called non-systemic opposition, to which the same Kasyanovsky “Parnassus” belongs.


LifeNews quotes Mr. Merzlikin’s statement:
If the Ukrainian parliamentarians are ready to discuss with the Russian opposition any options for improving relations, restoring relations between Russia and Ukraine, then why not. 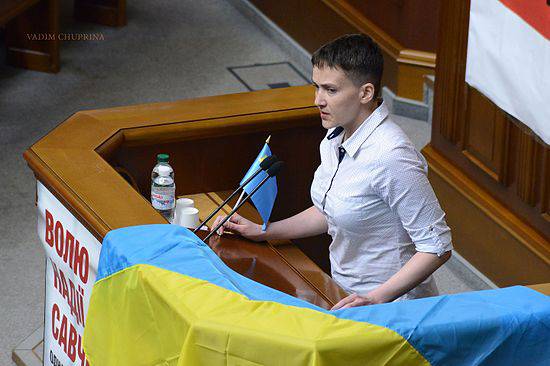 On the eve it became known that Nadezhda Savchenko refused the title of "ATO member", after which the Verkhovna Rada began to voice ideas about preparing the presidential administration for the campaign to discredit Savchenko. Such an idea was expressed, in particular, by the representative of the “Self-help” party, Semen Semenchenko (quotation112 Ukraine"):

I think that Savchenko's rating is not a rating of a politician, but a rating of a national hero. After a while, people will begin to reconcile their expectations with reality. In addition, a very serious campaign will start, it has already gone, and Vera and Nadezhda Savchenko note this in discrediting.
Ctrl Enter
Noticed oshЫbku Highlight text and press. Ctrl + Enter
We are
Military Reviewin Yandex News
Military Reviewin Google News
65 comments
Information
Dear reader, to leave comments on the publication, you must sign in.