Can the Russian MiG-21 fighter hold out for 100 years? (The National Interest, USA) 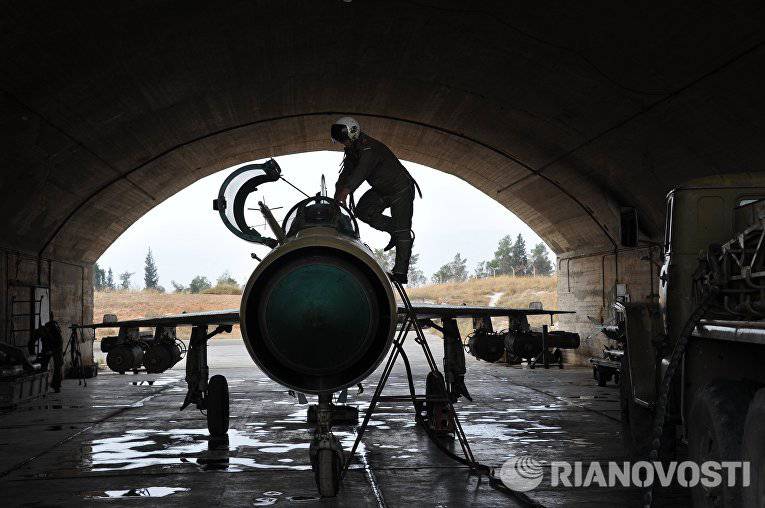 The MiG-21 became the strongest and most reliable military aircraft in stories.

It is known that the service life of military aircraft is extremely short, especially in periods of rapid technological development. The best aircraft of World War I became outdated literally within a few months. The same can be said about most aircraft of the Second World War. At the dawn of the high-speed century, entire aircraft fleets were written off as obsolete. The newest planes that fought in the skies over Korea just a few years later were written off as obsolete.

Only a few aircraft managed to withstand the test of time. Strategic bomber B-52 "Strathofressress" made its first flight in the 1952 year and is still in service. The new C-130, entered service in the 1954 year, continue to be produced to this day.

But these are all bombers and transport aircraft that do not have to fight with each other. In the case of fighters, the problem of short service life is particularly acute, because they have to directly confront the latest models. That is why fighters rarely live long. The exception to this rule was the MiG-21.

The initial test for serviceability of the MiG-21 began in the 1953 year. The successes of the MiG-15 and the MiG-17 indicated that Soviet aerospace engineers were able to compete with their western counterparts, and the MiG-19 became the first Soviet supersonic fighter. However, in the first two decades of jet flight technology changed so quickly that those fighters that were used in the Korean War, by the middle of the 1950-s were already outdated. Aircraft MiG-15 superior B-29, but could not compete with modern American bombers. The Soviet leadership planned that the creation of the MiG-21 would change the situation and help ensure air superiority.

The MiG-21 (according to the NATO Fishbed codification) could have developed a supersonic speed in 2 Mach, was equipped with two air cannons and could carry from two to six missiles. Like most fighters, it was usually used for assault operations, for which he could carry a limited number of bombs and missiles. As was the case with many other fighters, the Soviet military preferred to fly MiG-21 aircraft from the ground, which allowed them to abandon cumbersome and sophisticated radar equipment.

A total of 10645 MiG-21 aircraft were created in the USSR in the period from 1959 to 1985. By agreement with Moscow, India built 657 fighter jets and Czechoslovakia 194. Under rather strange and confusing circumstances, the People's Republic of China acquired a license and a sufficient number of technical documents in order to convert the MiG-21 to Chengdu J-7. In the 1966-2013 years in the People's Republic of China they released about 2400 fighters. To sum up the total number of vehicles, the MiG-21 is the most produced supersonic fighter in history.

The creators of the MiG-21 tried to deal with a number of major problems, and in the future, developers could not move much further. Modern fighters do not fly much faster than MiG-21, and their maneuverability only slightly exceeds the maneuverability of the Soviet design. Although they are equipped with more powerful artillery guns and more sophisticated electronic equipment, the armed forces of many countries see it as an unnecessary luxury: they just need cheap, fast and easy-to-maintain aircraft that can patrol airspace and occasionally drop several bombs. And the MiG-21 is great for this purpose.

It should be noted that the MiG-21 would not have become a particularly useful aircraft in the West. He has a small radius of action, he can not tolerate much weapons, and there is no place for installation of complex electronic equipment. The shape of his cabin limits the awareness of the pilot. However, the MiG-21 fully satisfied the USSR's need for a fighter-interceptor, which was able to fly and drop bombs over the fronts in Western Europe and from time to time serve as an interceptor.

During the Cold War, the United States received several modifications of the MiG-21 (in the end, they bought the division of Chinese fighter J-7). In general, the American pilots spoke well of the MiG-21, because it showed itself very well in the course of training for actions for a conditional enemy.

MiG-21 aircraft did not have to go through battles on the central front in the war between NATO and the Warsaw Pact countries, but it was repeatedly tested in combat.

In Vietnam, it became clear that the compact and fast MiG-21 is able to use the American rules of warfare to bypass groups of bombers before they can see and take aim. The size and maneuverability of the MiG-21 also allowed it to avoid strikes of air-to-air missiles. After the attack, the MiG-21 rushed to their bases.

An exception to this rule was the incident that occurred on 2 in January 1967, when the F-4 “Phantom” II fighter group, commanded by the legendary pilot Robin Olds, outwitted the Vietnamese command, driving him into a trap. On that day, the Phantoms shot down several MiG-21, including a plane operated by Nguyen Van Coc, who survived and later became the highest-performing ace in Vietnam. This made Nguyen the most successful MiG-21 pilot of all time, although several other Vietnamese and Syrian pilots also received the title of aces, flying the MiG-21.

Aircraft MiG-21 often used in wars in the Middle East. The Israel Defense Forces bombers destroyed Egyptian and Syrian MiG-21 fighters during the first attacks of the Six Day War. The MiG-21 fought Israeli fighters in the war of attrition, the Arab-Israeli war and the war in Lebanon, suffering heavy losses from skilled Israeli pilots. One day, Israeli fighters ambushed and destroyed several MiG-21, controlled by Soviet pilots.

The successes of Western aircraft in their opposition to the MiG-21 in the Middle East, as well as in Angola, led many to conclude that Soviet fighters were inferior to their Western counterparts. However, the factor of the level of pilot training significantly complicates the comparison process. In conditions of an equal level of training, the MiG-21 pilots proved to be more than adequate. For example, the Indian MiG-21 participated in the Indo-Pakistani 1965 war of the year and showed high results in the 1971 war of the year and in the Kargil conflict. They also demonstrated their effectiveness in the war between Iran and Iraq.

The number of exploited MiG-21 began to decline at the end of 1980-s and at the beginning of 1990-s, when more modern models began to come in its stead and when the collapse of the Soviet Union led to a sharp decrease in Russia's military power. The satellites of the Soviet Union, too, felt the consequences of this blow and could no longer afford to maintain these aircraft in service. But many countries have retained the MiG-21 and its Chinese counterparts.

Now the Soviet fighter is in service with the air forces of 18 countries, including two NATO member states - Romania and Croatia. Since 1960, the MiG-21 has been in service with armies around 40 countries. Chinese J-7 fighters remain in service in more 13 countries. China, Russia and Ukraine are still carrying out repairs and are engaged in the improvement of existing aircraft. The advent of the 3D era of the press, perhaps, will allow modern owners of the MiG-21 to keep them in service, because they themselves will be able to produce the necessary parts.

Modern MiG-21 are very different from the fighter, which came off the assembly line in 1959 year. They are equipped with completely different, more sophisticated weapon systems, including the PAMN, AAM, Magic 60 and Python III missiles. This makes them much more deadly than their Soviet predecessors. Moreover, they are equipped with more advanced electronic equipment and radar systems, which allows them to carry high-precision guided missiles on board.

China has stopped production of J-7, which means that we watched the latest version of the MiG-21 roll off the assembly line. Croatia and Romania will be decommissioned by MIG-21 in the next five years. After several accidents, India also sends its MiG-21 to rest (if it succeeds in buying or replacing it on its own). The Chinese J-7 is now used mostly for educational purposes.

However, all this does not mean that the MiG-21 has come to an end. Many modifications of the J-7 still remain in service and still be able to serve for some time. Bangladesh purchased the last batch of J-7 in 2013, and it will not need to replace it soon. The armed forces of many countries simply do not need more complex and expensive aircraft, and the MiG-21 suits them in all respects. Most likely, none of the fighters will be able to overcome the threshold in 100 years (although the B-52 has every chance of that). But the MiG-21 will easily jump over the sixtieth and even the seventieth anniversary since its inception, since it remains one of the most legendary fighters of the supersonic era.

Robert Farley often publishes articles in The National Interest. He is the author of The Battleship Book. Farley teaches at the Patterson School of Diplomacy and International Commerce at the University of Kentucky. His areas of specialization include military doctrine, national security and maritime affairs.

Ctrl Enter
Noticed oshЫbku Highlight text and press. Ctrl + Enter
We are
Russia – USA: bomber contest (The National Interest, USA)Situational analysis of the death of the MH17 flight (Malaysian Boeing 777), made on the basis of engineering analysis from 15.08.2014
Military Reviewin Yandex News
Military Reviewin Google News
108 comments
Information
Dear reader, to leave comments on the publication, you must sign in.