Russia will build 12 powerful warships equipped with 200 missiles each (The National Interest, USA) 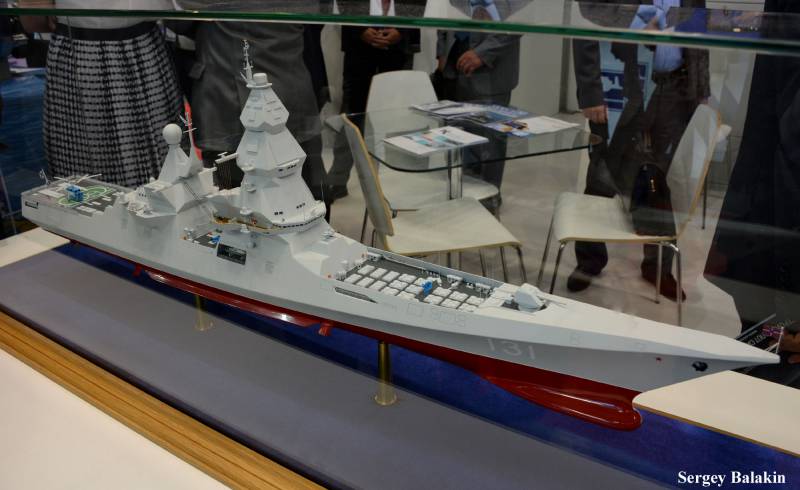 It is expected that the Russian United Shipbuilding Corporation will sign a contract with the Kremlin for the construction of a new powerful destroyer project 23560 «leader», after his final appearance it will be approved later this year.

“At present, the conceptual design of 23560“ Leader ”is under consideration by the Ministry of Defense,” said Igor Ponomarev, USC Vice President for Military Shipbuilding. “After a positive decision, the technical design of the ship and the documentation for the construction of the ship will be developed within the time specified by the Ministry of Defense as part of the contract to be signed.” 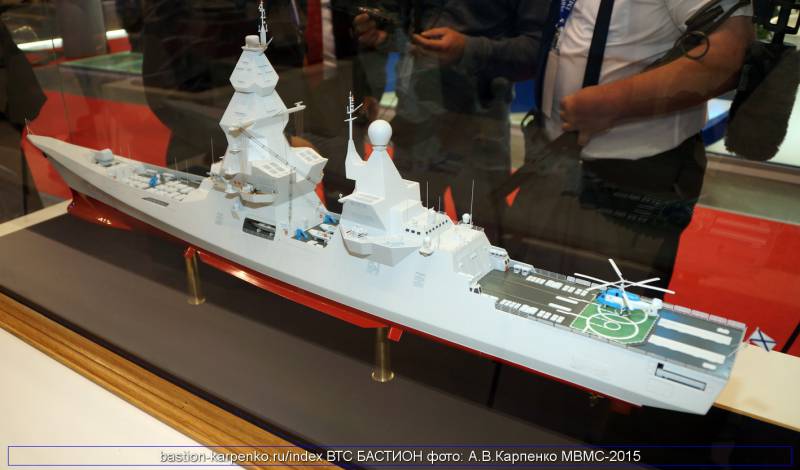 The new warship, which will be classified as a destroyer, will have a displacement of about 17,5 thousands of tons, have a length of 200 meters and a width of 20 meters, that is, will be more massive than most heavy cruisers of the Second World War era. Destroyer class "Leader", on board which, as expected, will be no less than 200 missiles, will be the second largest modern surface combatant ships, second only to the heavy nuclear missile cruisers of the 1144 "Orlan" project.

This new destroyer will be equipped with anti-aircraft, anti-missile and anti-submarine defense. Most likely, he will also have the ability to attack ground targets, in particular with the help of Caliber-NK long-range cruise missiles. Although little is known about destroyers of the Leader class, these ships will be equipped with 60 anti-ship cruise missiles, 128 anti-aircraft guided missiles and 16 anti-ship guided missiles. While accurate information about the combination of various missiles that will be on board the destroyer, no, but the air defense systems are likely to become variants of the C-400 or C-500, while anti-ship guns will become variants of the supersonic Zircon rocket.

So far, Russia has provided quite a bit of information about the Leader destroyer engine, but most likely this ship will be atomic and will be able to reach speeds in 30 nodes. He will probably also be able to stay at sea without support for 90 days. At the end of last year, representatives of the US Naval Intelligence Agency suggested that Russia would build 12 new warships.

“Depending on the type of engine, these ships can have a displacement of 8 to 18 thousand tons, combining the characteristics of destroyers and destroyers and possessing powerful means of warfare in the air, on the water and under water, as well as missile defense systems. According to some reports, Russia intends to build six such ships for the Northern and Pacific fleets (12 in total), according to a report of the Office of Naval Intelligence on the Russian military the fleet. - The main unit is likely to be built no earlier than the mid-2020s. There were reports in the media that the decision on the engine - whether it would be a traditional gas turbine or nuclear engine - has not yet been made. The final version may depend on the decisions that need to be made in relation to the new aircraft carrier, which, if it is built, is likely to be nuclear. ”

If we assume that Russia will be able to build ships of the Leader class in its current economic situation, these new destroyers will outnumber the largest surface warships in the US Navy. Moreover, the atomic engine will allow these large warships to perform operations around the world, without needing to refuel and enter the port. This will allow Moscow to obtain an effective force projection tool, which is close to the carrier-based strike force.

Ctrl Enter
Noticed oshЫbku Highlight text and press. Ctrl + Enter
We are
"Storm" to choose from, "Flurry" under the orderThe National Interest: four weapons systems that should be abandoned
Military Reviewin Yandex News
Military Reviewin Google News
181 comment
Information
Dear reader, to leave comments on the publication, you must sign in.