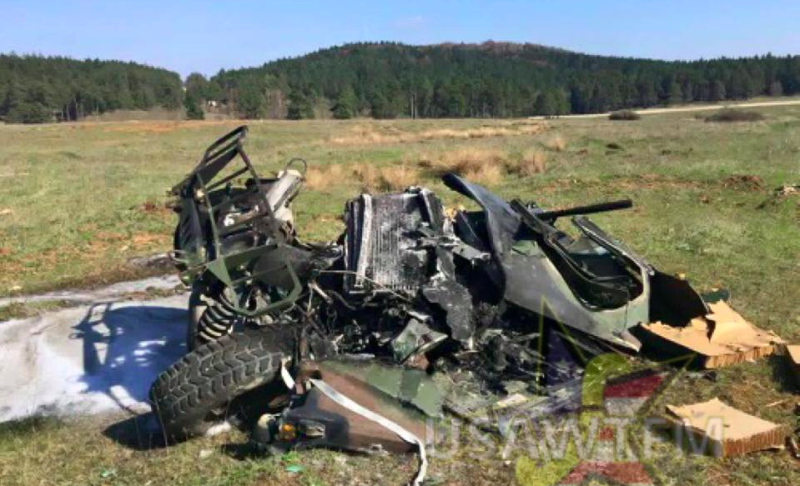 Six weeks before the start of an important summit meeting aimed at strengthening the containment policy with respect to Russia, which is gaining momentum, the alliance has yet to resolve many questions. First, find a country ready to lead the last of the four battalions to be deployed in Poland and the three Baltic countries.

But this, according to analysts, is perhaps the least of the problems.

Since the end of the Cold War, security concerns have never reached such a high level. While the migration crisis is exacerbating tensions between the countries of the continent, fears are heightening in the context of the Russian military offensive in the Crimea and in the east of Ukraine, as well as the bombing of Syria, which demonstrated the rapidly growing capabilities of Moscow. In addition, Russia has recently openly expressed the benefits of tactical nuclear weapons.

Despite growing threats, many European countries still resist decisive measures to strengthen the positions of NATO. Many still do not want to increase military spending, despite promises made in the past. Some - like, for example, Italy - are cutting them down. France is returning to its traditional skepticism towards the alliance, in which it sees the instrument of American policy and the encroachment on its own sovereignty.

And this is not to mention the statements of a potential Republican candidate Donald Trump that NATO is "outdated", that the allies are "being ripped off" the United States, and that if the alliance collapses, it will not particularly regret it. Although these words can be attributed to the bragging of the election campaign, they do reflect a growing reluctance in the United States to bear a disproportionately large share of the NATO burden on both their shoulders, both militarily and financially.

Now the main concern and one of the main elements of what NATO Secretary General Jens Stoltenberg calls “the biggest strengthening of collective defense since the end of the Cold War” is the decision to deploy four combat battalions numbering up to a thousand soldiers in each of the countries bordering Russia.

While Great Britain, Germany and the United States agreed to each lead one battalion to include soldiers from other NATO allies and support the idea of ​​a multinational force, the leadership of the fourth has not yet decided how fast the NATO summit is approaching scheduled for July 8-9 in Warsaw.

The United States "is not considering the option of organizing two military units," said US Ambassador to NATO Douglas E. Lute. “We plan to prepare one and give our allies the opportunity to become more active” in the case of the other three.

But other major European countries, such as Italy and France, refused this offer. Italy reduced its military spending after two years ago in Wales committed itself to increase them. Its leaders claim that the country is already participating in the newly expanded Alliance of Rapid Reaction Forces.

And France, with the current socialist government having returned to more critical views of NATO and its American leadership, is already lacking during military campaigns in Mali, the Central African Republic, North Africa and Syria, not to mention patrolling its own streets because of the terrorist threat .

France is ready to help battalions with only 150 soldiers, NATO officials say, after all finally agreed with the idea of ​​further deployment in Poland, although initially this plan was taken hostile. Germany, six months ago, speaking out against these military units, eventually met halfway, but in exchange for efforts to resume dialogue with Russia. She also agreed to lead one of the battalions.

Thus, the search for the fourth leader continues. Mr. Stoltenberg is confident that by the beginning of the summit he will be found.

The deployment of forces is important because these combat battalions are not just cover troops, but are large enough and well equipped to cause significant damage to the invader. Then, it is possible to reinforce them with the expanded detachments of the rapid reaction forces and - another decision of NATO and America - they can deploy another US armored combat unit of about five thousand soldiers in Europe (a total of three) and deploy such heavy equipment in advance Tanks and artillery.

Poland demands that part of this weapon be located on its territory, but for the time being most of it will go to Germany, Belgium and the Netherlands, which have the necessary facilities and vehicles from the times of the cold war.

NATO, in fact, has just now begun to check the infrastructure (bridges, highways and railways) in the new member states in Central and Eastern Europe, having not considered it necessary first to draw up a plan for their rapid strengthening in the event of a Russian invasion. According to Mr. Lüt, preliminary deployment in Eastern Europe will now require major investments needed to build special new warehouses and infrastructure.

In brief about NATO

Poland, eager to send signals to Moscow, succeeded in advancing the construction of a new missile defense base, which coincided with the opening of a similar facility in Romania. Mr. Stoltenberg’s and Washington’s insistence that this type of missile defense system is not directed against Russian intercontinental ballistic missiles is not convincing Moscow.

Moreover, France is skeptical about the situation, seriously concerned that the reaction time of the missile defense system will not allow the North Atlantic Council, the Assembly of Member States and their ambassadors who make NATO decisions on the basis of consensus, to exercise political oversight.

For the same reason, France reluctantly grants the supreme commander of NATO, whose position is always held by the American senior officer, extensive powers in a crisis, when, as others say, it is necessary to act immediately.

However, the original missile defense program, combined with new bases near the Russian borders (intermittently intermittent, so that they would not be called “permanent”) and expanded rapid reaction forces supposedly ready to deploy during 48 hours, all show how much Russia's recent actions have affected on the calculations of NATO.

NATO is trying to assure the most vulnerable members, such as the Baltic countries, Poland, and even their southern allies on the Black Sea, like Romania, Bulgaria and Turkey, that the alliance intends to fulfill its promise of collective defense. Missile defense is part of the response, along with naval exercises in the Black Sea and more consistent overflights made by reconnaissance aircraft.

As Mr. Stoltenberg notes, the influence of Russian politics has finally pushed European members of NATO to at least halt the decline in military spending that has been going on for decades. According to forecasts for the current year, he says, the European allies, as demanded by Washington, will generally increase military spending, although most of them still have defense spending not reaching the NATO-established figure of two percent of GDP.

Sixteen of the 28 member countries have increased their military spending in practice, and only Italy, Bulgaria and Croatia are still cutting them down, although they insist on the temporary nature of these reductions. “I know what moods prevail in Washington, and I understand them: Americans want Europeans to do more for the bloc, to contribute,” says Mr. Stoltenberg. “That was my main message in European capitals.”

Nevertheless, NATO faces another problem with Russia: how to deal with the new Russian military doctrine, which considers the usefulness of tactical nuclear weapons at the beginning of the conflict, as a means of intimidating the enemy intending to recapture the territory, followed by what planners call “ rapid de-escalation. "

Some member states believe that Russia already has nuclear weapons in Kaliningrad, a Russian enclave in the Baltic States, where it has already put nuclear warheads on display for all to see. Russia has not clarified the question of whether they were removed from there.

Conscious of the public horror caused by the potential use of nuclear weapons, Mr. Stoltenberg, Mr. Lut and others stress that NATO "remains a nuclear alliance" and that its deterrence is conceived as "uninterrupted", ranging from responses to cyber attacks by conventional weapons to if necessary, nuclear weapons.

NATO does not see its nuclear arsenal as a tool that can be used for any other purpose than political deterrence, said Stoltenberg. “But as long as there are nuclear weapons in the world,” he believes, “we must remain a nuclear alliance.”