A company of infantry battalion of the Armed Forces of Georgia did not attend the exercises in Poland ... because of the chickenpox

10 2016 June
76
RIA News, referring to the Minister of Defense of Georgia, reports that a unit of the Georgian Armed Forces, which was to take part in the international military maneuvers "Anaconda", did not arrive at these exercises. The official representative of the main military department of Georgia says that the reason for this was an infection that was detected by doctors. We are talking about a chickenpox, which sick two Georgian soldiers 12-th infantry battalion.

From the statement of the press service of the Georgian Ministry of Defense:
In this regard, the General Staff of the Georgian Armed Forces held a consultation, at which it was decided that the company would not take part in the Anaconda exercise, in order to avoid the spread of the virus among the exercise participants. 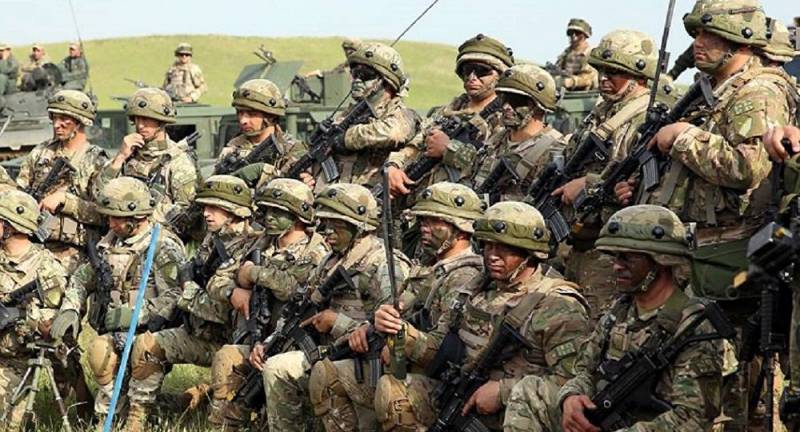 We are talking about the third company of the mentioned Georgian battalion, in which sick soldiers serve.

It should be recalled that the exercises "Anaconda" are held in Poland. In total, more than 30 of thousands of soldiers and officers from 24 countries are involved in them, including Georgia, the United States of America, Germany, etc.

This news It acquires a special tint against the background of a recent report that three thousand NATO soldiers at a training exercise in Finland were frightened by a bear, who decided to look into the soldiers' canteen. After such messages, you can “anxiously” expect what will be the next reason for disrupting the planned course of NATO exercises with “allies”? - Eclipse or diarrhea? ..