Sky-sick: in memory of the commander of the Russian Knights Sergey Eremenko

10 2016 June
75
The pilot of the Russian Knights group, Sergei Eremenko, whose plane crashed in the Moscow region today, did everything to divert the car from residential buildings. But there was not enough time for the ejection. These are the preliminary findings of investigators working at the crash site.
Here it is - the very performance of the Russian Knights aerobatic team in the sky above the village of Ashukino. Today, a monument was opened there to the aviators of Russia - an airplane heading up on a pedestal. It can be seen how the six Su-27 fighters lined up by the pyramid overcomes difficult weather conditions - the link now and then disappears in thunder clouds, and in the next frame it is already a black column of smoke from an explosion. From the end of the flight program, it took just a few seconds, "Knights" returned to the base in Kubinka. 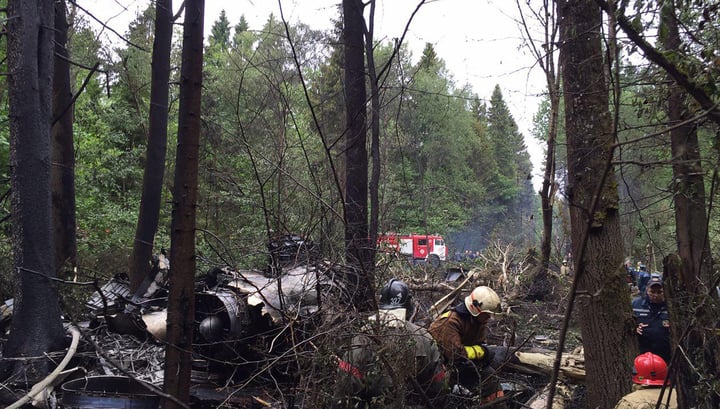 This is the very place of the disaster - the fighter fell in a forest belt, not far from residential buildings. Judging by the direction of the burning glade, the pilot at the last moment sent the car away from the village of Muranovo.
“The pilot of the Su-27 took all possible actions to divert the emergency vehicle away from the village. There was no time left for the pilot to eject,” the Defense Ministry said in a statement.
At the helm was the flight commander, Guard Major Sergei Eremenko. Extra-class pilot. He began his career as a military pilot in the 31 Fighter Aviation Regiment. Yak-52, L-39, MiG-29, Su-27 - flew a total of eight hundred hours. From 2010 year - in Kubinka, first in the aerobatic team "Swifts", then moved to the "Russian Knights".
He talks about the details of the next airshow. Them in stories There were hundreds of “Russian knights” - including the most important ones, in the Victory Parade flew over Red Square - and in the majority Sergey Eremenko participated.
Painted in the colors of the Russian tricolor, the aircraft of the “knights” will be recognized at any airfield in the world - this is the only aerobatic team flying heavy fighters. The unique Cuban Ruby figure, by the way, was demonstrated on May 9 on May 9 by nine supersonic cars in the air at the same time. But only the most experienced pilots in the country participate in these impressive performances. One of them, the first-class pilot Sergei Eremenko, "Russian Knights" today lost. This is his last interview - May 2016. “Every person should have a purpose in life. And they should be more and more new, new and new,” he said.
Sergey Eremenko still has a wife and two children. He was 34 of the year.
A month before his death, the pilot gave an interview to TASS for the special project "Always on the top" on aerobatic teams. 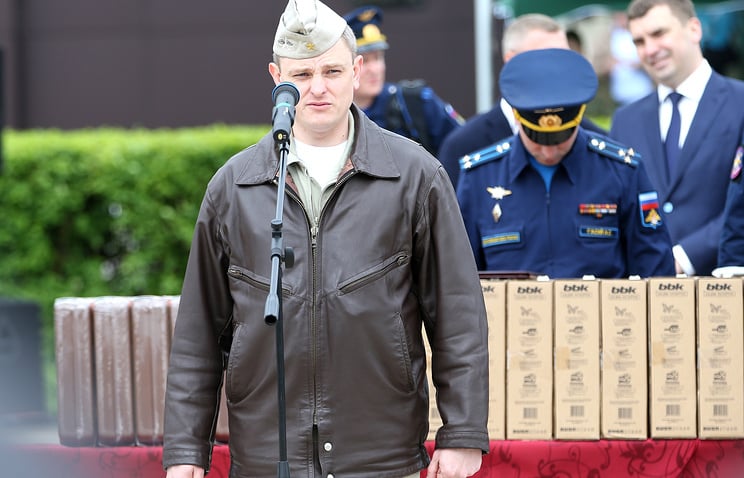 June 9 Su-27 fighter crashed in the suburbs after performing a demonstration flight. Major Sergei Eremenko, pilot of the Russian Knights air group, led the car away from the village and saved civilians at the cost of his life. He was 34 of the year.
A month before the death, the pilot gave an interview to a TASS correspondent in which he spoke about the characteristics of aerobatics, about his work and his life in the sky. We publish excerpts from his comments for the special project "Always on top", dedicated to the 25 anniversary of the Strizhy and Russian Knights air groups.
About the sky
We are sick of heaven, each of us
- When you do not fly for a long time on vacation, still the sky begins to dream. You think that you are tired of work, but a week or two passes, and again you want to be at the helm of the aircraft. Still, we can say that we are sick of heaven, each of us.
Real top
- Go to this all my life, come and quit? Of course not. I think this is the dream of any pilot. The real top.
About pilots
The pilot is an ordinary person.
- The pilot is an ordinary person, just the requirements for him are more stringent. When you just start flying to aerobatics, the effect of overload is unusual. It takes time to get comfortable. However, everything later becomes a habit.
About aerobatics
It is difficult to tear the hand from the knee
“With solo piloting, overloading can reach 9 g (units), which means that a person is under pressure nine times more than his own weight. Group aerobatics usually do not exceed overloads in 6 units. In this case, even with an overload of three units, it is already difficult to lift the arm from the knee.
The main thing is not to go into a corkscrew
- Almost all the figures are performed on overload. Perhaps the most difficult to implement is the “Bell” and the passage at minimum speed (200 km / h). It is necessary to support the aircraft, do not let it fall and do not go into a tailspin. With such discomfort, pilots must maintain their place in the ranks, to think with lightning speed and react to various deviations, listen to the commands of the leader.
About the figures
"Barrel" is performed by all pilots
- Take as an example the “Barrel” shape (turning the plane around the longitudinal axis by 360 degrees). If it is single, then this is the basic figure performed by all pilots. If the group - then it is already difficult, make it only pilots.
In battle, "Barrel" gives the pilot the opportunity to escape from the enemy's rocket
- When the “Barrel” makes the air group, the basic meaning and skill is in the synchronous implementation of this figure, both started and completed, in a precise keeping of its place in the line and the position of the aircraft in space. A single “Barrel” in a battle gives the pilot the opportunity to suddenly change his spatial position, escape from the enemy’s rocket.
About airplanes
"Microscopic" nuances
- Of course, there is no global difference between planes, but “microscopic” nuances, of course, will always exist. On the same plane, the engines work a little differently, you sit in the other - both go out to power equally. And of course, the pilot, who flew at the helm of a single machine, will tell all about the tiny differences in its management.
There will be much more opportunities.
- Su-30 compared to Su-27 is completely different - both in piloting and in engine control. There everything is on electronics. To some extent it is a bit more difficult for group aerobatics. When they arrive at our unit, they will have to fly around them in pairs, gradually getting used to the management, piloting in the group. In solo pilotage will be much more opportunities, it will be much more colorful and diverse. There you can perform such figures, which have not yet come up with names.
Ctrl Enter
Noticed oshЫbku Highlight text and press. Ctrl + Enter
We are
Looking to the futureNATO losses in Yugoslavia
Military Reviewin Yandex News
Military Reviewin Google News
75 comments
Information
Dear reader, to leave comments on the publication, you must sign in.