About how the cool night turned into a "hot" 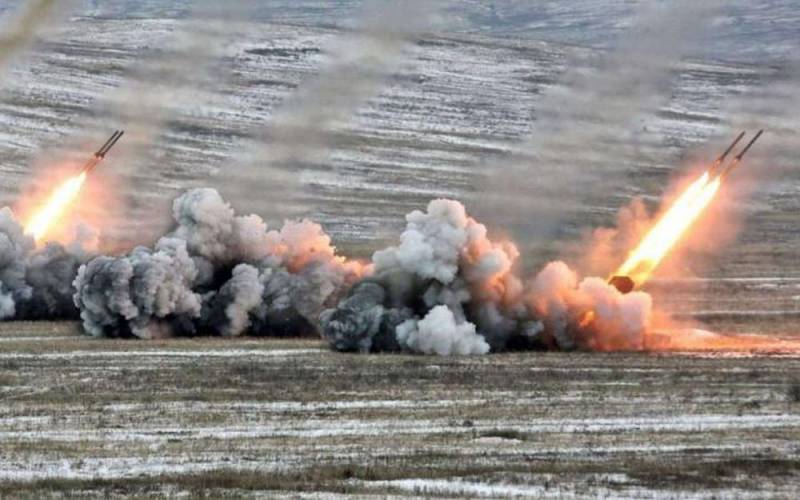 A cool night on June 9 in Donetsk and Makeyevka suddenly became “hot”. Shelling was heard even in the center, he caused electricity interruptions throughout the city. As usual, the Kuybyshevsky and Kievsky districts of Donetsk were hardest hit. Makeevka, Yasinovataya, Dokuchaevsk were also injured.

As a result of these attacks, one civilian was killed and 15 was injured. Among the wounded is a three-year-old child. Six fires broke out. One multi-family and more than forty private houses were damaged. One private house in the Kuibyshev district was almost completely destroyed.

In the Kiev district of Donetsk damaged two enterprises - construction and production of polyethylene.

Also suffered two mines - named after Zasyadko in Donetsk and "Butovskaya" in Makeyevka. One of the workers at the Butovskaya mine belonging to the Makeevugol enterprise was injured. At the mine to them. Zasyadko due to the de-energizing caused by the punitive attack, the 27 miners remained underground for several hours at the risk of their lives (fortunately, everything was fine).

According to the deputy commander of the corps of the Ministry of Defense, Eduard Basurin, during the same massive shelling, one soldier of the DPR Army died and another was wounded.

According to the Ministry of Defense, 113 mines of 82 mm and 120 mm mines were released on the territory of the Republic that night.

Chairman of the People’s Council of the DPR, Denis Pushilin, who is the head of the Republic’s delegation at the Minsk talks, said that these attacks are comparable in intensity to those conducted in August 2014 of the year.

“The Armed Forces of Ukraine purposefully bombarded the residential sector of the cities of Donetsk, Yasinovataya, Makeevka. In order to prevent aggravations and immediately stop Ukraine’s actions, the DPR is initiating an emergency meeting of the Contact Group via videoconference, ”said Pushilin.

However, the Kiev regime refused from such a meeting, which was to be held on June 9. It is clear that this monstrous regime does not wish to bear responsibility for the gross, criminal violation of the Minsk agreements.

The places of shelling were, as usual, inspected by OSCE observers, on whom no one has long pinned their hopes.

It is possible that these attacks were not just a malicious desire to cause as much damage to civilians. The head of the Operational Command of the DPR, Denis Sinenkov, believes that this was a planned provocation. The fire, he said, was fought from Avdiivka, where there were journalists from the Kiev side. The goal was simple: to force the Donetsk People's Republic to return fire, to declare a violation of the Donetsk Minsk Agreement.

Sinenkov added that a special commission would be created to investigate the incident. “All the circumstances of the incident will be recorded, documented and communicated to international organizations,” he said.

Donetsk residents involuntarily recall that Ukrainian punishers often podgadivayu their shelling for significant holidays, including the church. So this shelling fell on the Ascension of the Lord.

And in the year 2014, the very same church feast saw the death of the first child of Donbass, six-year-old Polina Sladkaya, a little resident of Slavyansk. The shell of the Ukrainian howitzer then interrupted her life ...

So far, no one has answered for this death, as well as for many, many subsequent ones. And the chances that the echo of the “hot” night on 9 June will be heard internationally are small. There, at the international top, as always, are "blind" and "deaf."