9 2016 June
46
The Japanese military department recorded the presence of Russian warships and a Chinese frigate near the disputed Senkaku Islands in the East China Sea. On this occasion, the Japanese Foreign Ministry has already protested the PRC, reports Lenta.ru report with reference to the agency Kyodo. 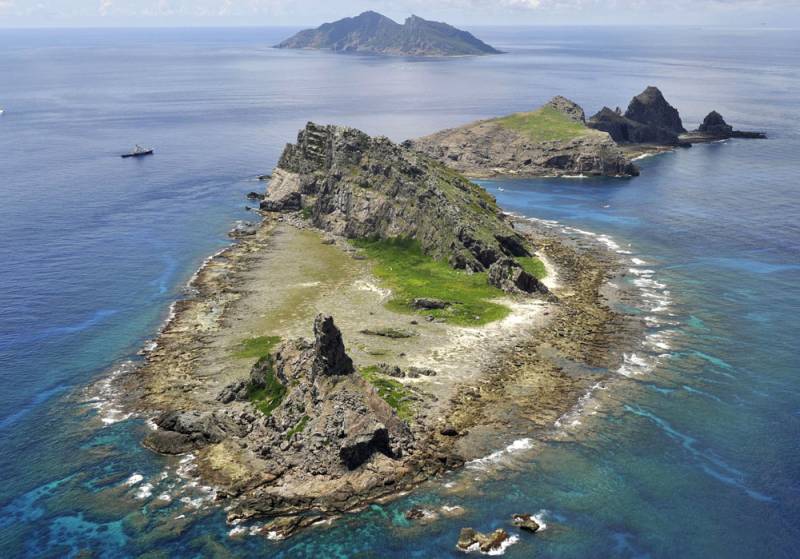 According to the report, today "around 00: 50 local time (18: 50 MSK) a Chinese frigate was spotted in the Senkaku archipelago outside the territorial waters of Japan."

And the night before, “around 21: 50 local time (15: 50 MSK), in the same area near Kubashima Island, the Japanese destroyer Khatakaze immediately spotted three Russian warships that left this zone without entering the territorial waters of Japan, after about five hours. "

According to the agency, "the Japanese Foreign Ministry expressed serious concern over the appearance of a Chinese ship near the disputed islands and called the Ambassador of the People's Republic of China Chen Yonghua." In addition, "Tokyo contacted Moscow through diplomatic channels to draw the necessary attention to the actions of the Russian Navy."

Chinese diplomats, in turn, noted that "they consider the area in which the frigate was located, the territorial waters of China, and therefore the warship had the full right to perform tasks in the specified zone."

The publication reminds that the de facto controversial islands of Senkaku are controlled by Japan, but China makes claims against them from the 60s of the last century. Beijing claims that "the archipelago was discovered by the Chinese in the XIV century and is originally Chinese land."

Ctrl Enter
Noticed oshЫbku Highlight text and press. Ctrl + Enter
We are
The situation in the south-east of Ukraine. Chronicle of events. 3 MayNews bulletin: the situation around the Senkaku Islands may escalate
Military Reviewin Yandex News
Military Reviewin Google News
46 comments
Information
Dear reader, to leave comments on the publication, you must sign in.