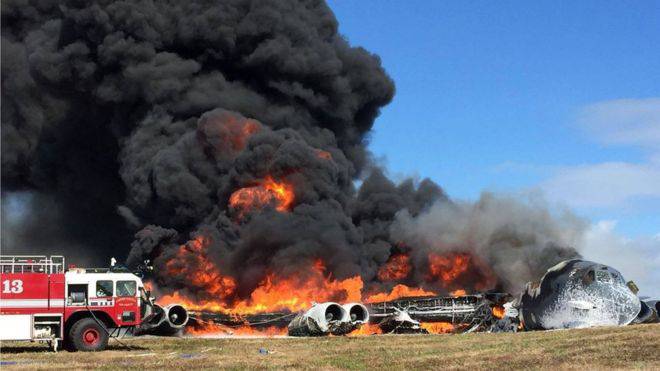 At the end of 2015, after a year-long series of crashes of Russian aircraft of the Russian Aerospace Forces, a number of Western experts expressed the opinion that aviation the park of the Russian Federation is outdated.

Well, how can you not rejoice in the enemies of Russia - the combat aircraft of the “aggressor” are supposedly outdated and are raining in the direct sense of the word.

The enemies of Russia, external and internal, then happily announced the full wear of the military fleet of the “aggressor country” and, with the help of all available media and social networks, created the opinion that “Russian planes are falling apart, like Russia itself.” The main reason was called the process of gradual accumulation of damage and the destruction of metals under the action of repeatedly applied loads is called metal fatigue.

But, if we talk about high accidents and the deterioration of the material and technical base, then various experts should remember that most of the units of aviation equipment that are in service with both the USA and Russia became operational almost 30-40 years ago.

In general, you can easily find information according to which the majority of fighter aircraft of both countries were put into service at about the same time - at the end of the 70 and early 80s of the last century. So the wear and tear of units and components of combat aircraft must be at least equivalent.

I wonder how our liberals will now explain the loss of six aircraft by the United States, in less than two weeks - from May 19 to June 2 2016?

May 19 on Guam fell strategic bomber B-52. The 26 of May encountered two carrier-based fighter f / a-xnumx hornet. June 18 right in front of President Obama’s F-2 aerobatic team Thunderbird crashes. On the same day, another F / A-16 Hornet crashed in Tennessee.

Tellingly, the main part of the losses of the US Air Force over the past few years have been the F / A-18 Hornet, while Russia basically loses in the MiG-29 accidents. This is despite the fact that the "Hornets" are younger than our MiG-29 by as much as 6 years, and this is a long time for aviation. 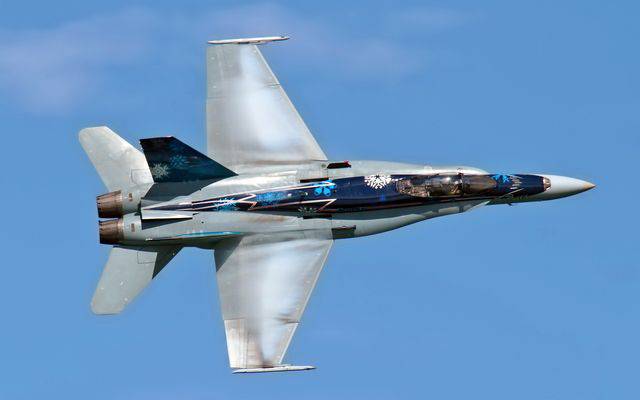 The reason is quite simple: this is what we really inferior to our "Western partners" all 90-e and "zero", so it is in the number of flown hours. For example, the average flight time of the pilot of the American Air Force was at the time of the fall of the USSR 240 hours per year, while in Russia this figure in 90-s fell to catastrophic 10-50 hours per year.

So, for some time, our aircraft was on a sort of forced conservation - due to this, the gliders of airplanes remained longer.

By the way, in recent years, due to a reduction in the defense budget, the United States reduced the number of hours of flight for pilots by half (one flight hour costs the US in 20 000 dollars). For example, in 2014, the annual raid of a US pilot was supposed to be 120 hours, while in recent years our pilots raised the number of flying hours to 175.

In fact, now the United States is at all in an extremely difficult situation. According to the plans of the Pentagon, with the launch of a series of single multipurpose fighter F-35 planned to write off obsolete fighter F-15, F-16, F / A-18 and attack aircraft A-10. But the operation of the experimental F-35 series revealed so many problems that the military even began to doubt the success of the project. And with the cuts in funding, the Pentagon has grabbed its head at all - maintaining obsolete aircraft is expensive, but at least they fly guaranteed. And if they are written off and invested in the re-equipment of the “raw” F-35, then you can leave the country without aviation at all.

So we have to American pilots to fly on ancient aircraft with worn gliders. In addition, the F / A-18 flights were not stopped after losing three cars in a week - something is wrong with this damnable flight safety, isn’t it?

The F-22 in service seems to smooth the problem, but there is another catch, besides the Raptor armament systems that have not been fixed for 20 years. And it is called - the concept of battle. The fact is that at one time the United States decided to abandon the maneuverable melee and focused on the attack from long range with an inconspicuous fighter. That is how they created their F-22 Raptor. But, judging by the fact that the high-speed maneuverable version was laid in the F-35 project, something went wrong (namely, the damned quilted jackets created long-range air-to-air missiles, modernized their AWAXs A-50, and made a big breakthrough in the development and production of AFAR), and the United States cannot rely only on Raptor. As they say - there is no peace from a bad head and legs.

In the meantime, gentlemen Americans will get out of the trouble that they themselves have created, the Russian Aerospace Force confidently showed its capabilities in Syria, thereby plunging not only the Pentagon, but the entire world community into shock. Meanwhile, the Russian military-industrial complex is preparing the newest 5 fighter, the generation of the PAK FA, or T-50, for mass production, continuing to saturate the air force with new generation fighter 4 +++.