9 2016 June
176
The frank exacerbation of the situation on our borders in the area of ​​the states of the border countries (Estonia, Latvia, Lithuania, Poland) made us think over the perennial question "Who benefits?" It is clear to whom it is profitable, and so it is, but how and why? And, most importantly, what to expect from outright hysteria around Russia? 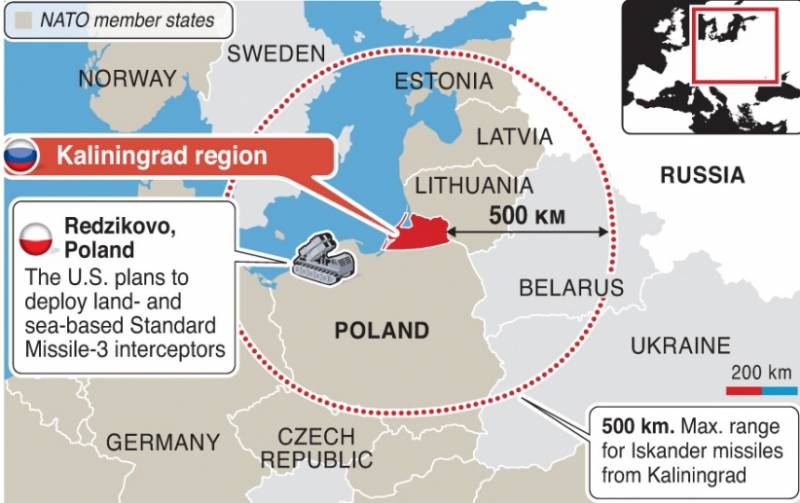 Reasonable people, even living in the above four (and there, no doubt, there are such), it is clear that Russia will not attack anyone. Due to the complete inappropriateness. However, the maneuvers are a series, and the maneuvers, you know, are not at all defensive in any way.

In general, it would be possible to say more in detail about this, but it suffices to ask one single question: who has defended NATO in recent years for 30? And that is all.

So, no one will be defended now. And if there is no defense ... Further, I think everything is clear and true.

But all these movements of the mighty Baltic armies, the deployment of military contingents and armored vehicles so far arouses on the Russian side only either laughter or concern. No more.

However, the increased pushing of Finland and Sweden into NATO makes us think very hard about the consequences.

One cannot argue that in NATO very often “dull” by Zadornov sit. Not. There are quite professionals who can draw conclusions from previous situations. And they are well aware of the current state of affairs in Russia.

And there is an opinion (and it is not only my personal one) that behind all these jumps and grimaces there can be more than a concern for the fate of the poor border countries, who are again threatened by Russian occupation. Namely, a far-reaching mnogohodovka, the purpose of which is our western enclave. Kaliningrad.

In general, Kaliningrad has a lot in common with the Crimea. Only the situation is much worse geographically. Russia is too far, anyway. The bridge is not laid, and the cable does not throw. And the environment is worse not to find, completely from galloping and "loving."

And then the unscientific nefi-fiction begins. Vangovanie if you want. Which, however, has a certain meaning. I will explain why.

Today it is already possible to say with confidence that the situation with the Crimea has almost settled down. And in fact, the whole world has come to terms (forgive my tautology) with the fact that Crimea is Russia. And that there is no way to cope with any blockades, if only because it is unrealistic to block the peninsula in the sea, where the Russian Navy is ruled by a ball. And in the Crimea itself there is enough power and technology to reach Kiev or Bucharest. And it will be enough - during the day you can throw.

With Kaliningrad everything is much more complicated and sad.

First, a few questions for overclocking.

1. Are sabotage actions in the territories of the above countries, directed towards the Kaliningrad region, modeled on the Crimea possible?

The answer is yes. Finding modern “forest brothers” in Lithuania is easy. And undermine a pair of power lines, too. Another thing is that, in contrast to the Crimea, Kaliningrad is energy independent, moreover, in 2014, it even exported electricity to the same Lithuania. But such actions on the "Crimean scenario" can affect, and significantly, the balance of the system, tied exactly to the Lithuanian networks.

2. Is land blockade of Kaliningrad possible?

The answer is yes. Moreover, spent by Poland. I do not mean the blockade of "Night Wolves", but perennial altercations about the cargo transit between Poland and Russia. As for Lithuania, then everything is transparent. Will order from above - the borders will be closed. And the reason ... the reason today is easy to find. And there, from where the order will be given, no doubt will find it.

3. Is a sea blockade of Kaliningrad possible?

Not at the moment. However, if Finland and Sweden decide to join NATO, any possible development of the situation is possible.

In general, if we speak about the naval blockade and all the consequences related to this issue, then difficulties may arise. The Gulf of Finland is still the gut in which you can quite easily arrange a provocation in terms of shipping. And there and before breaking the border of someone from the neighbors hand in hand.

Which of these can benefit, I do not dare to say yet. But according to the experience of the last century, I can say that Russia and the USSR were quite successfully blocked in the Gulf of Finland.

4. Is air blockade of Kaliningrad possible?

Obviously possible. Close to its airspace for Russian aircraft can any of the countries. How did Ukraine. Base? And who needs a foundation today, especially if there is a master's order?

Moreover, the practice of the Turkish incident showed that if you really want to shoot down someone's plane, then there are no particular problems. According to the Turkish scenario, issue a couple of protests, and then calmly slam a rocket around the plane. And not necessarily fighting. The main thing is to have a reason. For example, if an airplane wing on the 3 seconds goes beyond the line of the air border.

Proceeding from these, let's say, rather amateurish reasoning, I don’t strive to prove that tomorrow NATO will begin the blockade of Kaliningrad. I am only discussing a hypothetical possibility. It turns out that in the future this possibility may take place.

Moreover, pay attention to where the NATO soldiers have been maneuvering and learning lately? And where are the new forces introduced?

Not Romania. Not Hungary. Not Bulgaria. That is, not those who are relatively close to the Crimea. There is silence and grace. But in the north of hysteria and saber weapons. And full preparation for repelling aggression. And if in translation - then to the aggression itself.

Yes, it is possible that strangling Kaliningrad will not work. But in this case, NATO still does not mean nothing. Just because the main Russia will be forced to intercede for its enclave. It can't be otherwise. But there is complexity. Yes, if you block the train and auto-message, it is still flowers. But seriously take up the airspace and sea lanes?

With the air, everything is sad, because you have to fly around through the Baltic Sea. I am not an expert, therefore I will not seriously discuss this topic due to incompetence. But in any case, air transport is unrealistic to supply the million population of the region. Proved by Transnistria.

There is a sea route. And here there is a field plowed for various claims and provocations. The benefit of all this is more secure than disassembly in the air.

The list of claims that can be thought out and voiced has been developed for a long time and not by us. The list of those who can complicate navigation in the area is also. Lithuania in particular. "Sea Wars" with arrests, inspections, claims - all this is quite old.

It is clear that the main task of the Balts is to raise the maximum hype and demand once again protection from Russia, brazenly trampling on their maritime lines. It is clear that they can raise the noise. Besides noise, nothing else, since the naval forces of any of the Baltic countries are laughter. Poland looks a little better with its retired American corvettes and Danish submarines. But still funny.

But this can not be said about Germany. As well as the Swedish Navy. These are the two most serious forces in the region, especially the Germans.

Yes, you cannot discount our ground forces. But this is not about war, so far, at least. We are talking about possible pressure on us with the help of half-police sanctions. From which to confrontation at hand.

There is no fire without smoke. The increased activity of the countries of the NATO bloc in the Baltic Sea region is so far only smoke. And Kaliningrad is a pain point on which our potential opponents can easily strike.

Ctrl Enter
Noticed oshЫbku Highlight text and press. Ctrl + Enter
We are
Republic of the former USSR. Latvia: years without “occupiers”Results of the week. “You see, every year my friends and I go to the bathhouse. This is our tradition. ”
Military Reviewin Yandex News
Military Reviewin Google News
176 comments
Ad