Tetis Pro search engines have been recognized by specialists 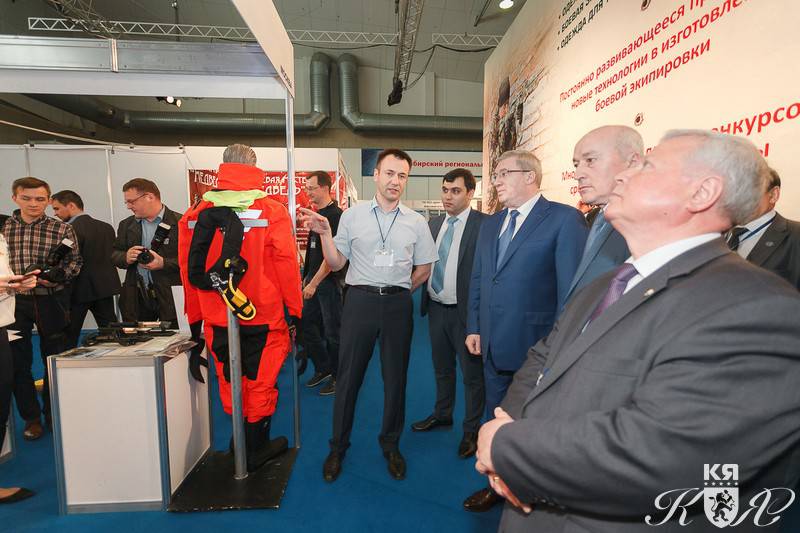 Tetis Pro JSC, being a supplier of equipment and equipment of the Ministry of Emergency Situations and the Krasnoyarsk search and rescue service
region, took part in the event, presenting, as already proven samples of equipment, and new items.

The opening ceremony of the specialized forum was attended by the Governor of the Krasnoyarsk Territory Viktor Tolokonsky, the Deputy Chief of Staff of the National Anti-Terrorism Committee Evgeny Ilyin and the Head of the Department for Law Enforcement, Defense and Security Office of the Plenipotentiary Representative of the President of the Russian Federation in the Siberian Federal District Sergey Shilin. At the end of the ceremony, the guests of honor visited the Tethys Pro company booth.

As part of the exhibition, Yenisei and GKS rescue suits for professional use during rescue operations were presented at the company's stand.

In addition, the KS-1 rescuer kit, well known and proven over the years in the rescue and medical units, was demonstrated at the stand. It serves to provide short-term breathing of the rescuer under water and an oxygen inhaler KI-5 designed for oxygen therapy at the scene and during transportation in the ambulance in the first stage of evacuation.

None of the adults and young visitors walked past the podium with special diving and rescue knives HB and Murena. Professionals and amateurs were interested in the features of knives, willingly asking questions about the specifics of their use.

But most of all the specialists were attracted by the new search complex (PC) “Nautilus” based on the side-scan sonar. The complex is intended for use by the Emergency Situations Ministry and rescue units when searching for various objects at the bottom and in the water column at depths up to 50 m.

When a rescue or special formation faces the task of finding the object buried under the water, it often takes a lot of time and effort for divers to complete it. While using a PC, it is possible to do this as soon as possible when towing a sonar on a small vessel. "Nautilus" will display objects lying on the bottom, even in conditions of critical turbidity of water. In this case, divers will be involved only after the detection of the object.

The use of the “Nautilus” is especially relevant when conducting search and rescue operations, surveying inland waters (rivers / canals / lakes) and port areas as part of security measures.

According to the results of the XII All-Russian Specialized Forum "Modern Security Systems - Antiterror", Tethys Pro company was awarded the Krasnoyarsk Fair trademark medal for the production and active promotion of Nautilus search complexes to the market.