Crafts of the Islamic state: what are the air-to-air missiles of the P-40 missiles? 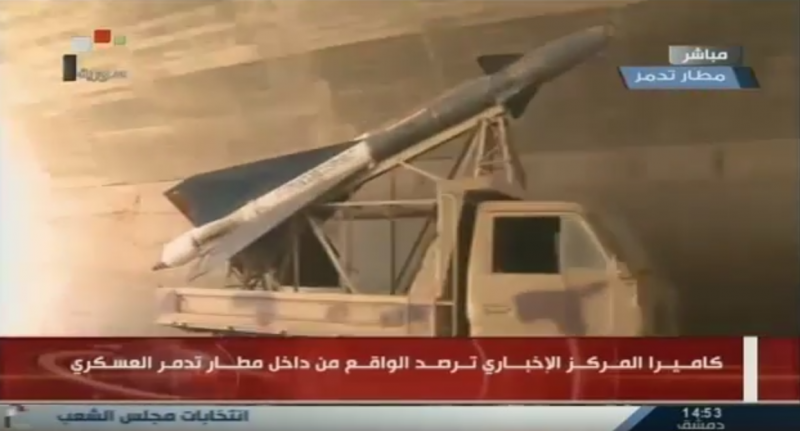 Starting in June 2014, coalition airstrikes, inflicted on positions, vehicles and high-ranking militants of the Islamic state (banned in Russia), caused great losses to this group. These airstrikes, in combination with the intensified bombardments inflicted by the Syrian Arab army and the Russian air forces, significantly changed the balance of power in several battles, in particular the battles in Koban. The Islamic state has not been able to this day to respond to many of the air forces currently threatening it in Syria and Iraq. Although the group is trying to better camouflage its units so that they are not found and do not strike, but at the same time there has not yet been a direct hit on any aircraft carrying aviation blows.

Although the Islamic state has enough ground-to-air missiles and corresponding launchers, it does not have the experience of converting these often orphan complexes into workable systems capable of hitting any enemy in the air. Indeed, with the help of MANPADS, in limited quantities (even including the North Korean systems) available at the hands of the militants of the Islamic state, only a few Iraqi helicopters were shot down or damaged. Capturing the fully-fledged battery of the C-125 "Neva" anti-aircraft missile systems between the cities of Hama and Aleppo did not help the Islamists, as they not only failed to exploit these rather complex systems, but could not even transport these complexes to Raqqa. The use of the Volga C-75 “Volga” missiles, captured as early as 2014, was complicated by the fact that none of the captured systems were operational or in a condition that could easily have been made working, let alone that there is no experience of their operation. The use of one 2P25 launcher, which is part of the 2K12 complex. The cube captured in Deir ez-Zor was "overshadowed" by the absence of missiles and significant damage to the launcher itself. Capturing the 2K12 Battery The cube in Deir-ez-Zor in January 2016 allowed the Islamic State to get a self-propelled 1 – XNNXX reconnaissance and guidance unit and whole launchers, but in such a sad state that it was almost impossible to bring these systems back to working condition, let alone about the poor condition of the respective missiles. Reportedly, the entire position was bombed by the Russian HQs almost immediately after the capture, although this was not documented.

The capture of Tabka airbase in August 2014 of the year provided the Islamic State with at least ten R-3C missiles and four R-13M air-to-air missiles originally intended for use by the 12 squadron and another unknown squadron flying on MiG -21bis and MiG-21МФ. The Islamic State subsequently moved these missiles to Raqqa, where the fighters attempted to remake them for ground-to-air tasks. This process was filmed by one of the project managers, who was subsequently arrested at the checkpoint. The video was then transmitted to SkyNews, which showed the converted R-2016M missiles into ground-to-air missiles in January 13.

Tadmur became the third airbase captured by militants of the Islamic state in Syria; This happened in May 2015. A large number of air-to-air missiles and even anti-radar missiles fell into the hands of the militants. Tadmur was formerly a base squadron flying on fighter-interceptor MiG-25PDS and double combat training aircraft MiG-25PU, but since these aircraft phased out by the end of the year 2013 airbase T4 left three MiG-25PDS and one MiG 25PU. However, the missiles for all aircraft were stored in two of the 16 fortified shelters in Tadmour. When militants of the Islamic state captured the airbase, they got dozens of air-to-air R-40 missiles, as well as a large number of X-28 anti-radar missiles, apparently intended for Su-22 and Su-22, which were to be deployed at the airbase T4, but did not get to this airbase. 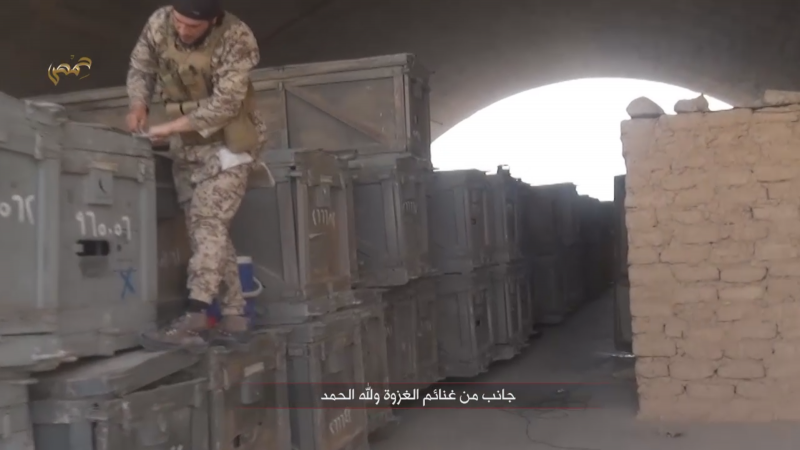 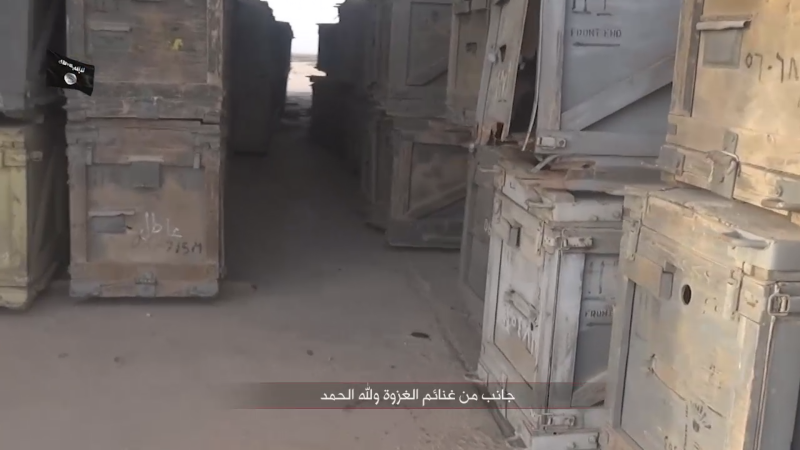 If the likelihood that an Islamic state could remake X-28 missiles (designed to combat radar ground-to-air missile systems) and their combat units weighing 140 kg into anything useful with the exception of improvised explosive devices or improvised land-based missiles land, tends to zero, then the P-40 missiles found at the air base went into action. Two missile variants were captured: P-40D with semi-active radar guidance and P-40TD with infrared guidance. Since the R-40RD rocket requires an airborne radar to capture an aircraft escort, it is useless for militants in this role. On the other hand, the infrared-guided P-40TD does not require guidance using an airborne radar. Several similar modifications of the P-3C, P-13M, P-60 and P-73 missiles were observed in Yugoslavia, which at one time tried to resist the air power of the coalition forces. All of them were installed on trucks and none hit the target. In turn, the Syrian air force experimented with P-40TD launches on ground targets a few years ago, but without much success.

When the government forces entered one of the fortified shelters in Tadmur, they stumbled upon a dump truck armed with nothing more than a P-40TD missile! The rocket, mounted on a self-made design, was induced with the help of a tipping dump truck mechanism. Since the R-40 is designed to hit large and fast-flying targets, its warhead weighs 70 kg, which allows the rocket to destroy most of the targets due to the detonation in close proximity to them. A heavy warhead is also attractive as a remake into an unguided ground-to-ground missile. Although such an alteration does not pretend to at least minimal accuracy, hundreds of lighter improvised rockets are assembled by craftsmen of the Islamic state and are launched every day. Since the attachment points of the rocket to the MiG-25 pylons are located at the top of the rocket, it seems that the P-40TD is installed upside down; This can be judged by the number on the fuselage. 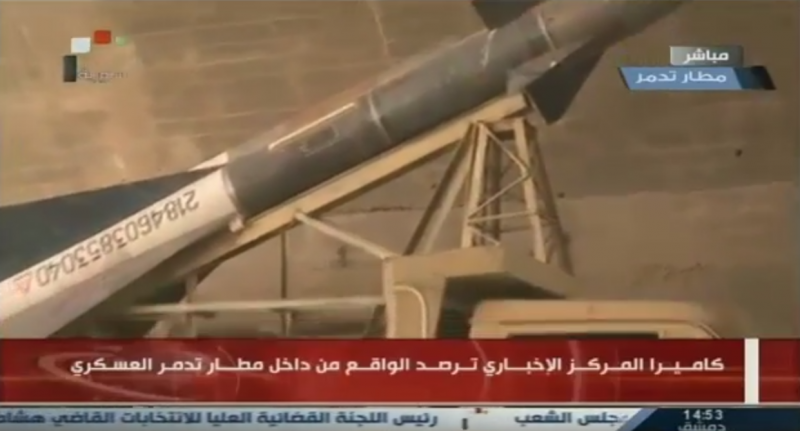 Since today there is not a single report about a plane or a helicopter shot down over Tadmur and there is no evidence of a P-40 missile being hit, the alleged role of this “homemade” and even the fact of its use remain unknown. However, this again serves as proof that in order not to fall into the hands of the Islamic state, you can be sure that there will always create a masterpiece of engineering that has never been seen before. 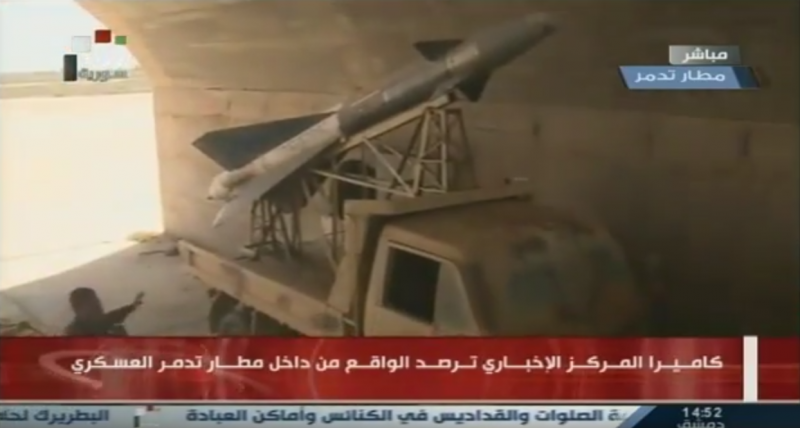