9 2016 June
59
The number of aircraft carriers at the same time on duty, the United States brought up to six. This has not been noted since 2012. But the US Navy is not going to stop what has been achieved: it is planned to connect one more to the six aircraft carriers: "George Bush". Experts do not think that the Americans decided to seriously threaten the Russians or the Chinese. 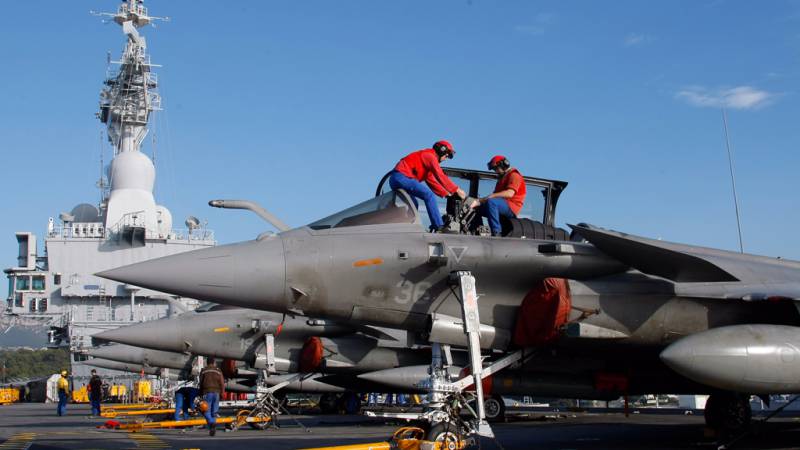 The source of information is the resource "Defense News", citing a representative of the US Navy. Now the US fleet has four aircraft carrier strike groups deployed, and two ships are engaged in private tasks, said "Lenta.ru".

The Ronald Reagan group came out of Yokosuki (Japan), the Dwight Eisenhower group is located off the east coast of the United States, the “Harry Truman” group is plowing open spaces in the eastern Mediterranean, and the John Stennis is in the South China Sea. The aircraft carriers Carl Vinson and George Washington are now performing training tasks, respectively, off the west and east coast of the United States.

In addition, the seventh aircraft carrier, the “George Bush”, will be launched in June.

The command of the US Navy says that the decision to withdraw so many aircraft carriers is not a response to a crisis. According to the military, routine combat training programs are being carried out, a global deployment is being worked out. And only about Stennis in the South China Sea, it is sparingly noted that his presence in the region is connected with the tasks of deterring China, which is in conflict over disputed island territories.

How powerful are these carrier groups?

In March, 2016, expert Sergey Ishchenko, on the website "Free Press" cited a couple of opinions voiced by the American experts on the relevant issue.

In an article published in The National Interest magazine, its author, senior researcher at one of the research centers, Harry Kazianis, noted: “States possessing technology, especially such great powers like China and Russia, are developing long-range missile systems that can deliver massive strikes from multiple points. Like weapon with accurate use by a highly skilled crew in conjunction with target detection tools in the open ocean, can turn American supercarriers into graves worth billions of dollars for thousands of American sailors. ”

The aforementioned Harry is not alone in such an opinion. In 2015, in the same “The National Interest”, the director of the strategy and defense evaluation program at the Center for New American Security, Captain First Rank Retired Jerry Hendrix, spoke on the same topic. In his opinion, astounding sums allocated for the construction of a series of new ships of the CVN-78 type “Gerald R. Ford” are simply thrown to the wind. After all, the "golden age" of US aircraft carriers ended exactly at the moment when Russia and China put on duty long-range coastal missile systems.

What do Russian experts think today about the current US carrier bravado?

“During Soviet times, the Americans sent all the 11 aircraft carrier groups that they had on combat duty, but it didn’t deliver much trouble to the Soviet command,” he said in an interview "Free Press" former chief of the Black Sea Coastal Forces and Marines fleet Navy of the USSR and Russia (1986-1995) Major General Vladimir Romanenko. - It’s just that the number of Soviet submarines monitoring the movements of Americans in the ocean increased during such periods. True, now we do not have 170 nuclear submarines, as in Soviet times. But, I think, the current submarine fleet will be enough for seven American aircraft carriers. "

As for the power of these carrier groups, the expert believes: yes, this is “serious power”. He recalled that aircraft carriers "never act alone": the head ship is accompanied by one or two submarines, as well as six or eight escort ships. Plus the wing based on the aircraft carrier. And such a group can create tension anywhere in the oceans. However, “one or even two carrier groupings cannot create a threat to the geopolitical level. Yes, the United States will increase strikes against ISIS and thereby demonstrate the power of the American flag, and will increase tensions in the South China Sea, but the global balance of power will not change. ”

Activation of the carrier fleet, according to the expert, is associated with the upcoming presidential elections in the United States, namely, with an attempt to strengthen the position of the Democratic Party. Sending aircraft carriers on duty allows Obama to focus the attention of Americans on the current moment, and not on past political blunders.

Leading expert at the Center for Military-Political Research at MGIMO, Doctor of Political Sciences Mikhail Alexandrov told JV that US aircraft carrier groups would not be able to approach the coast of Russia on a deck range aviation.

“Thus, the entrance to the Sea of ​​Okhotsk is cut off by the islands of the Kuril Ridge and Sakhalin Island, where we have coastal defense systems. In the North Sea, fighting on aircraft carriers is difficult because of strong unrest, plus there we have the most fortified line and the most powerful Russian fleet is based.

And in the conditions of armed conflict, the Americans never send aircraft carriers to the Baltic and Mediterranean Seas. In such small areas, any aircraft carrier will feel like an elephant in a china shop, and will be quickly sunk ”.

Thus, we add, experts link the actions of the US Navy with the election campaign. At the expense of the theses about the “Russian threat” B.H. Obama, who sent the ships to the “planned combat training programs”, hopes to raise the low rating of the native Democratic Party at least a little bit and clear the way for his alleged counterpart, Hillary Clinton, who has a very strong Republican rival. Hardly Commander Obama has planned to attack Putin in the Sea of ​​Okhotsk.