A new section on the 2016 International Army Games has appeared on the Defense Ministry website.

8 2016 June
11
On the website of the Ministry of Defense began work a new section - “Internet portal of the Army International Games-2016”, reports press office military department. 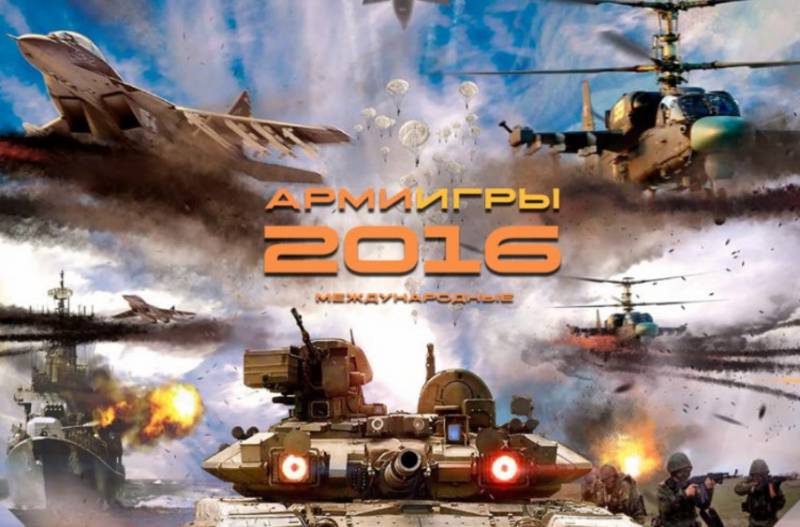 “On the eve of the launch of the International Army Games held by the Russian Ministry of Defense in the period from July 30 to August 13 2016, a special section started on the official website of the military department telling about the concept and procedure for holding each of the 23 professional competitions of the world’s military” , Says the release.

It is noted that “a remarkable feature of the section is the interactive route route maps placed in it, which allow users of the official website of the Russian Defense Ministry to familiarize themselves with and get complete information about the obstacles and targets built on them, as well as the conditions for overcoming and defeating them,” .

The Internet application contains “high-quality photo illustrations, as well as original infographics with the characteristics and combat capabilities of weapons and military equipment samples, in which contestants will have to demonstrate their skills”.

Help the press service: "Army international games - this competition, which will determine the strongest among the military professionals of the Army of Russia and foreign countries in the 23 military applied disciplines on the 20 military grounds in Russia and Kazakhstan for two weeks of continuous competition."

Ctrl Enter
Noticed oshЫbku Highlight text and press. Ctrl + Enter
We are
The Ministry of Defense of the Russian Federation announced the program of the first Army international games-2015The action “Military service under the contract is your choice!” In Rostov-on-Don: future contract servicemen, exhibitions and “Russian Knights”
Military Reviewin Yandex News
Military Reviewin Google News
11 comments
Information
Dear reader, to leave comments on the publication, you must sign in.