7 2016 June
50
Poroshenko approved the Strategic Defense Bulletin, one of the provisions of which provides for the creation of personnel reserve for the Armed Forces of Ukraine, reports UNIAN. 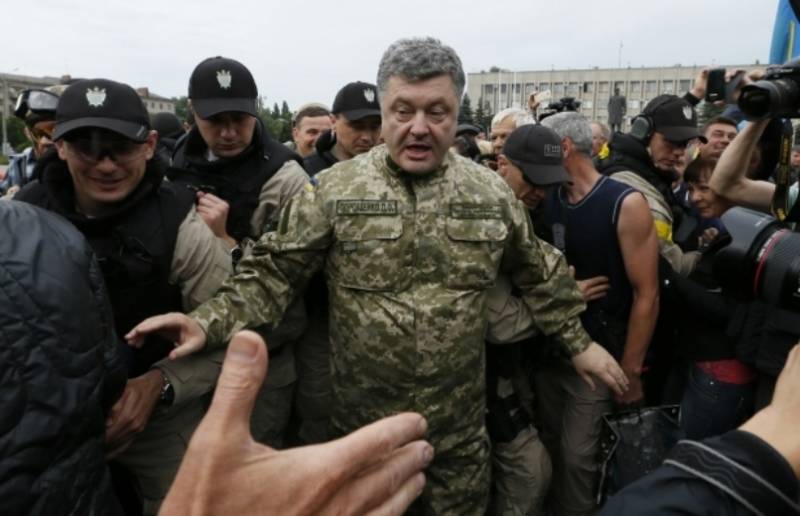 “The professionalization of the defense forces and the creation of the necessary military reserve are a prerequisite for shaping the personnel potential of the Armed Forces of Ukraine and other components of the defense forces, recruiting them with trained and motivated personnel, creating, maintaining and deploying the strategic reserve of the Armed Forces of Ukraine,” the bulletin says.

It is expected that in the course of the reforms "the necessary personnel potential will be formed and professionally prepared, which will include military personnel with high moral and business qualities capable of solving high-quality military-professional tasks in peacetime and a special period."

It is emphasized that the reserve "must be ready for deployment and is able to carry out offensive (counter-offensive) actions, strengthen the groups of troops (forces) in threatened areas, ensure rotation of troops (forces), their replenishment and replacement in case of loss of combat effectiveness."

Another goal stated in the bulletin is “to achieve complete independence of defense production from the supply of equipment, components and materials from the Russian Federation”.

In addition, by the end of this year, the “law on the military police that will take over the functions of the military service of law and order in the armed forces of Ukraine with the right to carry out pre-trial investigations of crimes committed by military personnel and the right to conduct investigative activities” should be adopted.

Before Kiev, 2020 intends to create "new separate types of troops - special operations forces and highly mobile assault troops" and to revive the Navy "to a level sufficient to ensure the defense of the Black Sea and Azov Sea coast, ensure the inviolability of the state border and protect Ukraine’s sovereign rights exclusive (maritime) economic zone. "

As noted on the presidential website, “The strategic defense bulletin will serve as a roadmap for defense reform with the definition of ways to implement it based on the principles that guide the NATO member states.”

Ctrl Enter
Noticed oshЫbku Highlight text and press. Ctrl + Enter
We are
Weekly summary (30 January-5 February) on the military and social situation in the DPR from the military officer "Mag"
Military Reviewin Yandex News
Military Reviewin Google News
50 comments
Information
Dear reader, to leave comments on the publication, you must sign in.