New explosion in Istanbul, there are victims

7 2016 June
22
Today, in the central area of ​​Istanbul, an explosion took place at the bus stop, there are dead and wounded, reports RIA News. 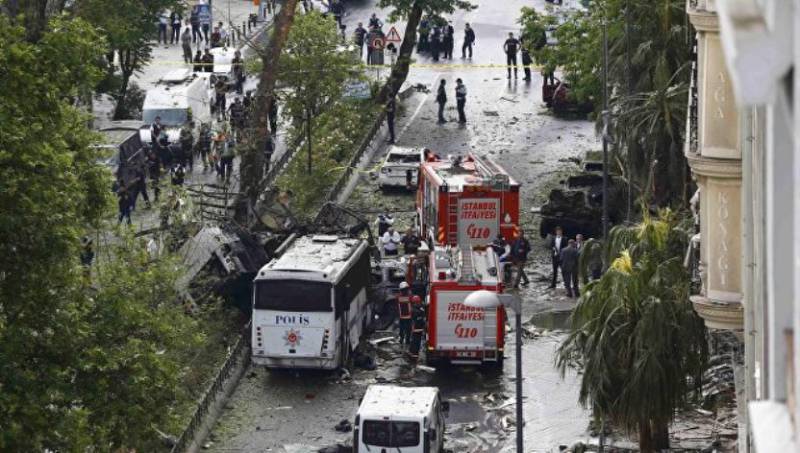 According to local media, "the incident occurred in the urban area of ​​Veznejgiler, the attack was most likely a police bus."

Later, the head of the city, Vasip Shahin, said that “as a result of the terrorist attack, 11 people were killed, 36 were injured, and seven policemen were among the dead”. According to him, "the car exploded, filled with explosives." 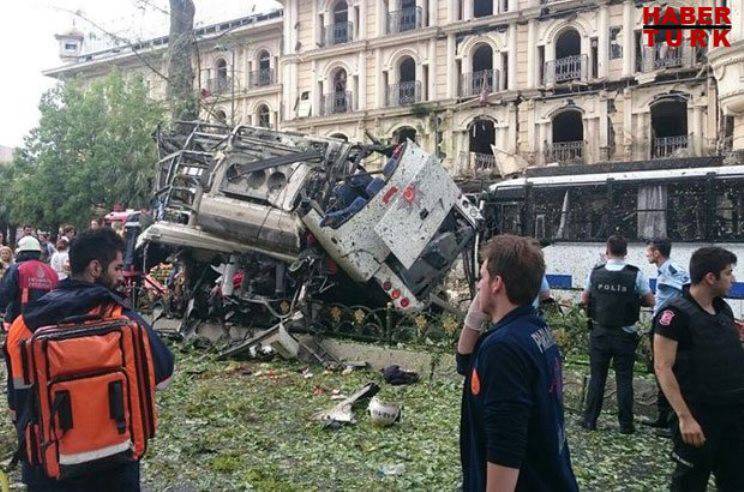 According to the local TV channel, "an explosion thundered during the passage of the car with special forces, then shots were heard."

According to preliminary data, there are no Russians among the victims. The Russian Consulate General continues to clarify information about the victims.

Ctrl Enter
Noticed oshЫbku Highlight text and press. Ctrl + Enter
We are
Reports from the militia of New Russia for 7 September 2014 of the yearAirborne Troops are testing the thermal sight "Shahin"
Military Reviewin Yandex News
Military Reviewin Google News
22 comments
Information
Dear reader, to leave comments on the publication, you must sign in.