Bolivian Armed Forces. How a country protects itself in the Andes

8 2016 June
8
In recent years, Bolivia has become one of Russia's main partners and allies in Latin America. This happened after Juan Evo Morales came to power in the country - a well-known left-wing politician who became the first Indian as head of state (despite the fact that the Indians constitute the majority of the population). One of the main areas of cooperation is military. Bolivia buys Russian weapons and intends in the future to use the services of Russian military specialists in the training of personnel of the Bolivian armed forces. 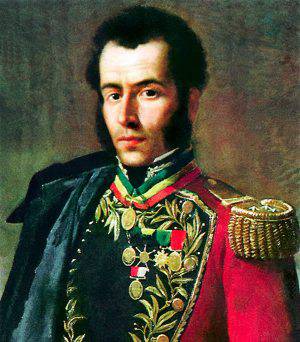 History the Bolivian army, as well as the armed forces of other Latin American countries, is rooted in the era of the struggle for independence. As you know, back in 1532-1538. the territory of modern Bolivia was conquered by the Spanish conquistadors, after which it was incorporated into the viceroyalty of Peru, then the viceroyalty of Rio de la Plata. Up until independence was proclaimed in 1825, the lands of modern Bolivia were called Upper Peru. The success of the anti-colonial struggle led to the change of the name of the new independent country - it was named in honor of Simon Bolivar, one of the most important commanders of the war of independence. In 1836-1839 Bolivia and Peru formed a single state - the Confederation of Peru and Bolivia. Throughout its history, Bolivia has known a lot of wars and many times more military coups. As in most other countries in Latin America, the army has always played a decisive role here. Its creator is officially considered Marshal Antonio José Francisco de Sucre and Alcala (1795-1830) - one of the closest associates of Simon Bolivar, who led the liberation from the Spanish domination of the territories of modern Ecuador, Peru and Bolivia. 19 June 1826 Sucre (pictured) became president of Bolivia and held this post until 1828, when he was forced to return to Ecuador as a result of domestic political struggle. As a military man, Sucre paid much attention to the creation of an army and police in sovereign Bolivia.

Currently, the Armed Forces of Bolivia (Fuerzas Armadas de Bolivia) consist of ground forces - the Bolivian Army (Ejercito Boliviano), the Air Force (Fuerza Aerea Boliviana) and the Naval fleet (Armada Boliviana). Although officially the country's armed forces are staffed on a contract basis, when it is not possible to recruit the proper number of contract soldiers, a call is made for 12 months of male citizens of the country who have reached 18 years of age. Much attention is paid to the initial military training of high school students and working young men aged 14-17 years. 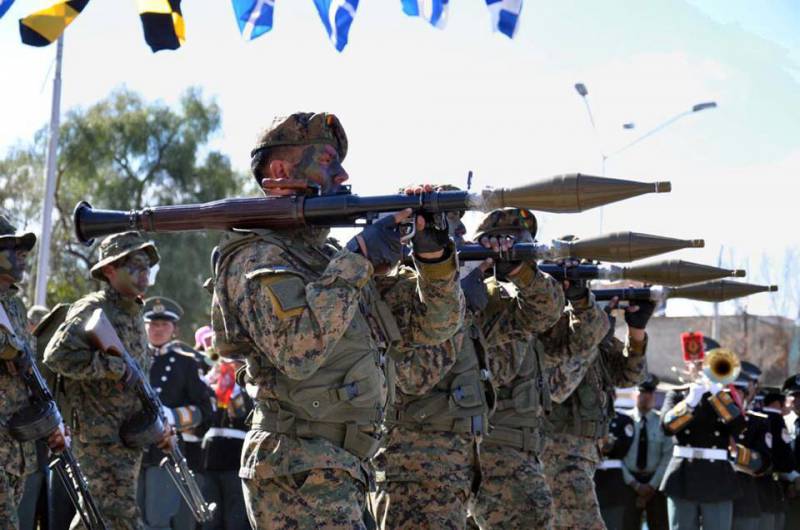 The air force of Bolivia has never been very powerful. Their weapons and organizational structure were determined by the combat missions assigned to the country's air force. First of all, they include the fight against drug trafficking and opposition to rebel groups operating in the Bolivian jungle. Therefore, the Bolivian Air Force fleet includes airplanes and helicopters used for aerial surveillance, transporting troops and attacking rebel groups. 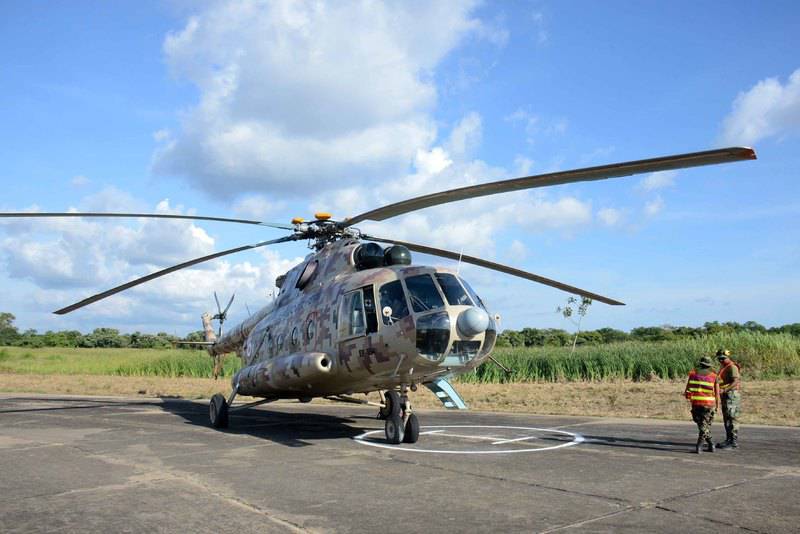 The formation of the Bolivian air force began in the first half of the twentieth century. In 1938, the Bolivian air force numbered about 60 aircraft, including fighters, bombers and reconnaissance aircraft. The number of personnel reached 300 people, pilots and engineers were trained in Italy. At present, the Bolivian Air Force is organized into air brigades, each of which includes up to three aviation groups. In addition, the Air Force includes the Main Command Control Systems in La Paz. In addition to aviation flight groups, the air brigades also include air defense, engineering and radio engineering support groups.

The history of the Bolivian Navy is very interesting. As is known, Bolivia is one of the two (second - Paraguay) landlocked South American countries. The country lost the sea coast as a result of defeat in the Second Pacific War with Chile in 1879-1883. Loss of access to the sea was one of the reasons for the economic backwardness of Bolivia. However, having lost access to the sea, Bolivia, however, in 1963 created the Military River and Lake Force, which in January 1966 was renamed the Bolivian Navy. The fleet operates on Lake Titicaca and the major rivers that are tributaries of the Amazon. The main objectives of the Bolivian fleet are to guard the border with Peru, passing, including, and on Lake Titicaca, patrolling rivers to combat smuggling and drug trafficking. In addition, important propaganda functions are assigned to the fleet - as long as the fleet exists, in Bolivia, as its leaders believe, the naval consciousness and hope of gaining access to the sea in the future is cultivated. Navy units take part in national military parades and other ceremonies. 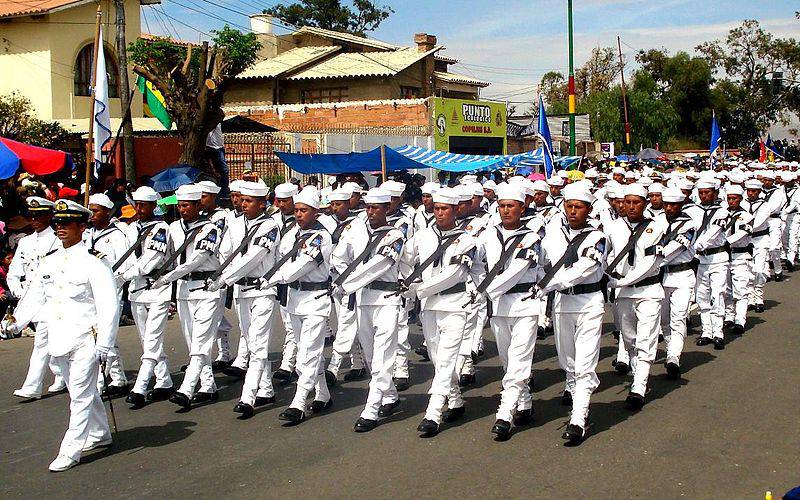 The Navy of Bolivia is armed with several dozen boats used for river patrols. The officer corps is educated at the Bolivian Naval Academy. Advisory support to the Bolivian naval forces is provided by Argentine naval specialists working in the country. On the ships of the Navy of Argentina, young Bolivian naval officers practice.

The most elite regiment of the Bolivian army, of course, is the 1 th Infantry Regiment "Colorados", which serves as the presidential guard and located in the capital, La Paz. The immediate task of the regiment is to ensure the physical security of the President of Bolivia and the protection of the Government Palace. The Colorados Regiment consists of two infantry battalions - 201 and 202, stationed in the capital. 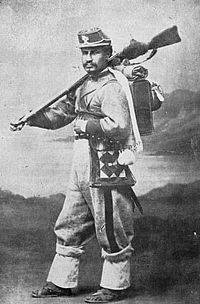 Under the conditions of constant military coups, the elite part quickly turned into a kind of “Praetorian Guard” of Bolivia and regularly participated in insurrections and putsches. The presidents and the military junta, in turn, did not forget about the financing of the unit, because they hoped to get the support of its soldiers and officers in exchange for their generosity. At the same time, the Colorados battalion (and then the regiment) was not only a purely palace formation. He participated in all the wars that Bolivia went through for almost two centuries of its history as an independent state - in the wars with Chile, with Brazil, with Paraguay.

Finally, besides the armed forces proper, paramilitary units are also part of the Bolivian National Police. The history of the Bolivian police began with a decree by President Antonio José de Sucre, signed in 1826 year. In accordance with this decree, it was prescribed in each department to introduce the post of police chief and to transfer to his command a company of soldiers headed by an officer. In 1832, the Bolivian law enforcement agencies were reorganized, according to which the gendarmerie of the country was administratively assigned to the Ministry of the Interior, but still under the command of army officers. 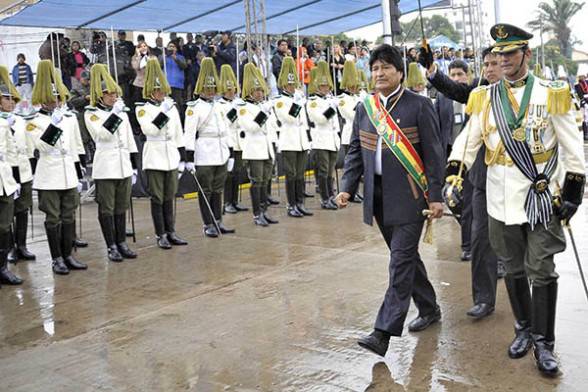 In 1937, in Bolivia, at that time closely cooperating with Mussolini's Italy, another police reform was carried out. As a result of measures to increase the effectiveness of law enforcement, the paramilitary security police were merged with the Bolivian gendarmerie, the military police and the army carabinieri regiment. This is how the Bolivian carabinierus corps, named after the Italian model, appeared. The military discipline was introduced into the carabinieri corps, and it turned into a unique military organization, which is part of the law enforcement agencies and the country's armed forces. The number of this militarized structure is over 5000 officers, sergeants and carabineers. Bolivian carabineers are assigned military ranks: 1) police agent, 2) corporal, 3) second sergeant, 4) first sergeant, 5) second suboflight, 6) first subofficer, 7) senior subofficer, 8) super-subfarm officer, supernational officer, 9) senior suboffer, 10) senior suboffer, 11) , 12) lieutenant, 13) captain, 14) major, 15) lieutenant colonel, 16) colonel, 17) general director, XNUMX) superior general, XNUMX) general manager.

For a long time, the most important military partners of Bolivia were the United States and Argentina. However, after the coming to power of President Evo Morales, speaking from the left and anti-imperialist positions and exposing US policy in Latin America and in the world as a whole, American-Bolivian relations have seriously deteriorated. Naturally, this affected the cooperation of the two countries in the military sphere. In November, the Deputy Minister of National Defense of Bolivia, Luis Aramayo, opening the meeting of the Bolivian-Russian intergovernmental commission in La Paz, stressed that Bolivia expects to strengthen the potential of its armed forces, using the help of the Russian Federation. We are talking about the procurement in the Russian Federation of modern high-speed boats for the needs of the country's naval forces, helicopters and aircraft for the Bolivian air force. In addition, it is assumed that Russian military experts will take part in improving the training of officers of the Bolivian army. In April, the Minister of Foreign Affairs of the Russian Federation, Sergey Lavrov, also announced existing plans for the development and strengthening of military-technical cooperation between Russia and Bolivia in April 2015. Naturally, this cooperation is beneficial for Russia, both from a financial point of view and for reasons of expanding the political, economic and military presence in Latin America.