6 2016 June
28
LAW "Thor" on a floating platform will be released for testing this fall, reports Газета.ру with reference to the representative of the defense industry. 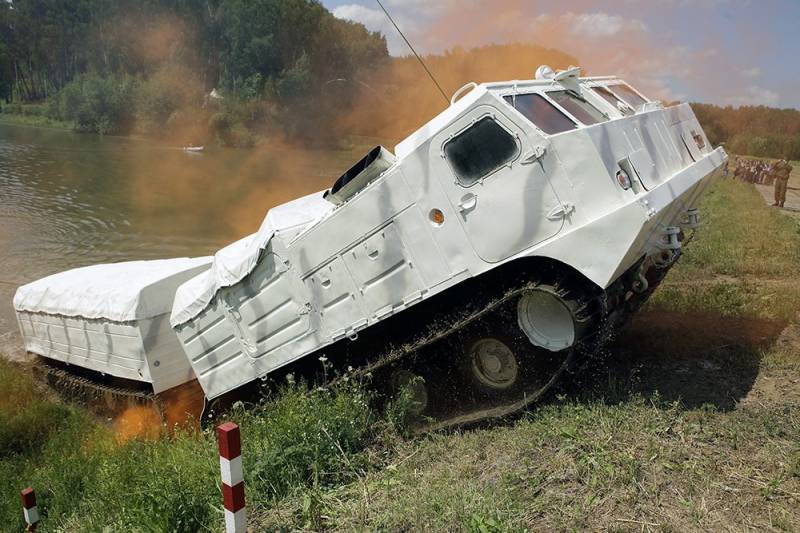 The car was developed by specialists from Izhevsk Electromechanical Plant (part of Almaz-Antey).

“The developers presented a promising module of the“ Thor ”short-range system mounted on the DT-30 chassis of a two-link tracked conveyor manufactured by Uralvagonzavod. In fact, all the characteristics are the same as those of the Tor-M2 on a tracked chassis, only the platform is new - in the Arctic version it is on a floating platform. The commander-in-chief of the Land Forces said that he will be put to the test this fall, "
said the source of the newspaper.

Earlier it was reported that a family of military equipment would be created for the Russian arctic group, including an “armored personnel carrier, multiple rocket launcher systems, an anti-aircraft missile system, self-propelled artillery systems and other modules”.

Publication certificate: "DT-30 is a two-link tracked all-terrain vehicle. Thanks to the hydraulic hitch drives, the machine can lift the front part, overcoming vertical walls, slopes and moats, and wide tracks with low ground pressure make it possible to confidently move through the swamps, virgin snow, and forest-tundra. On the water DT-30 floats at a speed of four kilometers per hour, the installation of the propeller increases the speed to eight knots. "