Ten ways to manipulate people through the media 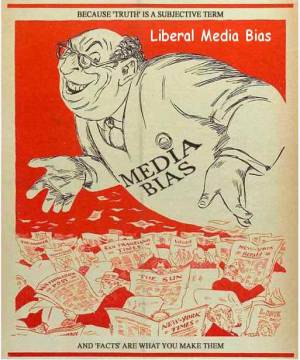 Noam Chomsky has compiled a list of “10 ways to manipulate” through the media.


1. Distraction
The main element of social management is to divert people's attention from important problems and decisions made by political and economic ruling circles, by constantly saturating the information space with insignificant messages. The reception of distraction is very important in order to prevent citizens from gaining important knowledge in the fields of science, economics, psychology, neurobiology and cybernetics.
“Constantly distract the attention of citizens from real social problems, switching it to topics that have no real meaning. To ensure that citizens are constantly busy with something and they have no time to think; from the field - to the pen, like all other animals (quoted from the book "Silent weapon for quiet wars ").

2. Create problems and then suggest solutions
This method is also called problem-reaction-solution. It creates a problem, a kind of “situation”, designed to provoke a certain reaction among the population so that it itself will require taking the measures that the ruling circles need. For example, to allow the spiral of violence in cities to unwind, or to organize bloody acts of terrorism in order for citizens to demand the adoption of laws to strengthen security measures and conduct policies that infringe on civil liberties.
Or: to cause an economic crisis in order to make it necessary to accept as a necessary evil a violation of social rights and curtailing the work of city services.

3. The method of gradual application
To achieve the adoption of any unpopular measure, it is enough to introduce it gradually, day after day, year after year. In this way, fundamentally new socio-economic conditions (neoliberalism) were imposed in the 80-s and 90-s of the last century.
Minimization of state functions, privatization, uncertainty, instability, mass unemployment, wages that no longer provide a decent life. If all this happened at the same time, then surely would lead to a revolution.

4. Delay in execution
Another way to push through an unpopular decision is to present it as “painful and necessary” and to achieve at the moment the consent of citizens to its implementation in the future. It is much easier to accept any sacrifices in the future than in the present.
First, because it will not happen immediately. Secondly, because the people in their majority are always inclined to cherish naive hopes that “tomorrow everything will change for the better” and that those sacrifices that they are required to do will be avoided. This gives citizens more time to get used to the idea of ​​change and humbly accept it when the time comes.

5. Address the people as small children
Most propaganda speeches designed for the general public use such arguments, characters, words and intonation, as if we are talking about children of school age with developmental delays or mentally handicapped individuals.
The harder someone tries to deceive the listener, the more he tries to use infantile speech turns. Why? "If someone addresses a person as if he were 12 or less than a year, then because of suggestibility, the person’s response or reaction will also lack a critical assessment with a certain degree of probability, which is typical for children aged 12 or less years old.

6. Focus on emotions to a much greater extent than thinking
Impact on emotions is a classic trick aimed at blocking people's ability to rationally analyze, and ultimately to the ability of critical thinking about what is happening. On the other hand, the use of the emotional factor allows you to open the door to the subconscious in order to introduce there thoughts, desires, fears, fears, coercions, or stable behaviors ...

7. Keep people in ignorance, cultivating mediocrity
To ensure that people are unable to understand the techniques and methods used to control and subordinate them to their will.
“The quality of education provided to the lower social classes should be as meager and mediocre as possible so that the ignorance that separates the lower social classes from the higher ones remains at a level that the lower classes cannot overcome.

8. Encourage citizens to admire mediocrity
Introduce into the population the idea that it is fashionable to be stupid, vulgar and ill-mannered ...

9. Strengthen your own guilt
To make a person believe that only he is guilty of his own misfortunes, which occur due to a lack of his mental abilities, abilities or efforts. As a result, instead of rebelling against the economic system, a person begins to engage in self-deprecation, blaming himself for everything, which causes a depressed state, leading, among other things, to inaction.

10. Know about people more than they know about themselves
Over the past 50 years, advances in the development of science have led to the formation of an ever-increasing gap between the knowledge of ordinary people and the information that the ruling classes possess and use.
Thanks to biology, neurobiology and applied psychology, the “system” has at its disposal advanced knowledge of man, both in the field of physiology and psyche. The system managed to learn about the ordinary person more than he knows about himself. This means that in most cases the system has more power and more control over people than they do.


Noam Chomsky is an American linguist, philosopher, social activist, author and political analyst. Distinguished Professor of Linguistics at the Massachusetts Institute of Technology and one of the outstanding figures of science of the XX century. His fundamental works in the field of the theory of linguistics and the science of knowledge have received deserved recognition in the scientific and teaching community. Coming from a Jewish environment, honing the skill of manipulation for centuries.

“Information is the holy of holies! Money, personnel and information - the three whales on which our well-being rests! The sacred duty, the duty of every Jew is to inform another Jew of what the goyim intend to do. Today you helped me, tomorrow I will help you - this is our strength.

Our God has commanded us to own the world - we own it. Our task is to keep the world in our hands. Hold in your hands the means of propaganda and information: print, radio, television, cinema ".

(cited by O. Platonov, "The Crown of Thorns in Russia. The Mystery of the Protocols of Zion", Jewish Catechism in the USSR, ch. "Information is the holy of holies")

Ctrl Enter
Noticed oshЫbku Highlight text and press. Ctrl + Enter
We are
Military reform as an integral part of the security concept of the Russian Federation: Systematic dynamic assessmentVladimir Putin: Democracy and the quality of the state
Military Reviewin Yandex News
Military Reviewin Google News
40 comments
Information
Dear reader, to leave comments on the publication, you must sign in.