"We have long arms." The head of the SBU announced that the Ukrainian intelligence services "prevented a series of terrorist attacks in France on the eve of Euro 2016"

6 2016 June
95
The head of the Security Service of Ukraine Vasyl Gritsak decided to realize the possibility of self-promotion and public relations of the entire structure he headed. During the briefing, Gritsak said that the Ukrainian special services (attention!) Prevented a series of 15 terrorist attacks in France. Grytsak's statement leads the TV channel 112 Ukraine: 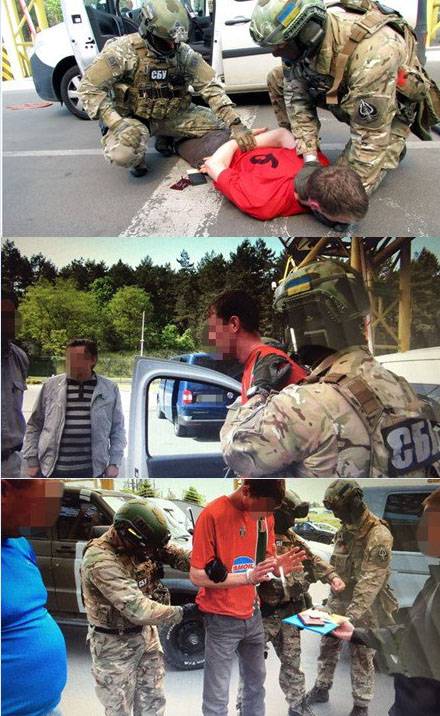 As can be seen from the message of Gritsak, the “French terrorist” was so unlucky that he rode to the east of Ukraine, even for balaclava ...

In addition to everything else, the head of the SBU was not able to pass by Russian subjects. According to Gritsak, “a Russian trace is visible in this matter.”

Gritsak:
We began to believe in the truth of his intentions when he began to make a deposit. First, several thousand euros, then several thousand euros and there is a Russian version there, it appeared almost at the very end, when between him and those with whom he communicated, as part of a special operation, he proposed an operational combination, which the SBU organized application of several thousand euros for the citizen of Ukraine to accompany this cargo to the territory of Europe. These are key things, and that is why we believe that this may be the task of the Russian special services.

At such an active pace, Gritsak can even go so far as to start “preventing terrorist attacks” not only in France, but also at the NATO summit in Warsaw and at the Rio de Jeannereaux Olympiad ... About how long the arms are Gritzak should be discussing France with surprised eyebrows today, trying to find out who this Gritsak is ...