The European Union has lost popularity

7 2016 June
23
It turns out that many Europeans believe that the preservation of membership in the European Union if to whom it is beneficial, is Greece. But Germany and France some losses. Behind this, a clear German subtext is read: stop feeding the Greeks! And another subtext: enough to feed the migrants! According to the latest sociological polls, citizens of a number of countries see the EU as mostly flawed, not merits. However, not everyone thinks so. And about the special benefits for the Greeks, many doubt. 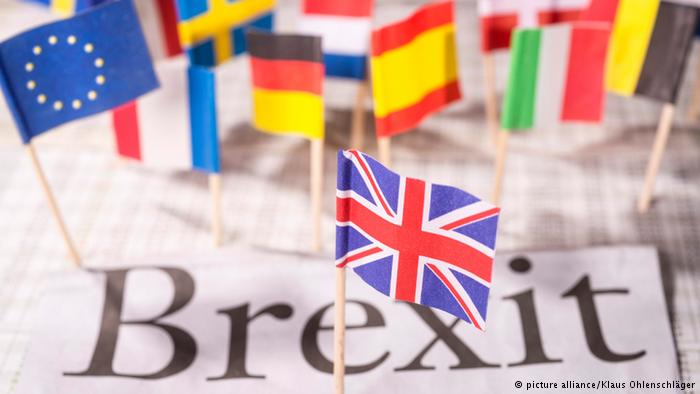 Almost a third of the citizens of Germany and the same in France were in favor of the withdrawal of their countries from the European Union. This is evidenced by the results of a survey conducted by the Institute of public opinion "YouGov" commissioned by the German publishing group "Handelsblatt".

As transmits "Deutsche Welle"The survey results show that only 54% Germans and 42% French would vote to maintain EU membership. And in the UK by about 40,% of respondents want to stay in the EU and want to leave the union.

The state that has the most benefit from EU membership, the majority of respondents from Germany, France, Denmark and Finland called Greece, which receives financial assistance.

But the overwhelming majority of respondents from Great Britain, Germany, France, Denmark, Finland and Sweden named their countries the most “suffering” from membership in the union.

However, not so simple. Let's look at the source - on the pages of the German newspaper «Handelsblatt».

We read the title of the article: “Wer profitiert von der EU am meisten? „Germany“! ”It turns out that the greatest“ profit ”from the EU is not from Greece at all, but from Germany itself.

How is that? And the whole thing in the counting of certain votes. When the discussion referred to the “greatest benefit” for Greece, it was pointed out that such an opinion was expressed by a part of the respondents from Germany, France, Denmark and Finland. With Germany in the first place, we note.

The article “Handelsblatt” deals mainly with the British (which is understandable: a vote on the subject of “Brexit” is coming).

And these same British, answering the question, which country is most profitable for the EU, gave the answer: Germany!

As for the United Kingdom itself, the respondents believe this is the kingdom, in the EU they rate it “badly”. So think 30% of the British. D. Cameron was never able to change this EU impression of Britain. And it is unlikely to change for the remaining weeks before the popular vote.

Many experts remind the publication, including the bigwigs of the business (Vodafone boss Vittorio Colao, Shell boss Ben van Burden), as well as major politicians starting from Barack Obama and international financial organizations like the IMF, and at the same time the Bank of England The UK is predicting negative consequences from Brexit, if only it takes place. The respondents interviewed by YouGov, in principle, share these concerns. In their opinion, the UK exit from the community “will cause a domino effect.” Most of the polled citizens of Great Britain, Germany, France and Sweden in the case of “Brexit” considered that other countries might come out of the EU.

The attitude towards the European Union is negative for many respondents. Only one in five Britons, for example, agreed that he recently "heard" something good about the EU. In Germany, such "heard" even less. In short, Brussels is not popular with European people.

Well, it’s necessary to note that the attitude towards Euro-Europeans among Euro-people is not something different, but even the opposite. What is connected just with the national differences of opinion on the present and the future.

Billboards at the British autobahn leading to Birmingham call, among other things, to “stop the German onslaught” (“Stoppt den deutschen Vorstoß!”). Of course, then follows the call to vote for the exit of the UK from the European Union.

Recall that at the end of May the National Statistical Service of the United Kingdom reported a record increase in the number of migrants - “historical maximum. "

"BBC" notes that last year the migration to Britain came very close to the historical maximum. This is stated in the report of the National Statistical Office, published a month before the referendum on leaving the EU.

The net increase in migration to the UK (the difference between the number of those who left the country and entered it at least for a year) increased last year to 333 thousand.

The net increase in migrants from the EU countries amounted to thousands of 184 (this is the very “record figure”).

The leader of the United Kingdom Independence Party (UKIP), Nigel Faraj, is outraged: after all, according to him, these data prove that immigration "has gotten out of control."

Outraged and former mayor of London, Boris Johnson. He said that voting in a referendum for Britain’s membership in the EU means forever saying goodbye to immigration control.

True, James Brokenshire, Minister for Migration Affairs at the Ministry of Internal Affairs of the United Kingdom, assures opponents that the new conditions for Britain in the European Union, agreed by David Cameron, will close the "black moves" for migrants.

According to statistical calculations, 2015 thousands of EU citizens moved to Britain for at least a year in 270, and a thousand 264 moved a year earlier. That is, no such incredible “record” is seen. Moreover, statistical data show that the number of immigrants to Britain from other states has even decreased: 277 thousand in 2015 compared to 287 thousand in 2014 year. The increase in net migration growth is the result of a decrease in the number of emigrants (those who leave the country).

As a result, the accusations of the expressive Boris Johnson against David Cameron (the latter allegedly “forever gave [the European Union] control over the immigration system and the granting of refugee status”) look, to put it mildly, strained. And if we take the maximum, it is completely unfounded.

Analyst Dominic Kashiani (correspondent of the BBC television and radio company in British affairs) directly says that the data on the net increase in migration “slightly do not reach the record”. In his opinion, immigration is relatively stable, there are only changes that do not affect the population, namely the increase in the number of short-term migrants (by 110 thousand people, almost to 1,2 million people). This is because more and more people come to the country "for less than a year - for example, employees who come to work for a fixed-term contract in companies that are recruiting the best employees all over the world for the most competitive price." And here “some British people enter, who spend only part of the year in the country, and the rest of the time is somewhere under the sun”.

Recall supporters and opponents of the exit of Britain from the EU will vote in a referendum on June 23. Today, the main stumbling block for debaters is precisely the issue of immigration. According to various opinion polls, the views of British citizens about In or Out are now divided roughly in half.