What does Mount Yamantau really hide?

8 2016 June
206
After visiting 2001 for the first time I visited the highest point of the Southern Urals, Mount Yamantau, I read with interest on the Internet the secrets surrounding this peak. He immediately wrote a report on his stay on the mountain and on semi-abandoned objects at the foot. He wrote, admit, stupidity, having taken the foundation of one of the unfinished buildings near the ventilation shafts for the tanks for “pre-transportation storage of uranium ore”. Fifteen years later, I came across echoes of this nonsense when a random fellow traveler began to tell me about how uranium is mined at Yamantau, referring to my own article.


I sincerely warn you that the following is the opinion of a simple man in the street who has repeatedly visited those areas and gathered all the facts available to the public. 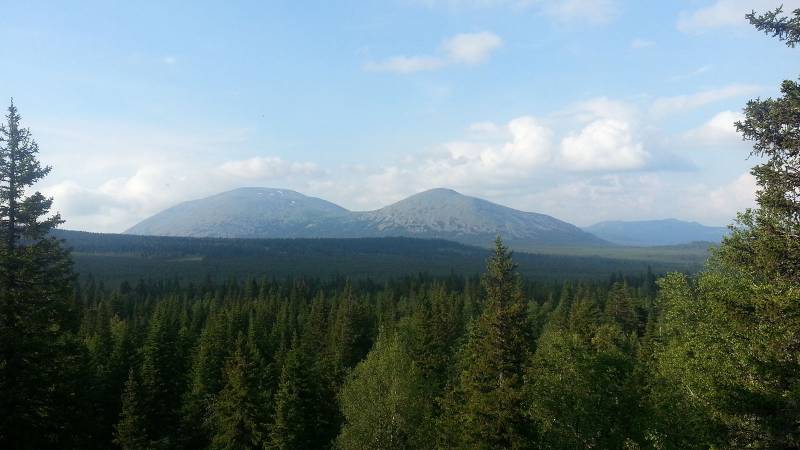 A few words about the grief itself - perhaps the most mysterious place in Russia. Yamantau is surrounded by many legends, rumors and fables, but the facts are: in the heart of the Southern Urals, in the middle of a specially created reserve, where the entrance of mere mortals is forbidden and where huntsmen constantly catch hunters, surrounded by mountain ranges, stone rivers, taiga and swamps, Mount Yamantau rises . Low, just a little over 1600 meters. Snow sometimes lingers on the summit in the summer, and at the foot you can see a mining and processing complex with road and rail entry below the ground. This complex and what may be inside the mountain is served by the closed city of Mizhhirya with a population of 16 000 people. In the city from the highway leads the only road with roadblocks. 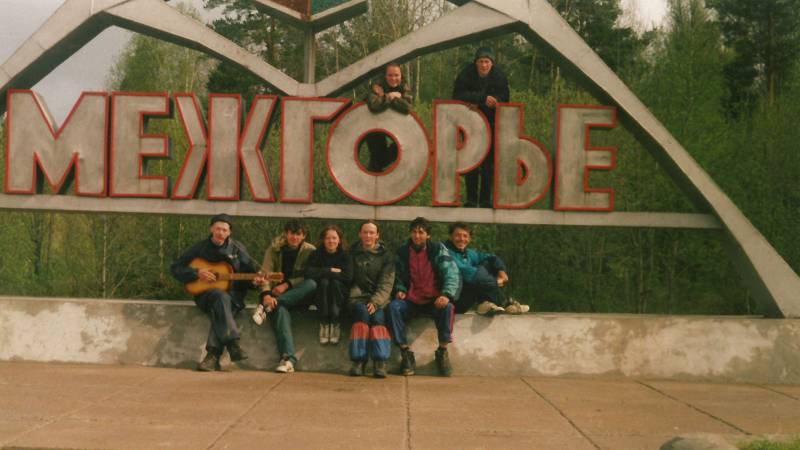 P316 track at the turn in Mizhhirya. Place where the tourist routes end (if the huntsmen do not catch)

Americans raised the hype around the mountain in 1996, because they were outraged by the conduct of large-scale military construction there. Let me remind you that at that time Russia, like Ukraine now, was eating one IMF loan after another, not having money to pay salaries to doctors and teachers. The explanation for this paradox is simple - to keep mothballed construction sites in a non-emergency condition is very expensive. We must constantly spend money on drainage, ventilation, monitoring workings. For example, to maintain a preserved underground car tunnel in neighboring Ufa, the length of which is just 300 meters, requires two hundred million rubles annually. By the way, the construction of the tunnel was carried out by the same Construction Management No. 30 from Mizhgirya. The country could not afford to abandon a huge project in which the Soviet Union invested hundreds of millions of people's rubles, nor continue to waste them, having no return in terms of strategic security.

Nowadays, national consciousness firmly associates Yamantau with Putin’s Bunker or Doomsday Ark for the Russian government elite. I dare to assure you, as of 2016, he cannot be either. 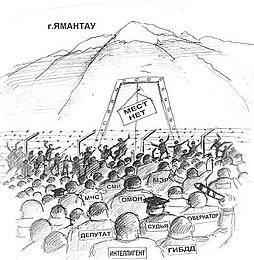 It is worth noting that there is hardly anything in the mountain itself. The asylum can be under the mountain, the mountain mass itself acts as a shield. Therefore, to make any calculations about the size of the bunker based on the volume of the mountain, as it was done in some media, is meaningless.

Yamantau can not be regarded as Putin’s bunker due to the fact that he does not guarantee security from nuclear weapons. Even one standard point 100-150-kiloton warheads would strike through the mountain a few points at a single point and tear down tunnels under the mountain. In addition, the power of thermonuclear charges is not limited by anything except delivery methods. For example, the Soviet thermonuclear Tsar Bomb, delivered by a modified bomber TU-95В, had a power in 50 megatons. Such a bomb evaporates a stone within a radius of four kilometers and brings down underground communications tens of kilometers around. Let me remind you that the power of that explosion was artificially lowered by half, so that the bomber crew could fly to a safe distance. 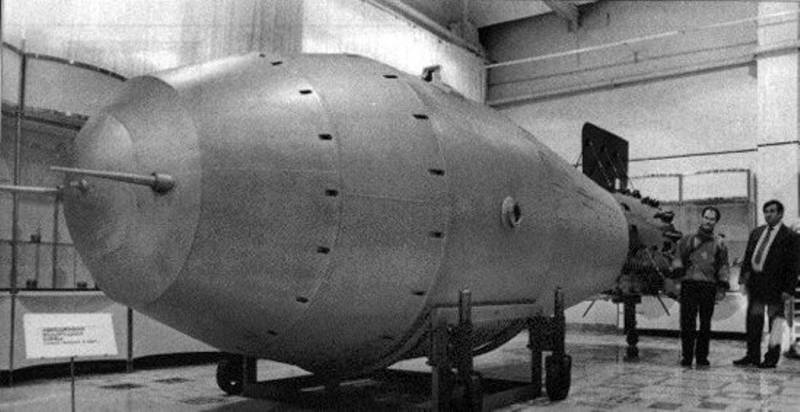 Yamantau also can not be Putin's bunker because of its remoteness. In the event of a nuclear war, the main blow will be delivered suddenly, in 10-20 minutes. You can escape from the capital only through an underground network of tunnels or a helicopter protected from the effects of a nuclear explosion. The maximum range of the modified Mi-8, on which Putin flies, is no more than 600 kilometers, while Yamantau is twice as far. Relying on the option with transfers and refueling is not possible, since the first blow is likely to destroy the main flight infrastructure of the country. There are no operating airfields in Mizhhirya itself or in neighboring Beloretsk to receive even a small plane, not to mention presidential Il-96-300. Therefore, the only option for the survival of the country's leadership is secret bunkers in the Moscow region or in neighboring areas. And the main emphasis is on the word “secret”, since only secrecy can save the country's leadership in the event of a full-scale nuclear war. 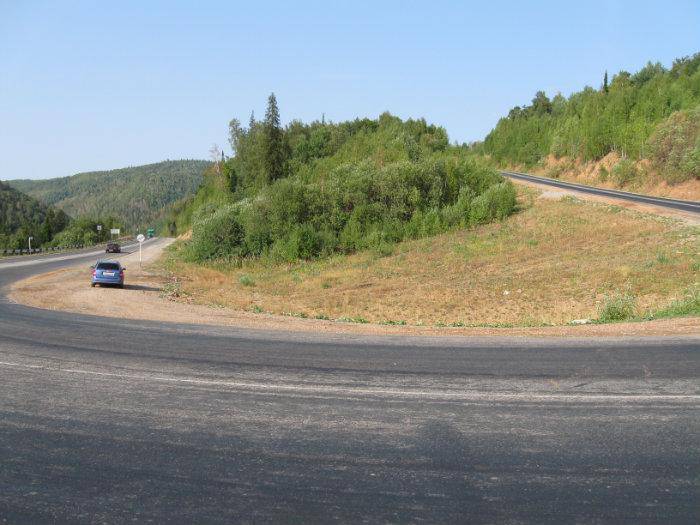 Thirdly, Yamantau is not suitable for the role of the doomsday ark, since it does not have an appropriate transport infrastructure. Next to Yamantau, there is only one narrow and winding road, full of steep cliffs and bridges over mountain rivers. Only one truck will be able to block movement along the entire route, which happens even in peacetime. The railway, built in the Soviet Union right up to Mizhgirya, is now abandoned. In many places, the rails are removed, the bridges are in a dilapidated condition. The nearest airports are located in Ufa and Magnitogorsk, so the main hope for the highway. However, in case of emergency without the support of the engineering troops, the carrying capacity of the route will drop to zero. Remember what happens in large cities at rush hour, when only one car breaks down on the road, and multiply it by hundreds. Theoretically, you can walk to Yamantau from the highway itself, but landmarks easily get lost in the taiga, and in winter, without special equipment, the chances of reaching somewhere tend to zero. 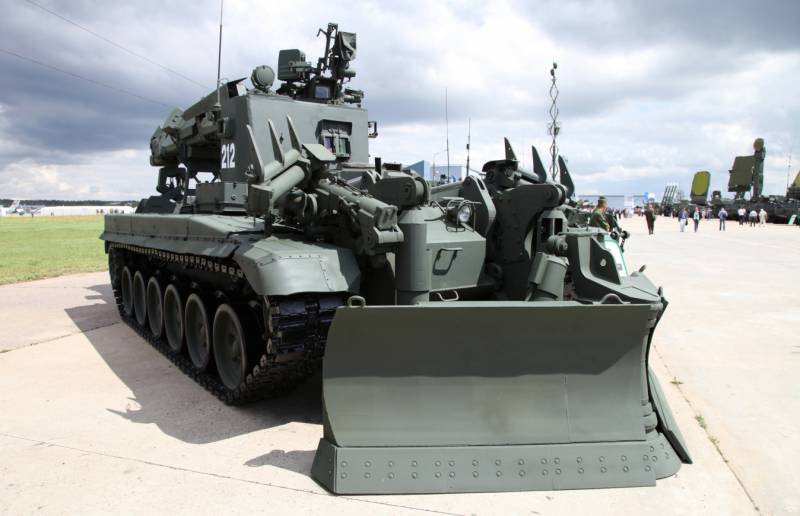 And, finally, Yamantau is not suitable for the role of the Doomsday Asylum, since the object has no military cover. It is the internal troops that could ensure order during evacuation, while the engineering units would guarantee the passage of equipment even with a weak transport infrastructure. Air defense could cover the mountain in case of an attack from the air. Meanwhile, the military units that once surrounded this object are now abandoned.

All these factors do not exclude the potentially more important role of Yamantau. This is evidenced by the fact that the railway was still built, there was an airport in Beloretsk, and the mountain was surrounded by multiple construction sites and military units. The fact that now this infrastructure has been destroyed and is not being restored is more likely to say that the government does not see a particular threat for which it is worth preparing.

Nevertheless, nuclear war is not the only risk for which it is worth building and maintaining a large underground facility. The possibility of a pandemic, a sudden geological or climatic catastrophe, the fall of a large meteorite or an asteroid remains. For this, it would be worthwhile to develop the transport infrastructure, because the current one does not guarantee the salvation of anyone except the Yamantau staff, and, perhaps, the inhabitants of Mezhgirya. 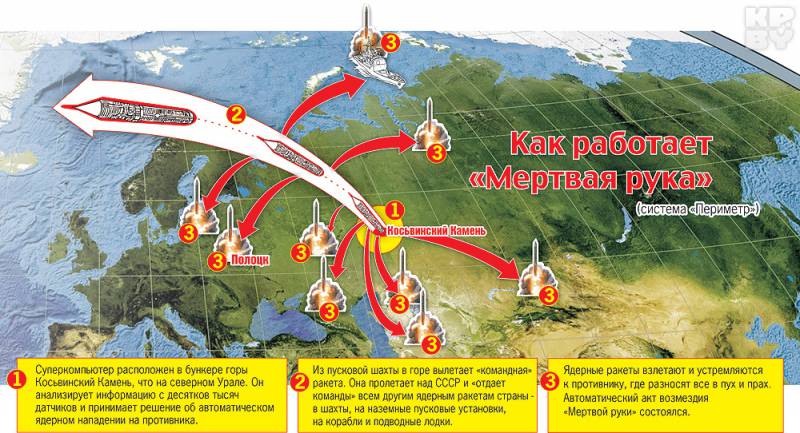 What is currently the object under the mountain Yamantau? There is a high proportion of the likelihood that there is one of the elements of the “Perimeter” system - the automatic control complex of a massive nuclear response. In this case, in the vicinity of the mountain should be rocket mines with command missiles, as well as satellite communications complexes. However, the first and last can be mobile. In addition, it is possible that in the underground palaces of Yamantau is a secret research or production facility. This version is indirectly confirmed by the presence of another closed city on the border with the South Ural Reserve. In Trekhgorny at the “Instrument-Making Plant”, since the year of 1952, they have been manufacturing nuclear ammunition. It is possible that the products of this plant are stored at Yamantau. Personally, I consider this version to be the most likely, since, due to its remoteness, the mountain provides additional security, and with an accidental detonation, the Yamantau mass will prevent radioactive dust from entering the atmosphere.

Let's sum up. Yamantau cannot claim to be Putin’s bunker, although with the proper development of the surrounding infrastructure, he has the potential to become something like an ark in case of a global catastrophe. Now Yamantau is not ready for this role. Most likely (guided by the principle of the Okham blade), the current main purpose of the facility under Mount Yamantau is a military warehouse.

Ctrl Enter
Noticed oshЫbku Highlight text and press. Ctrl + Enter
We are
About Stalin and KhrushchevWhat you didn't want to know about England
Military Reviewin Yandex News
Military Reviewin Google News
206 comments
Information
Dear reader, to leave comments on the publication, you must sign in.