6 2016 June
37
This is reflected in the events that occurred in Germany in recent days. On Friday, June 3, Chancellor Angela Merkel spoke at the regional party congress of the Christian Democratic Union in Mecklenburg-Western Pomerania. Here Merkel made an unexpected statement: “I am in favor of Russia gradually moving closer to the European economic space, so that we ultimately have a single economic zone from Vladivostok to Lisbon.” 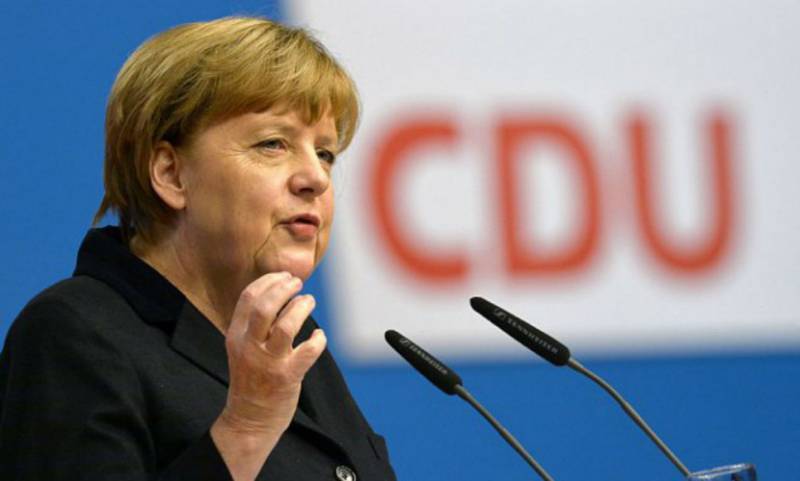 Why does Europe need our Vladivostok?

The idea of ​​"Greater Europe" has a long history. For the first time, it was expressed by the charismatic French President Charles de Gaulle. In the 1959 year, at the beginning of his presidency, he delivered a famous speech about “Europe from the Atlantic to the Urals”. De Gaulle raised this topic quite often, including during his visits to the USA and Germany.

The idea of ​​the French president drew attention in Moscow. Nikita Khrushchev called out the Frenchman deeply outraged. Khrushchev took it as an attempt to dismember the Soviet Union, and instructed the embassy to find out what specific meaning the French president had put into his words. Charles de Gaulle then told the Soviet ambassador S.A. Vinogradov: “The time will come when we will build Europe together with the Soviet Union.”

That was in 1962. Gaining momentum "cold war". No one could have imagined some deep political or military cooperation on the continent. The closed Soviet economy did not favor this either. Charles de Gaulle was not understood either in the East of Europe or in the West.

The unifying theme appeared in Russia only half a century later. It has been transformed into a broader concept - “The Common Economic Space from Lisbon to Vladivostok”. Authorship of the new idea is attributed to different politicians. What is important is not this, but the fact that it was accepted by the supreme power of Russia. She was inspired by the deepening cooperation with Germany, actively supported by former Chancellor Gerhard Schröder and saw real prospects for broad economic interaction on the continent.

However, the yard was already 2012 year. In Germany, Chancellor Angela Merkel was now the boss, announcing from a threshold that she would reconsider German policy towards Russia. By inertia, she, together with the leaders of the European Union, responded to the proposal of the Russian president to visit Siberia, to realize its vastness.

This trip took place, but did not bring any results. In European politics, there was already a mood to restrain Russian initiatives, to make Russia dependent on the European Union. Moscow occasionally reminded of the “Greater Europe” project, but few people paid attention to these calls, but in vain.

The proposal of the Russian authorities, in fact, reflects the trend of world development. Today the center of the world economy is shifting to Asia. According to forecasts of the World Bank, in Europe (including Russia) the population will rapidly grow old and shrink. At the same time, in developing countries by the 2020 year, only the middle class will grow to 1,2 billion people. Growth over 2005% compared to 200 year. In 40 years, these countries will produce almost 80% of the material benefits of the world and largely claim the resources of the planet.

These trends are already visible in a number of projects. One of them is the Chinese “New Silk Road”. A serious struggle has unfolded over the routes of moving goods from China. Without abandoning it, Russia proposes not only to become a part of transit, but to bring developed economies closer to new industrial production centers, which is in line with the “Greater Europe” project.

Non-engaged European politicians are aware of the importance of this approach. In April, for example, the head of the Austrian Federal Economic Chamber, Christoph Leitl told the Wirtschaftsblatt newspaper that a single economic space from Lisbon to Vladivostok would strengthen Europe’s position, and spoke in favor of negotiations on this topic.

What is the difference between the April statement of Austrian Leitl and Friday's speech by Chancellor Merkel? Christoph Leitl insists on equal partnership with Russia. Angela Merkel sees the Russian economy subordinate to Europe, hence her demand that "Russia gradually get closer to the European economic space." Such an approach is unlikely to contribute to the development of partnerships. And this is not the only obstacle for them.

The other day in Germany came the "White Book". This document determines the strategic course of the country, serves as a guide for the nation, and guides the government in making policy and security decisions. According to the newspaper Die Welt Torsten Jungholt, the German government has not updated the "White Book" for ten years. This means that a new strategy has been determined not for a year or two, but for a decade.

The White Paper, which was actively quoted by the German media at the weekend, explicitly states that Russia is “no longer a partner, but a rival”. It turns out that Chancellor Merkel is now contrary to Germany’s strategy when he says, as she did on Friday, about the development in Europe of a single economic space from Lisbon to Vladivostok.

It is impossible to imagine cooperation on this broad field in a competitive environment. Moreover, in the White Paper, Russia is named among the primary threats to Germany, along with terrorism, uncontrolled migration, global warming and other global problems.

Germany’s concern is the use by Moscow of “hybrid tools to blur the boundaries between war and peace”, as well as “subversive activities in relation to other countries”. As the White Book cites the Die Welt newspaper, “if Russia does not fundamentally change its course in the near future, it will be a threat to security on our continent”.

“Russia is ready to promote its interests by violent means,” this statement of the German White Book not only repeats the rhetoric of the American administration, but also intimidates the Germans with the Russian threat. With her, they lived a long period of the Cold War. With it come in a new strategic decade.

It is noteworthy that almost simultaneously with the wave of publications in the German media about the “Russian threat” recorded in the White Book in the Baltic Sea, the NATO large-scale Baltops-2016 exercises began. The maneuvers involved 50 ships, 60 aircraft, helicopters and unmanned aerial vehicles from 18 of NATO countries and alliance partners. More than 4,5 thousands of troops are involved in the exercises. The maneuvers are held at sea, on land, in the air and are close to the western borders of Russia. Germany is the most active participant.

In this regard, it is appropriate to recall the recent interview of the representative of Russia to NATO, Alexander Grushko, to the German television channel Das Erste. Grushko then pointed to the sharply increased military activity of NATO: “A new exercise is taking place in a day in accordance with the Action Plan to improve the readiness of the alliance. The number of NATO exercises (in 2015) has exceeded 200. ”

Of particular concern to Russia are the plans of the United States to deploy in Europe, in Germany, the modernized B-61 nuclear bombs. According to the Pentagon, the nuclear charges of bombs will be of lower power. This will allow, according to the US military, "to reduce civilian casualties if they are used." The upgraded B-61 plan to make 400 units, while now only 200 nuclear bombs are placed in the NATO arsenal in Germany.

The Russian Foreign Ministry expressed its concern about the new plans of the North Atlantic Alliance. The statement of his representative noted: “Analysis of the characteristics of new air bombs suggests that their deployment could significantly lower the threshold for the use of nuclear weapons. Instead of a means of deterrence, such weapons potentially become weapons of the battlefield, as was the case during the Cold War. ”

The examples given without any White Paper show where the real threat to the continent comes from. They know about it in Germany, but prefer not to notice, blaming Russia for everything. Now it has been elevated to the rank of the strategic policy of the German government, and thus set a serious barrier to mutual partner cooperation. In such a situation, the proposal of Chancellor Merkel to return to the “Greater Europe” project is a clumsy attempt to combine the incompatible. She is clearly doomed to failure.

Europeans will feel it very soon. As well as the fact that the time for making a strategically important decision for the continent remains little. So it is possible to miss the moment when the center of the world economy will finally shift to Asia, leaving a self-confident Europe on the outskirts of civilization. This is still very few people believe ...