5 2016 June
102
The SBU announced the suppression of the attempt by the “management of the Russian industrial group” to export equipment of the Kharkov Tractor Plant to the Russian Federation, reports Rambler News Service with reference to the press service of the Ukrainian department. 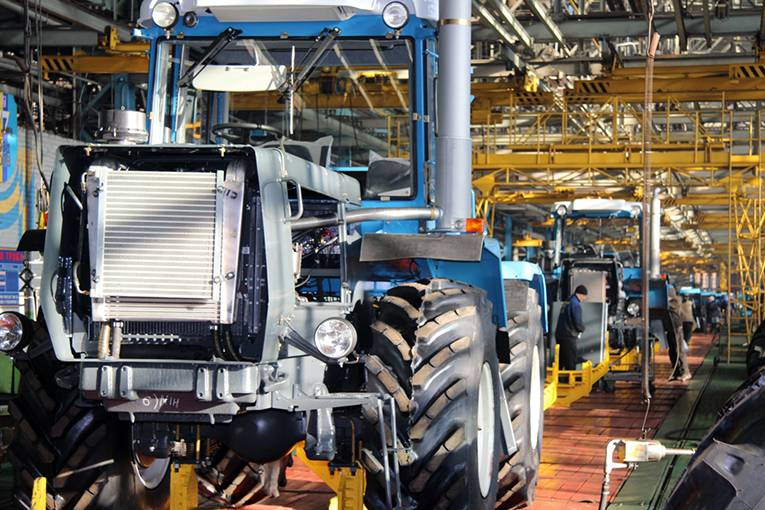 According to the Security Service of Ukraine, “KTZ General Director Andrei Koval, appointed to this position in March 2016 of the year, prepared the equipment for the casting shops for dismantling for export to Russia at the direction of the Russian owners of KTZ.

It is noted that the Ministry of Defense of Ukraine planned to place an order at the plant.

“After the intervention of the Security Council of Ukraine, the property and accounts of the plant were seized, thereby preventing the loss of production equipment and unique design documentation, as well as preventing the dismissal of nearly a thousand skilled employees of the enterprise”
says release.

Koval disappeared, and was declared wanted for attempted sabotage.

According to the publication, at the end of April, KhTW was bought by Ukrainian entrepreneur Alexander Yaroslavsky - one of the hundred richest people in Ukraine, whose wealth is estimated at $ 721 million.

With 2004, the plant was listed in the list of “strategic facilities”. In March of last year, the head of the Ukrainian government, Arseniy Yatsenyuk, removed him from this list.

Ctrl Enter
Noticed oshЫbku Highlight text and press. Ctrl + Enter
We are
"CyberBerkut" got access to documentation relating to US activities in UkraineThe guys from our yard. Photo report from the opening of a unique sports ground
Military Reviewin Yandex News
Military Reviewin Google News
102 comments
Information
Dear reader, to leave comments on the publication, you must sign in.