"Red Shaitan" - the storm of basmachs

11 2016 June
40
Hollywood erected comic book heroes in the cult of national heroes, while Soviet directors went the opposite way. They made quite real people legends who defended hundreds of people at the cost of their own lives in the most difficult times for Russia. It happened with a simple border guard of the Russian Imperial Army, Mikhail Pospelov.

It was from him that the creators of the “White Sun of the Desert” film sketched the image of the customs officer Vereshchagin, who was so much loved by the people that he became a symbol of the entire customs service of the USSR, and later of Russia - monuments were erected from the customs services in several cities at once, the ships.

Surprisingly, the director Vladimir Motyl did not have to embellish the image of the hero in the film, because the life of Pospelov was so full of unprecedented feats. For the first time he heard about border guard Motyl during a business trip to Turkmenistan, where they spoke about a Russian miracle hero even after his death. 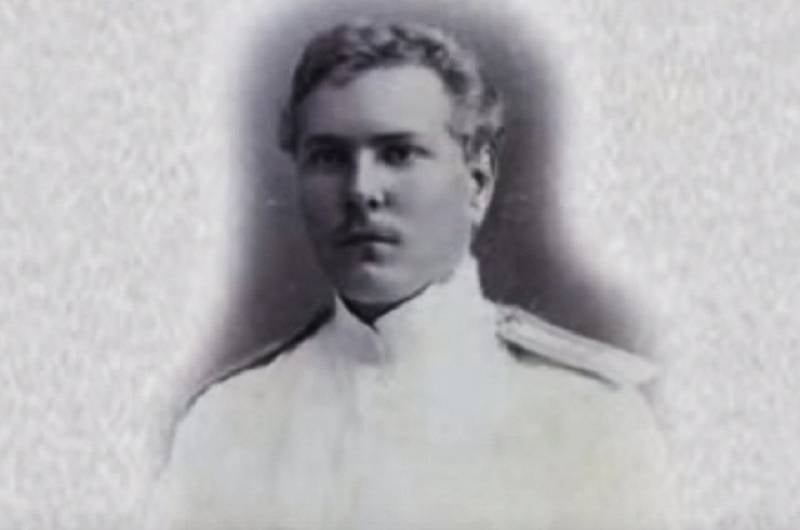 Mikhail Pospelov was born in 1884 year in the most ordinary family in the city of Orel. Among his peers, he stood out for his remarkable strength, unsurpassed riding skills and perfectly knew how to find a common language with people. This helped him to enter the Tiflis Military School without problems, after which in 1911, he returned to serve in his native city as a lieutenant. It was boring for a hot young officer to spend days at headquarters, so he gladly participated in all sorts of dressage and possession saber competitions — during his service in the Russian Imperial Army he received six imperial awards, which were always adorned with sheath of checkers.

By 1913, his endless requests for transfer to a more suitable place for him were nevertheless satisfied and Pospelov went to the border with Persia, to the Hermabian border detachment, where our hero opened up in all its glory. 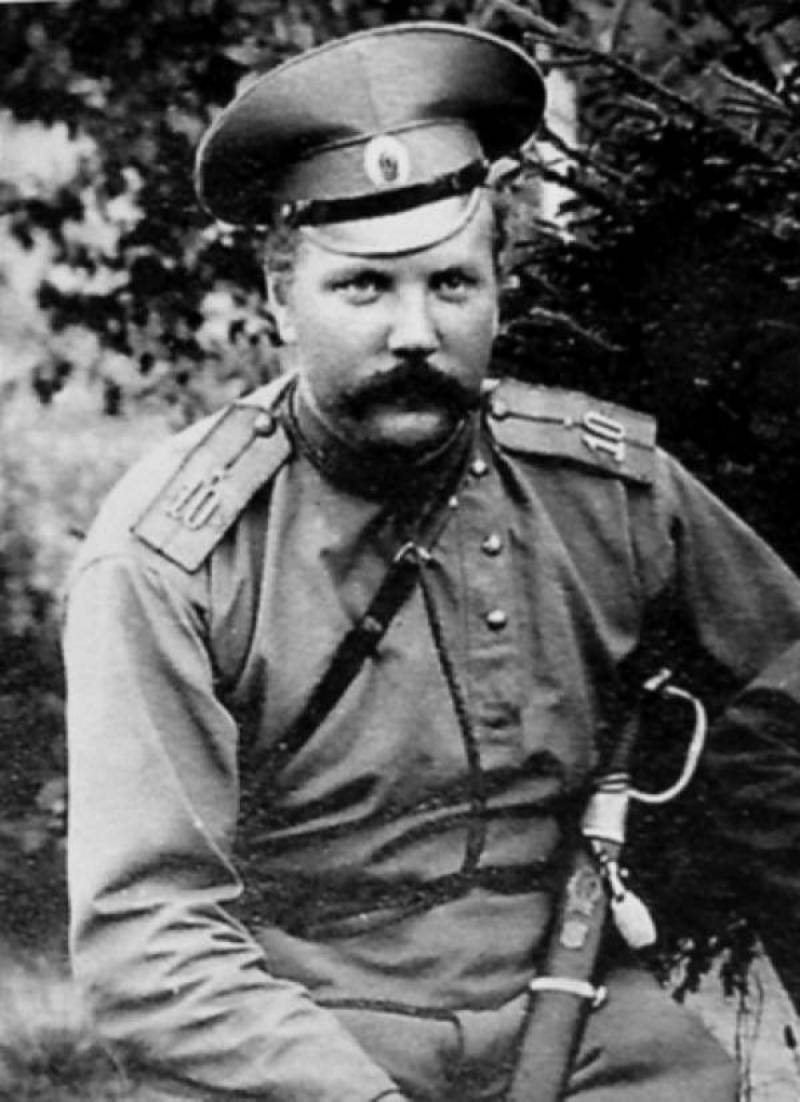 Starting with the command of one small outpost, he soon became the head of the entire detachment standing on guard of the 100-verst section of the border. Pospelov launched an active struggle with the Basmachis' gangs and smugglers in the region. Despite the valiant fervor, the officer made a bet on cunning. First of all, Pospelov created an agent network among the local population, which was extremely dissatisfied with extortion and robbery of the robbers. It is obvious that his hundreds of fighters could not control such a long stretch of the border, but with the help of the local, the detachment had eyes and ears all over the front. 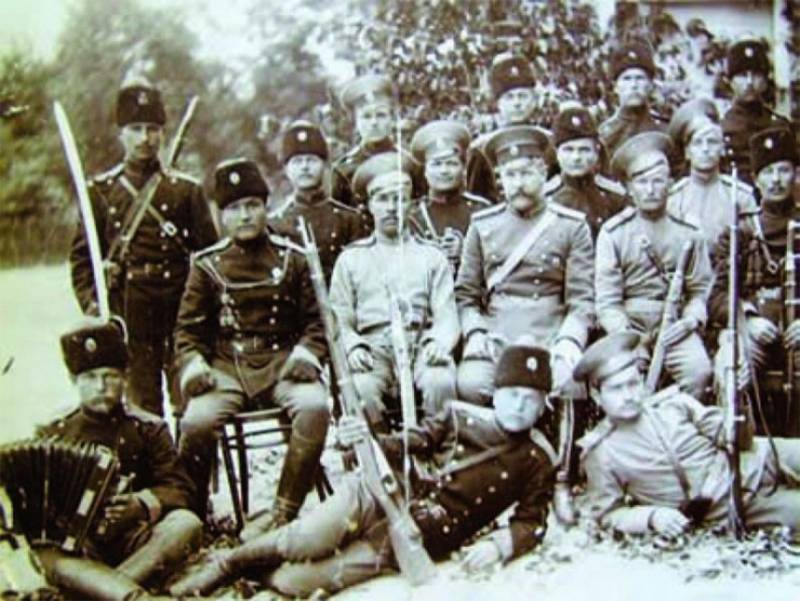 Now the patrols were not chasing the elusive gangs across the endless expanses, but opened up a real hunt for them, arranging ambushes in the most unexpected places. And always the fighters in battle led the Russian hero. It was for his omnipresence that the basmachi called him Shaitan, because in the stories they told to each other, Pospelov found himself in several places at once.

But he was not nicknamed red for political affiliation. The first thing that threw people in the eye was not at all youthful to become an officer and not his sword, sparkling with awards, but long and magnificent red mustache and equally bright fiery hair. According to the surviving enemies, in the heat of battle, it seemed as if they had to fight with a fiery demon. So officer Mikhail Pospelov became “Red Shaytan”.

But it was only an adage to his adventures. All his work went to pieces when a revolution occurred in the country. Within a few months, nothing remained of his detachment - the rank and file, recruited mainly from the central parts of Russia, rushed to protect their families, and the officers fled to Persia, or began to join the White Guards. He didn’t hold anyone back, perfectly understanding the feelings of his comrades. As a result, only he, his spouse, their two daughters and a translator remained in the detachment. 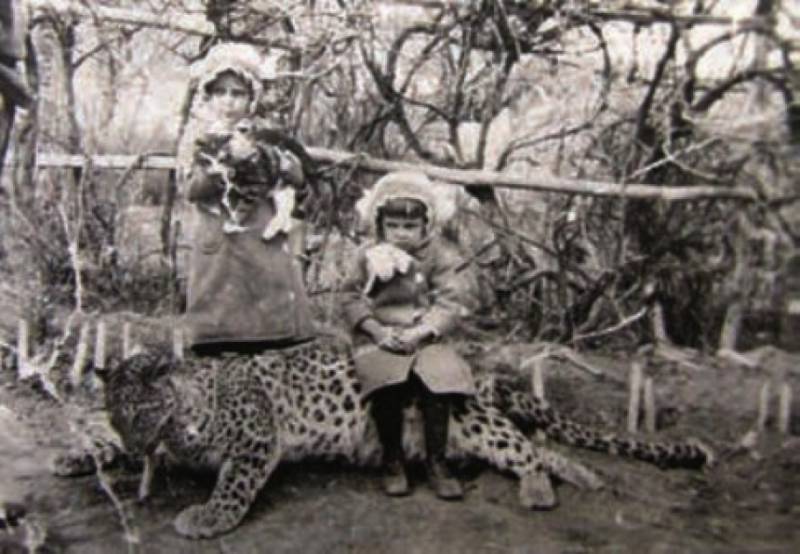 “Red Shaitan” was well aware that the enemies would come very soon for him and his family, but he did not leave the post. Instead, he turned his house into a real fortress, and it was very accurately recreated later in the film - a garden with a variety of trees, a pond with carps and peacocks. Pospelov taught everyone to protect this stronghold of calm - the spouse mastered a machine gun, and both daughters mastered rifles, despite their young age. The family lived exactly the same way as shown in the film - up to 1919, it defended its home and family. Most of weapons remained at the disposal of the detachment, so there was no shortage of means of defense. A machine gun was installed on the roof, behind which the spouse was often located, and the “Red Shaitan” itself was shot from several bomb-bombs installed in the courtyard. When there were no enemies, Pospelov drank longing for a distant homeland with moonshine, exactly like the customs officer Vereshchagin. But only until his patience is exhausted. 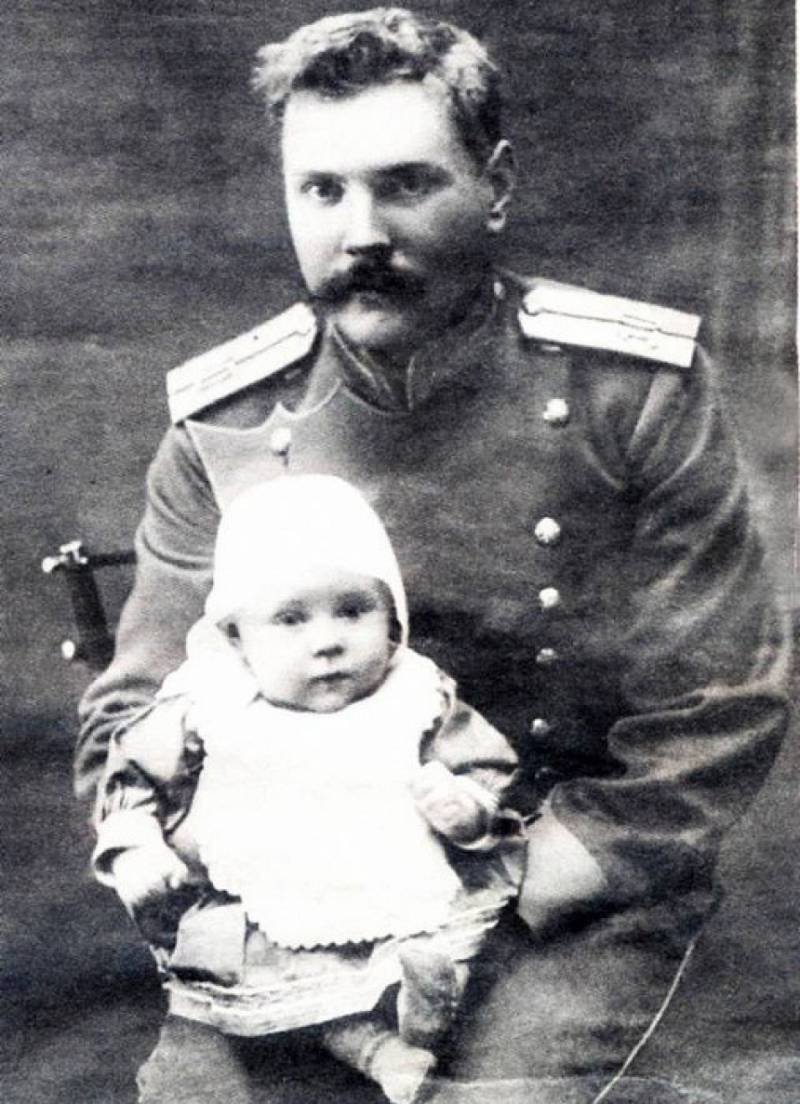 Later, describing the image of Vereshchagin, the writer Vladimir Sharov will say - “In the film, and especially in the character of Vereshchagin, is our true self-image. We are powerful, condescending and uncluttered. We drink a lot, but from the sadness and imperfection of the world. We are sure that our image is distorted by enemies or circumstances. Evil we do not wish anyone, and when everything completely goes beyond, in silence, but rather decisively eliminate untruth and evil. ” The same can be fully attributed to the life of “Red Shaitan”.

However, Pospelov does not die in an unequal struggle, like his alter-ego in the movies. One day he decides that he cannot live any longer and appeals to the elders of the neighboring settlements to jointly resist the Basmachis. Of the local volunteers, “Red Shaitan” revives its legendary frontier detachment from the ashes. 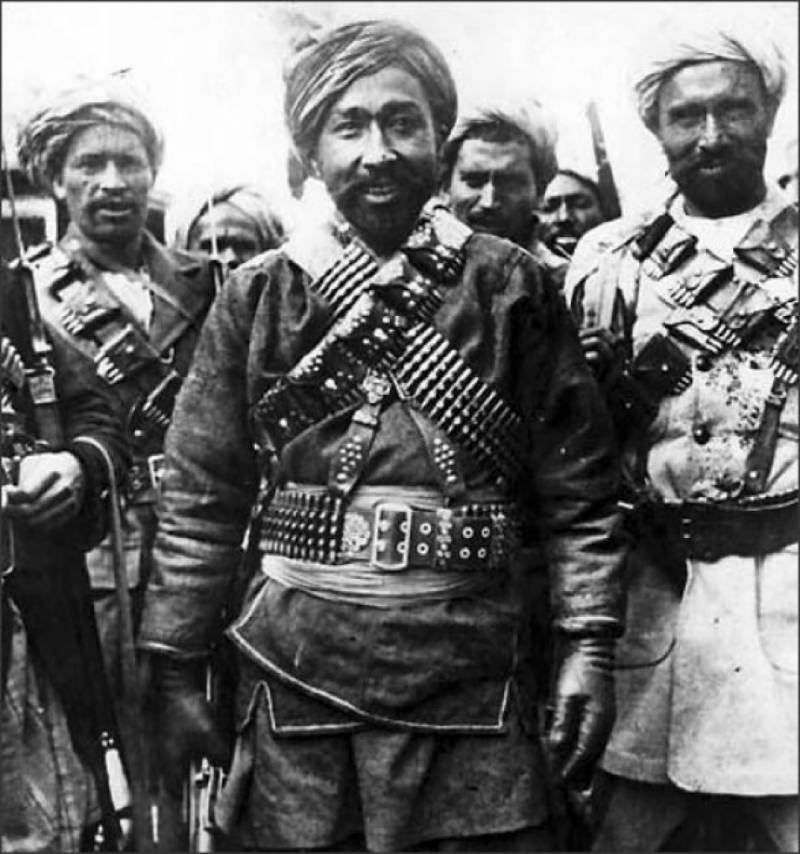 In just six months, the new border guard fully regains control over the entrusted section of the border, and in December 1919, when the Soviets take power over Turkmenistan, the Pospelov militia joins the Red Army and becomes the border battalion. After a year and a half, the Tsarist officer is appointed to command the protection of the entire Soviet-Persian border. At the same time, he is training new officers.

As soon as the whole frontier is under the control of well-trained and armed officers of the Red Army, Pospelov leaves his post for a much more ambitious task - the “Red Shaitan” declares war to the Basmachi in the entire Asia-controlled Asia. It takes him five years. He also personally arranges insidious ambushes for gangs, actively attracts the local population and shares with all his knowledge and experience so that his “Red Shaitans” appear in all corners of Asia Minor. 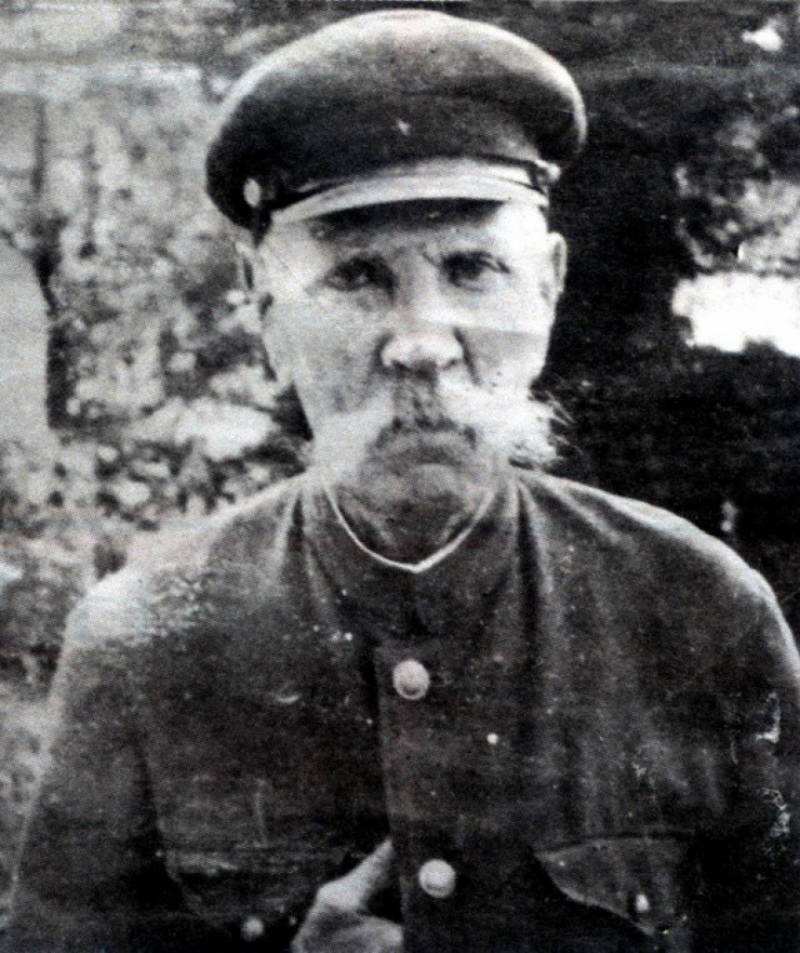 At the end of 30-s, old wounds and age no longer allowed the hero to keep up with the grown shifts and “Red Shaitan” changed his profession, although he did not say goodbye to his fiery hypostasis - he headed the fire department of Tashkent. Because of his age, he was forbidden to go to the Great Patriotic War, but he himself was not particularly eager, but continued to train young people, what he did until the last days of his life. “Red Shaitan” died in 1962, at the age of 78. His grandchildren and great-grandchildren continued his work, making the words of the heroic grandfather, which he said in response to the White Guard's invitation to flee to the UK, “I am the border guard, and my job is to guard the border of the Fatherland.” And I'm not going anywhere from here. ”