4 2016 June
71
The State Department asks Russia to "make a distinction between terrorists and truce members" when striking in Syria, reports RIA News statement by the representative of the Office of Mark Toner. 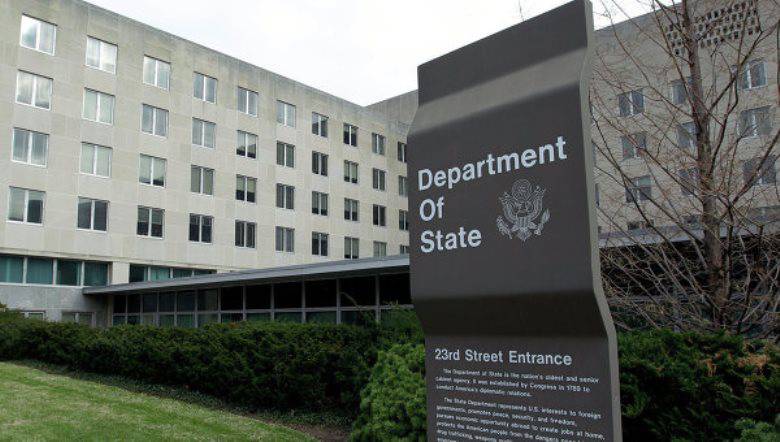 “The Secretary of State (John Kerry) brought to the notice of Russia and the regime (Syrian President Bashar) Assad the need to distinguish between terrorists and participants in the truce. The United States has been talking about this to the Russian Federation in recent weeks, ”said Toner.

“We all agree that the“ Islamic State ”and“ Dzhebhat al-Nusra ”represent a real security threat in Syria. But there are air strikes that are directed not only against these groups, but also against the opposition and civilians ”,
added on.

According to Toner, “this creates conditions conducive to strengthening the terrorists.”

Meanwhile, the Russian Center for Reconciliation reported that it has information that “the militants of the Free Syrian Army move freely through checkpoints and areas of settlements controlled by ISIS terrorists”, including in the “settlement” Mareaa of the province of Aleppo and surrounding areas. ”

According to the Russian military, "this information confirms the contacts of the commanders of the armed forces of the Syrian Free Army and the IG, with the aim of conspiring to deter the onset of the Afrin Kurds in this locality."

Earlier, Sergei Shoigu said that Russia "reserves the right to unilaterally strike at terrorists who did not join the truce from 25 May."