Terminator-3 will be primarily adapted to the T-72 and T-90 platforms.

4 2016 June
55
The new Terminator fire support vehicle (BMOP) primarily involves a platform tanks T-72 and T-90, the version on the Armata platform is also being developed, but so far in an initiative manner, it is transmitting TASS a message from Vyacheslav Khalitov, deputy general director of Uralvagonzavod. 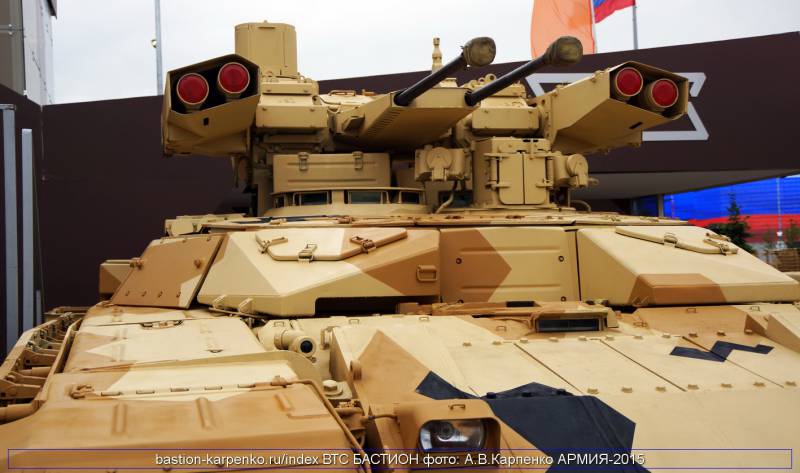 He noted that specialists “are considering the possibility of installing various combat modules on a new machine, including those with 30 or 57 caliber millimeters.”

According to him, this will allow the use of a combat vehicle "both against medium and heavy targets, as well as against light equipment, as well as low-flying helicopters and UAVs."

Touching on the Armata platform, Khalitov explained that everything would depend on the customer in this matter.