"There was not a single year when volumes fell, there was always growth" 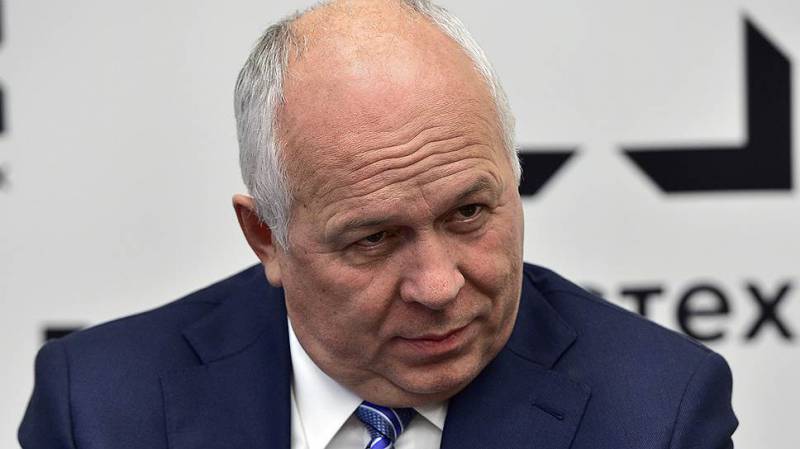 Director General of the Rostec State Corporation, SERGEY CHEMEZOV, is one of the founders of the current system of military-technical cooperation between Russia and other countries. He told a special Kommersant correspondent, Ivan Safronov, why the creation of a single intermediary for deliveries weapons justified himself, and also revealed the details of some resonant contracts.

- What prerequisites existed at the beginning of 2000 for creating a state mediator in the person of Rosoboronexport?

- In 1990, practically everything was involved in the sale of weapons in Russia: most enterprises had licenses giving the right to conduct foreign economic activity. Licenses allowed them to supply their weapons and military equipment abroad. This led to serious internal competition between the existing Rosvooruzhenie, Promeksport and Rostekhnologii. Companies were created to address specific narrow-profile issues: Rosvooruzhenie was supposed to sell exclusively new military products to foreign customers, Promexport - to supply weapons belonging to the Ministry of Defense of the Russian Federation, Russian Technologies - to transfer licenses for construction, for example, of factories. In fact, everyone was doing everything. Manufacturers who also traded in weapons entered into the competition. They could be understood: the state defense order was tiny, so the companies were ready to sell their products to anyone and receive at least some money for it, just to load their capacities and not let production die. The figures speak for themselves: in 2000, the volume of arms exports was $ 2,9 billion.

Then the idea arose to create a single company that would become the state intermediary in the supply of final products, thereby removing competition between enterprises in the domestic market.

- Who started to work on the reform?

- We with Ilya Klebanov (in the 1999-2002 years, Deputy Prime Minister of the Russian Federation - “Kommersant”) developed a new system. Our task was not just to invent a company, but to design an existing system of military-technical cooperation. It was decided to build a presidential vertical: to close the system to the president, who would have the last word on the issue of supplying weapons to certain countries, and create a commission under the head of state — a collegial body. As a result, a committee on military-technical cooperation with the Ministry of Defense of the Russian Federation appeared, which since 2004 has turned into the service and the only supplier of finished products - Rosoboronexport. At the same time, the enterprises secured the right to supply spare parts and repair already delivered products. We have a unique system like it in the world does not exist, and it has already proven its effectiveness.

- Were there any opponents of such a system?

- There were, of course, very much. Enterprises were against it, because with such a configuration, they lost the right to trade arms independently - objectively, their level of efficiency was quite low. Rosoboronexport has 50 offices around the world, not a single company in Russia could and could not reach such a number of countries. For 15 years, we put weapons in 116 countries worth $ 115 billion. Not long ago our order book was $ 45 billion, and now $ 48 billion. Time has shown that the decisions made then were correct: export volumes are growing. There was not a single year when volumes fell, growth was always observed: today, the volume of deliveries through Rosoboronexport has exceeded $ 13 billion annually, and together with other enterprises over $ 15 billion.

- The option of creating a scheme like the one that operates in the United States has never been considered? I mean the sale of weapons through the Pentagon.

- It is unlikely that it would be viable in our conditions. It would be necessary to create a separate structure in the Ministry of Defense, so that it deals only with these issues. This would certainly lead to an increase in budget expenditures for the maintenance of the apparatus. I do not think that this is relevant now.

- How do you feel about the fact that some companies are seeking the right to supply finished products around Rosoboronexport?

- For this, a separate presidential decree is needed: he has that right. This is all enshrined in the law on military-technical cooperation. This was the case, for example, when the Pantsir-S1 anti-aircraft missile-gun systems (developed by the Tula KBP.- "Kommersant") were supplied to Syria.

- How much does Rosoboronexport receive commissions for its work?

- The largest buyers of Russian weapons are known: for example, India, China, Algeria, Vietnam and Egypt. Are their financial opportunities enough to keep up the pace in the coming years?

- I think enough. After all, military equipment is prone to become useless over time, it needs to be changed. There are also factors that dictate the need to return to military procurement. Where there is war and armed conflict, there will always be a demand for weapons. Conflicts in the Middle East draw attention to our weapons.

- Are China, Egypt and Algeria interested in Buk-M2E and Antey-2500 anti-aircraft missile systems, as well as Triumph C-400 systems?

- There is. I note that we have a rule: first we supply the armament of our army, and then we sell arms abroad. Many customers are asked to deliver the ordered weapons to them earlier, but we immediately warn them about the dates and the order - this was the case, for example, with China.

“And when will the Chinese army get the C-400 systems?”

- Do you regret the loss of the Libyan market?

- Of course, we had a package of contracts for $ 7 billion there. But today we don’t have to talk about a serious increase in purchases: there is an official government that does not have funds, and there is an opposition to which we cannot sell weapons. If purchases are, then, most likely, small.

- What can you say about the Syrian market?

- Russia has saved Damascus from the fate of Tripoli with its efforts, it is obvious that now they have other issues on the agenda. They are interested in supplies, but after 2011, no major contracts were concluded.

- But after all, some of the previously concluded contracts were not executed. Why haven’t C-300 been supplied to Syria?

- We lost time. Before the start of the civil war in the country, we had the opportunity to supply the Syrian military complexes. But in the end the contract was terminated. In agreement with the Syrian side in the amount of the advance payment, we carried out repairs of their equipment, as well as supplied spare parts and ammunition.

- The groundwork, which was prepared for Syria, was used to supply C-300PMU-2 to Iran?

- Yes, we are talking about four divisions. We stopped producing the "300" for a long time, and Iran insisted only on C-300. We also offered a more modern "Antey-2500", but they were adamant.

- In accordance with the contract. Some of the components have already been delivered to the customer, I hope that by the end of the year we will execute this contract.

- Does Tehran show interest in other types of weapons?

- They are showing, but talking about signing contracts for offensive weapons - sort of tanks T-90 or Su-30SM fighters - not necessary. As long as the UN Security Council sanctions exist, we will supply what is not subject to restrictions, for example, air defense systems. We have never violated international agreements. We will not break now.

Ctrl Enter
Noticed oshЫbku Highlight text and press. Ctrl + Enter
We are
Sergey Chemezov: We got the opportunity to create all ourList of destroyed the largest and most high-tech enterprises
Military Reviewin Yandex News
Military Reviewin Google News
33 comments
Information
Dear reader, to leave comments on the publication, you must sign in.