Steel grave: why the Israeli tank from Kubinka will go home 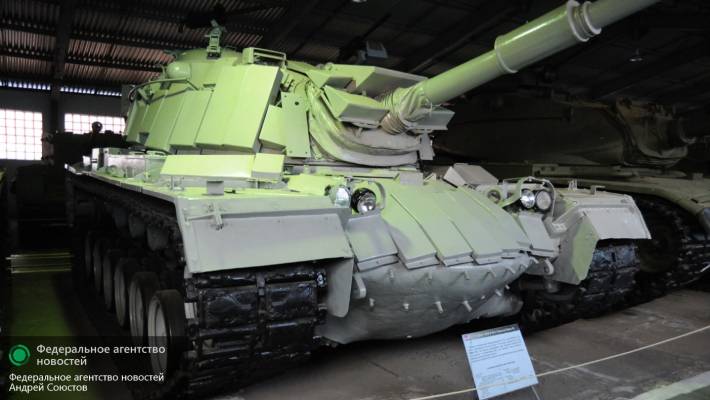 Russia is ready to transfer to Israel, an Israeli tank located in Xubin in the Kubinka town near Moscow, world news agencies report. This information has already managed to make a lot of noise in the Russian public. Why on earth is this done? What will Russia get in return? And what kind of tank is that?

The correspondent of the Federal Agency understood the issue News.

Starting point in this stories was the arrival in the first half of the 60s of the XX century in Israel, the starting party of American tanks M48 "Patton". Since at that time the United States officially supported the embargo on the supply of military equipment to Tel Aviv, the Yankees made a kind of “horseback move”. The Israel Defense Forces (IDF) received American vehicles not directly from the United States, but from the arsenals of the Bundeswehr.

Following the launch party, new ones followed, so that very soon the IDF acquired a very solid fleet of American Pattons. The new owners renamed the car in "Magi". In English - Magach. The Israeli name М48 was deciphered as follows: Ma and Ch represented the initial syllables of Hebrew spelling four and eight, and Ga - derived from Gimel - meant Germany and served as a reminder that the first М48 were received from Germany.

However, Patton, which is already pretty outdated at that time - the “Magi” did not quite suit the Israelis. Starting from 15 December 1966, the IDF proceeded to modernize these tanks to the level of modification M48A3. After the tank received a 105-mm gun, a new transmission, a diesel engine, a low-profile turret of commanders and Belgian machine guns instead of American ones, the car was named "Magi-3".

Time passed, the power of anti-tank weapons grew in the world, and the "skin" of the Magagov did not become thicker. In order to somehow cope with this problem, the Israelis at the turn of the 70-s and 80-s made a kind of revolution in tank building - they were the first to adopt the first-generation dynamic protection (DZ). Under the name "Blazer" it began to be installed on the "Magi-3".

What is a blazer? These are metal containers with an explosive reinforced over tank armor. This substance detonates towards the anti-tank cumulative projectile, dispersing the cumulative jet and not allowing it to burn through the tank armor located under the DZ.

Actually, DZ was developed long before the 80-ies in the USSR and in Germany. But the idea of ​​covering the tank with explosives outside seemed so wild and “redundant” that these experiments remained so at the development stage. This gave primacy in the adoption of DZ in service in the hands of the Israelis.

Ira Efroni in a fire bag

6 June 1982, the Lebanese war broke out, better known in Israel as Operation Peace of Galilee. It was like that.

In 17: 30 10 June 1982, Ira Efroni, commander of the 362 tank battalion of the 734 tank battalion of the IDF, received an order from the command to occupy the intersection south of the Sultan Yaakub settlement. Intelligence data said that the defeated Syrian units were fleeing, so the battalion moved his Magaz-3 equipped Blazer with an almost traveling column and without infantry cover.

It soon became clear that the data on the status of the Syrians were "not a fact, but good wishes." After midnight, having retired eight kilometers from the main forces of their division, Efroni’s tanks found themselves in a “fire bag” that the Syrian commandos entrenched in the dominant heights staged the Israelis. Instead of the planned offensive, the 362 battalion had to break through the winding mountain road back to its own all night.

To 9: 00 11 June Efroni escaped from the "bag", but at the cost of eight wrecked tanks and the loss of 15 people. In 12: 00 11 June, a cease-fire agreement came into force, which allowed the Israelis to evacuate four wrecked tanks and most of the bodies of the dead. However, four more lost 362 battalion "Magah-3" after the cease-fire remained in the territory controlled by the Syrians.

Along the way, it turned out that the conspirators Zakharia Baumel and Yehuda Katz, as well as reservist Zvi Feldman, went missing in the hell of the night battle. All attempts to find at least some of their traces after the 10 — 11 battle on June 1982, at Sultan Jaakub, ended in failure, which was perhaps the most painful moment for the Israelis in this whole story.

Stories that had an unexpected sequel.

One of the captured "Magah-3" with "Blazer" Syrians handed over to the USSR. So the Israeli tank was in Kubinka near Moscow, where it was carefully studied. The special interest of Soviet designers, engineers and tankers was, of course, called the Blazer.

The Israeli DZ made such an impression that already in the summer of the same 1982, the USSR Ministry of Defense authorized the start of development work on the development of a DZ for domestic tanks. This feverish activity ended in 1985 with the adoption by the Soviet army of the mounted complex of the Contact-1 remote sensing complex with the 4-XNNXX dynamic protection element.

Since then, the DZ has become an indispensable component of the protection of Soviet tanks. 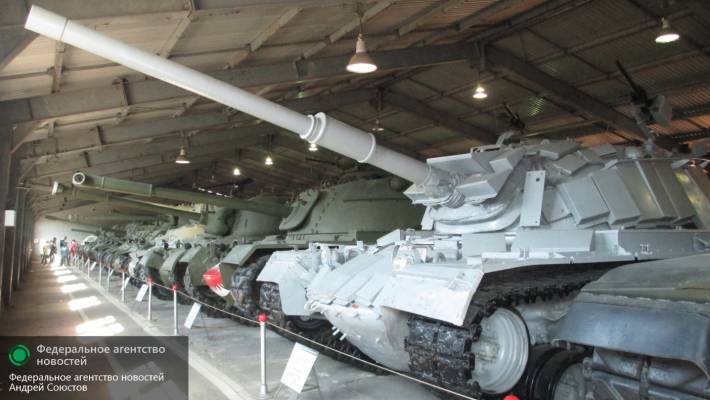 Well, what about the "Lebanese" "Magah-3"? From the test tankdrome he was moved to the departmental museum of armored weapons and equipment in the same Kubinka. In 1996, the museum was removed from 38 by the Research Institute of the Ministry of Defense of the Russian Federation to a separate state and is open to the public. Now everyone could see the “bins” of the tank museum ...

In the footsteps of the museum tales

Meanwhile, in Israel, they did not forget about their soldiers who went missing under Sultan Yakub. Not a single description of the tragic battle of the battalion Ira Efroni was complete without the mandatory mention of Baumel, Katz and Feldman. The fact that the USSR possessed a considerable number of captured Israeli armored vehicles transferred to it by the Arabs was, of course, suspected in the IDF. But Israel had no specific data on this topic for a long time.

Everything changed after the 1996 year, when the doors of the armored museum in Kubinka opened for all comers. Although after that, the bright “Magi-3” standing in the museum pavilion did not pay much attention for a long time.

This lasted until the Israelis did not reach the rumors, "for the sake of wit," distributed by one of the museum guides. He very seriously told the audience that one of the Israeli tanks was delivered to Kubinka from the Middle East, having brewed tower hatches and the remains of the deceased crew inside.

The story was just a mock up, but he forced the Israelis to start a test, during which they were surprised to see that the tank in Kubinka near Moscow was one of the lost 10 — 11 June 1982 machines by Ira Efroni! And theoretically, inside the tank at the time of its capture (but not delivered to the USSR) there could indeed be the remains of the missing Israeli soldiers.

From that moment on, the relatives of Baumel, Katz and Feldman began to bombard the government of Israel and the IDF with demands for the return of the old tank to their homeland. In the end, these messages turned into the corresponding requests of the Israelis to the Russian government and the Ministry of Defense of the Russian Federation. But for a long time these messages remained unanswered.

Another unexpected turn the story of the “Lebanese” “Magah-3” underwent after September 30, 2015, of the Russian Aerospace Forces launched a counter-terrorist operation in Syria. From this point on, our government’s attention to Russian-Israeli relations, for understandable reasons, has increased many times. The benevolent stance of Israel to Russia's actions in Syria acquired even greater significance after 24 on November 2015 by Turkish F-16 fighters in the area of ​​the Syrian-Turkish border was shot down by a Russian bomber Su-24M and relations between Russia and Turkey deteriorated sharply.

All these circumstances, together, led to the fact that the Israeli side’s initiative to transport the “Magah-3” from the Russian Federation to Israel began to find more “understanding” from the Russian government. At the request of Israeli Prime Minister Benjamin Netanyahu and with the sanction of Russian President Vladimir Putin, relevant consultations began. Gradually, the parties came to an agreement. Moreover, its study was launched not in April 2016 of the year, as the Israeli side claims, but earlier - as early as January of this year. At least, so say the staff of the Russian Central Museum of armored weapons and equipment.

One way or another, by order of the Chief of General Staff of the Israel Defense Forces, Gadi Ayzenkot, a team of IDF technicians was sent to Russia, who, together with Russian colleagues, began preparing the transportation of the tank from Kubinka to Israeli territory.

NetNyahu posted the following text on his Facebook page on 29 May, when all the dots on “i” on the issue of the “Magakh” program were: “I thank Russian President Vladimir Putin, who responded to my request to return the Israeli tank that was shot down during the battle Sultan Jaakub during the first Lebanon war. I raised this question during our meeting last month. The families of the missing Zachariah Baumel, Zvi Feldman and Yehuda Katz have not been able to even come to the graves of their relatives for 34. The tank is the only evidence of that fight, and it will be returned to Israel by the decision of President Putin, who responded to my request. ”

Tank in exchange for sympathy

To summarize, we have an exchange of obvious historical value for unobvious Israeli sympathies. The future will show how justified this step will be. In the meantime, it is obvious that the museum fund of Kubinka loses an exhibit with an interesting and unique history. Moreover, the exhibit, which had a great influence on the development of domestic tank building. 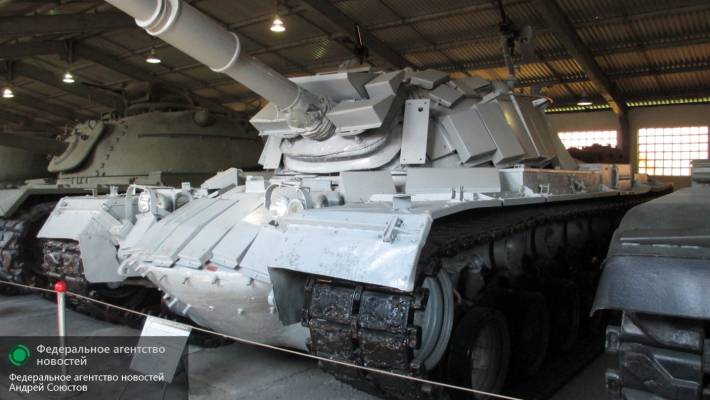 Whether the Kubinka will receive something in return for a tank going down to Israel is not yet clear. Pessimists believe that the case will be limited to the gratitude of the Israelis. Optimists and, by the way, some museum staff believe that the agreement between Putin and Netanyahu implies not just transferring the “Lebanese” tank to Israel, but exchanging it for another tank of the same modification, but deprived of the status of “steel grave”.

Speaking sensibly, such an exchange of equipment is more logical than a one-way transfer of a tank. In this case, the exchange can be made not only on the same “Magah-3”, but also on other armored vehicles, which were in service with the IDF and of undoubted historical interest. For example, it could be a heavy tracked armored vehicle “Akhzarit”, or even the main tank “Merkava” of the first modifications, converted by the Israelis from the captured T-54 and T-55.

Ctrl Enter
Noticed oshЫbku Highlight text and press. Ctrl + Enter
We are
The history of the Israeli tank "Magah-3" in KubinkaHow Stalin created Israel. By the 66 anniversary of the independence of Israel
Military Reviewin Yandex News
Military Reviewin Google News
197 comments
Information
Dear reader, to leave comments on the publication, you must sign in.