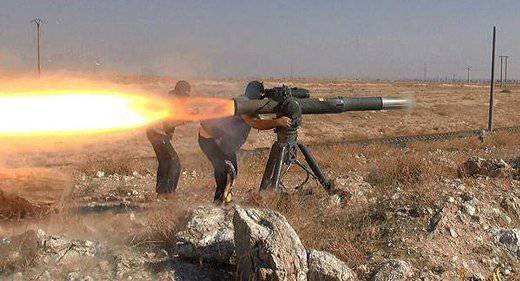 Before the outbreak of the civil war, Syrian ground forces were among the largest in the Middle East in terms of the number of armored vehicles available. Therefore, it is not surprising that in the battles with insurgents, government forces tried to realize this advantage. During the fighting, the operator of anti-tank launchers became one of the most sought-after and, accordingly, respected among terrorists specialty.

According to some data, initially the basis of the ATGM calculations was made by the former military personnel of the government troops, who went over to the side of the militants. Later, the training of such specialists already engaged in foreign sponsors. Initially, the rebels used, mainly, anti-tank complexes captured from government arsenals, including such modern ones as Cornet and Metis M. Then the ATGM, including the notorious TOW-2A, began to be supplied from abroad. 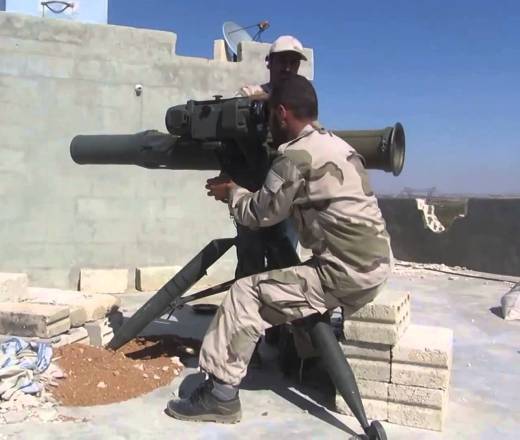 Assad’s Achilles heel was a relatively poor preparation of a large part of the crews, so observers were annoyed when tankers and soldiers who controlled light armored vehicles so easily caught ATGMs. As a rule, missile hits led to very serious consequences - the destruction of the material part and the death of the crew. A negative role was also played by the fact that most of the obsolete T-55, T-62, as well as T-72 early releases were not equipped with dynamic protection. Although the facts of defeat and destruction of combat vehicles with remote sensing were recorded. Experienced operators, even aiming rockets in the most covered forehead tanks, managed to send them to vulnerable weakened areas. 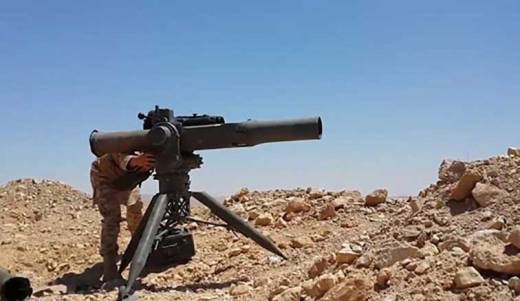 Another feature of the Syrian conflict was that the ATGM operators quite often destroyed the airplanes and airplanes of the SAR Air Force on the airfields.

As a result, ATGM operators have become one of the most hated enemies for government troops. Now the destruction of such a terrorist is considered a great success. So, recently in the area of ​​Aleppo, a TOW anti-tank gunfighter, who had been active since the spring of last year as part of one of the Turkish groups, was destroyed. This caused a natural joy among the fighters of the government forces and those who sympathize with them. 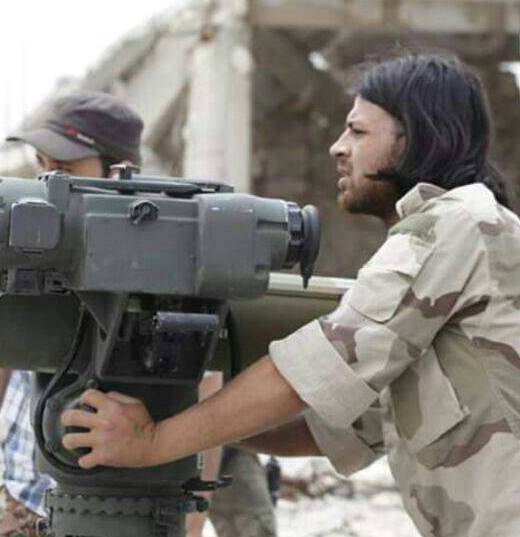 We asked this question to comment on one of the most famous experts on the Syrian conflict, Yuri Lyamin (imp-navigator.livejournal.com):

“Yes, indeed, in Syria, the ATGM operators are considered elite. The fact is that their training costs more than other militants — you need to shoot more than one ATGM. For some terrorists, according to some videos, there are really very well trained operators .

They are trained, now, apparently, in training camps created by sponsors of militants in Turkey and Jordan. Moreover, the main part, apparently, is undergoing training in Turkey, and the calculations of TOW are most active in the north of Syria, closer to the Turkish border. 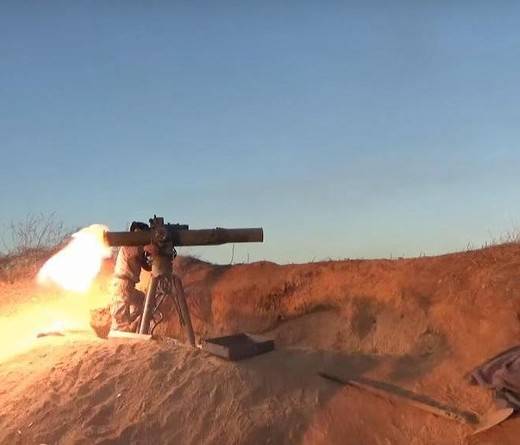 An interesting feature is that TOW supplies to each individual group must be approved by the United States (more precisely, by the CIA). But it remains unclear whether the role of the United States and the rest ends there, that is, Saudi Arabia and Turkey take on direct supplies and training, or does the United States also take part in this. As far as we know, Qatar does not participate in this, and they never had a TOW either. The Qataris seem to be responsible for the supply of HJ-8 ATGMs from Sudan to the militants, these complexes are also used against the armored vehicles of the government troops. "