On the deportation of Andrei Warts and the Russian court 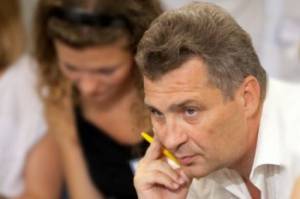 The situation has seriously stirred up the Internet space on both sides of the Russian-Ukrainian border. Indeed, this does not happen every day. And, since the different parties interpret the events differently, for the readers I decided to do something like an express analysis consisting of two parts. The first is dedicated to Andrew Wart as the culprit of the noise, the second - to our domestic justice system.


So, by the decision of the Sverdlovsk District Court of Moscow from 6 in May 2016, the Ukrainian journalist Andrey Borodavka was found guilty of violating the terms of stay in the Russian Federation. The wart was sentenced to a fine of 5 thousand rubles, but, more importantly, to be deported back to Ukraine.

The verdict was appealed, but on June 2 it became known that the sentence was left unchanged. The wart will be deported to Ukraine, where, in addition to his anti-Ukrainian activities in the press, he will certainly be reminded of his participation in the storming of the television station ATN. The television center of the channel, as I was told, owned by Avakov, was crushed very seriously.

On the Internet, there are many opinions about the court decision. And the statements, so to speak, are not the most polite. But let's look at the facts.

Let us turn to the facts and documents. There are enough documents, many bloggers have posted them in their time. I will simply cite them at the end of the article as proof.

The quality is not very, but if you try (and I tried), then you can learn the following from them.

Arrived in a manner not requiring a visa.

21.08.2015 of the year was registered by the OUFMS of the Tver region in the Kalininsky district.

That is, it took the entire 9 months to get the registration required to register its future fate. But this is better than nothing.

Then came the expiration date of his stay in Russia. 1.11.2015. There was still a month to make a final decision on the adoption of a final legal status. That is, in accordance with our legislation, this month a person must decide whether he will be a citizen of Russia, either retain refugee status, or pack his bags and get ready to serve at the place ... at the place. To Ukraine.

However, this month Mr. Wart was busy with some urgent matters. It is difficult to say how important they were, but it follows from the document that the following action Wart performed only 16.12.2015.

Moreover, the action is quite original. He wrote petitions to the head of the Federal Migration Service of Russia and personally to President Putin with a request to be granted any status allowing him to legally reside in Russia, since in Ukraine he is actually threatened with reprisals.

And 4.05.2016, an inspector of an administrative offense, was drawn up by the inspector of GIAZ of the Moscow Directorate of Internal Affairs in the area of ​​Airport. And the Wart was arrested, and the case on the violation of Art. 18.8 Code of Administrative Offenses of the Russian Federation was brought to court.

And now the Wart is waiting for deportation to Ukraine. With all the consequences.

However, I want to ask a few questions in the air.

First: what was Wart thinking about for one and a half years? The fact that the registration in the Tver region and the letter to Putin is enough for living in Moscow as long as it takes? Strange approach, to be honest. The defeat of the television center is, of course, impressive. Avakov good money dropped, I agree. But hope after that on what?

The man lived and lived, I stress, in Moscow. In the most "cheap" city of the country. One and half year. And, apparently, he was very far from the thought that it was necessary to abide by the laws of the country in which he was located. What caused this, I find it difficult to say. Whether own disorder, or simple carelessness. Both causes are clearly punishable.

The second: what did those who rushed to save Wart in May, start urgently collecting money for (I quote from LJ Gyurzy) "the purchase of food, personal care products for transfer to a special receiver, payment of transportation costs, mobile communications and other things." Plus lawyers, plus notarized copies of sites such as "Peacemaker." 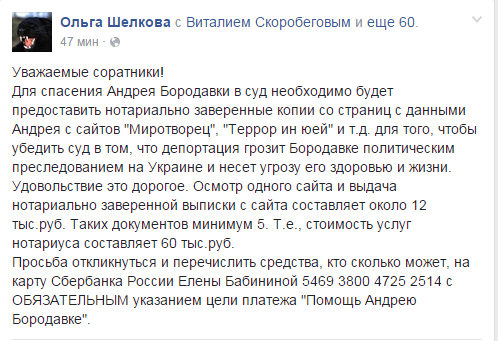 So much effort that moral, that in monetary terms wasted. Wouldn't it have been easier to help Wart resolve issue No. 1?

Strange approach, to be honest. And what bothers me the most is the utterances that began on the Internet on the subject “See how Russia doesn’t give up its own,” and the like.

And here is the question: was there “your” in general? Like it or not, we are seeing a citizen of Ukraine, who generally wanted to spit on all Russian legislation. Malicious violator of the Russian immigration law.

Rejoice? Not worth it.

After talking with a person who is personally familiar with Wart, after reading what enemies write about him, I will not rejoice. But grieve too. Because once an adult and sure that a smart man, in a year and a half he could not accomplish what people who came from Ukraine do in two months, it’s definitely not worth grieving.

This situation in terms of "the law is harsh, but this law" should work. And neither the articles, nor the speeches, nor the work of the bat in the television center should be the basis for its violation.

And here we smoothly proceed to the second part. She will be short.

Part two. About the law

I absolutely agree that the migration law should be the same for everyone: for Depardieu from France, and for Murtazaliyev from Uzbekistan. And for Wart from Ukraine.

Namely, just offer to leave the territory of the Russian Federation. Without the right of return. But leave in accordance with his desires and capabilities. Belarus, Kazakhstan, Armenia, LDNR in the end. The latter, by law, is still the territory of Ukraine, by the way. And there, too, it is quite possible for a journalist to work and fight with the Ukrainian junta. With it, in general, it is possible and necessary to fight everywhere, not only in Moscow. Although Moscow is more prestigious and more comfortable, probably.

Here, I think the judge is wrong. Do not be so literally to treat the interpretation of the law. The fact that the Wart will be gladly accepted in Ukraine and all its sins, both voluntary and involuntary, will be remembered.

And here, unfortunately, our justice does not look the best. Still, people need to be treated in Russian. 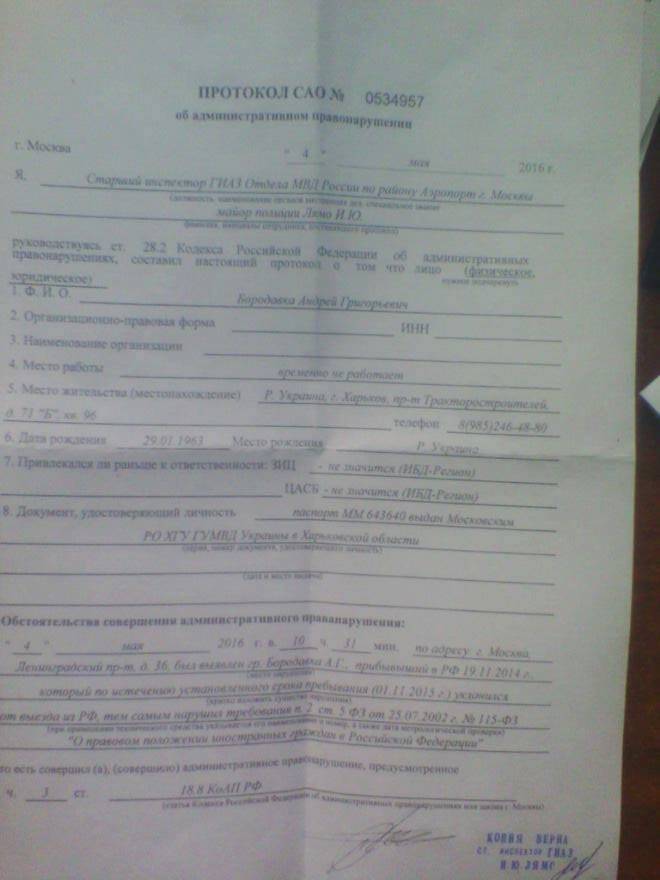 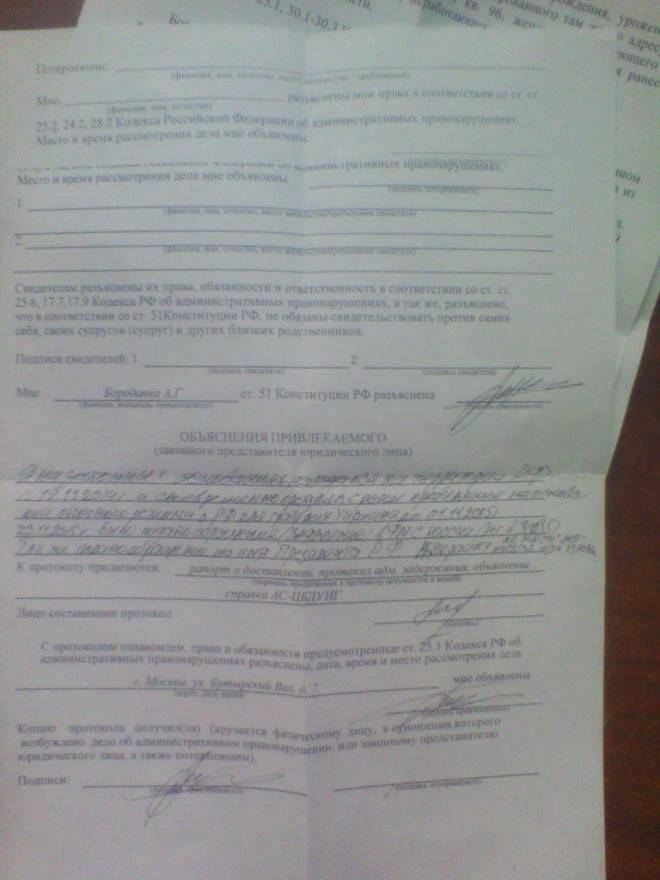 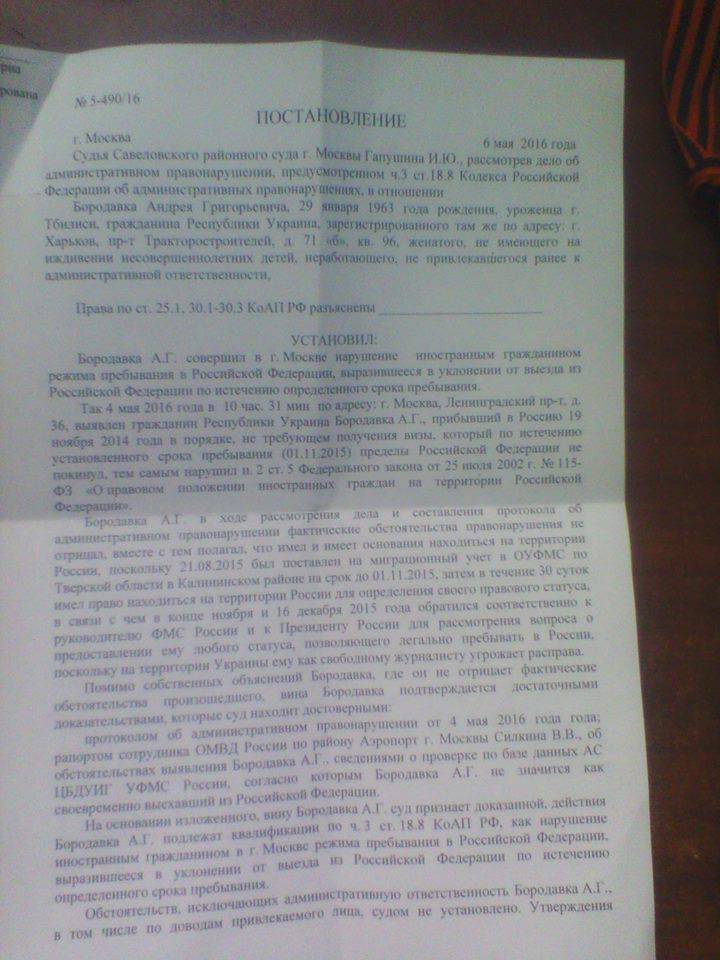 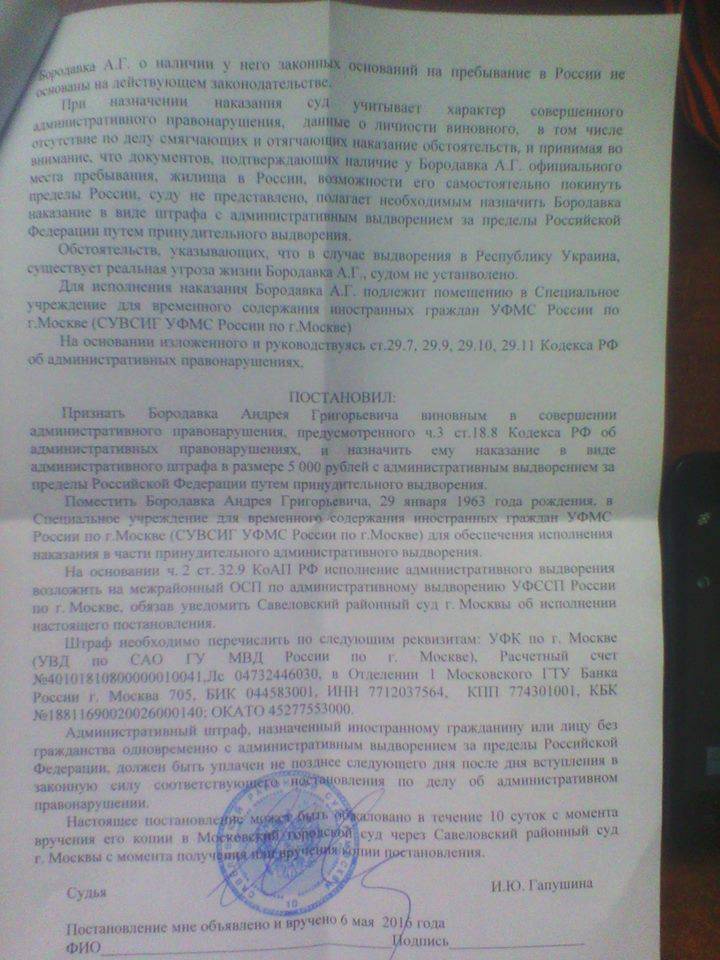 Ctrl Enter
Noticed oshЫbku Highlight text and press. Ctrl + Enter
We are
Situational analysis of the death of the MH17 flight (Malaysian Boeing 777), made on the basis of engineering analysis from 15.08.2014"Rebellious Venezuelan Aviation." In memory of the commandant Hugo Chavez is dedicated
Military Reviewin Yandex News
Military Reviewin Google News
58 comments
Information
Dear reader, to leave comments on the publication, you must sign in.