4 2016 June
8
On December 25, 2015, the Andreevsky flag was hoisted on the lead vessel of project 21300 Igor Belousov: to the Naval Fleet a modern marine lifeguard entered. 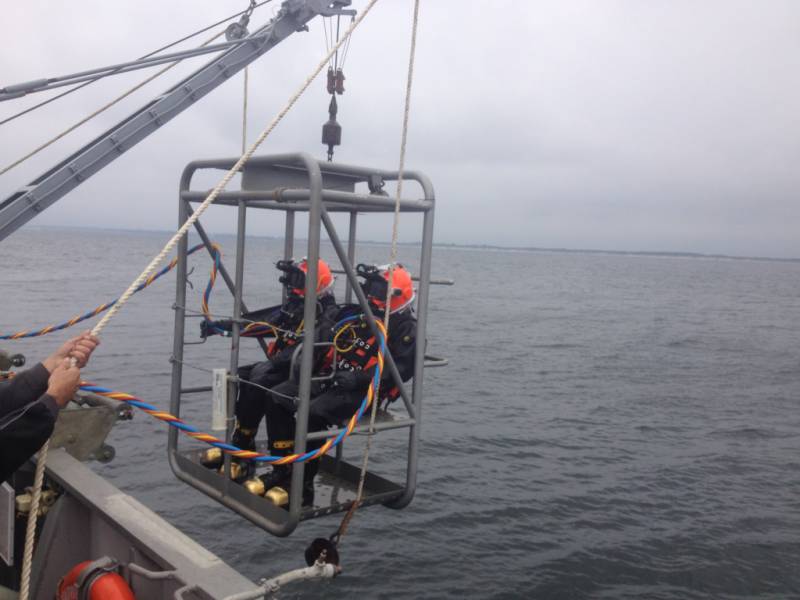 It should be noted that the Russian fleet did not receive new rescue vessels for more than a quarter of a century. The last lifeguard entered service in 1989 year. Incidentally, there were only two rescue vessels equipped with deep-sea complexes and surviving after the dashing 90's: Epron and Alagez, 527 and 537 projects, respectively. Saved by rescuers from death, if I may say so, the tragedy of "Kursk".

It was after “Kursk” that the realization came that the lag in the technical base of the search and rescue service from similar structures in foreign countries became critical. The hundred-meter depth at which the boat was located proved to be insurmountable despite the fact that in the 70-ies it was not even a problem. 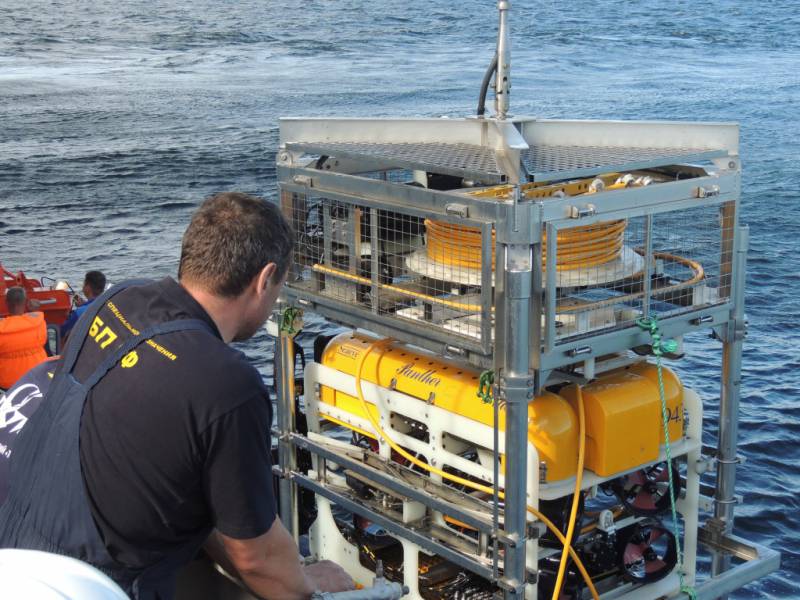 Having mastered the diving descents to 1980 m depth in the laboratory in 500, the naval specialists could not put it into practice for objective reasons - in Russia there were simply no vessels capable of ensuring a person’s descent to a depth of half a kilometer in real sea conditions , and the industry 1970-x - 1990-ies did not create a deep-sea diving complex of the modern level.

In the 2000-x, the modernization of existing ships and work on a qualitatively new modern rescue ship that meets modern realities began.

The modern rescue ship "Igor Belousov", designed for rescue operations, allows you to find and inspect an emergency submarine, assist the crew, evacuate sailors and perform underwater-technical work with the help of divers and uninhabited underwater vehicles to prepare for a ship-raising operation, disposal or preservation sunken submarine.

To perform all these operations, the ship is equipped with a complex of search and rescue equipment, which includes: a towed sonar system to search for objects, including silted ones, located on the bottom, a working uninhabited underwater vehicle for performing a wide range of underwater technical works, and a manned rescue a submarine crew evacuation unit and a deep-sea diving complex (GVK-450) to provide diving descents and treatment of decompression sickness. One of the most important features of the vessel is the presence of a dynamic positioning system, which ensures the efficient operation of all rescue facilities at the facility.

The supplier of search equipment and GVK-450, as it was repeatedly mentioned, was Tetis Pro company. The ship’s main armament, the diving and rescue complex GVK-450, was created jointly by specialists from Tetis Pro and the British Divex, Military The Navy and the Admiralty Shipyards, the Almaz Central Design Bureau, and others became a unique project that has no analogues in Russia.

The complexity of the design and the technical novelty led to a busy schedule of specialists working on the project. According to the plan, the entire 2015 year was tested all systems and components, the preparation and training of personnel.

Specially for working with modern equipment and equipment, divers and support personnel were trained at the International Underwater Training Center in Tasmania (Australia). According to sailors trained, the GVK-450 CC21300 complex is significantly superior to Australian in ergonomics, home characteristics, systems management management.

The tests of the complex meant checking each system separately, and then working together all the elements and using them for their intended purpose.

During the factory and state tests of the vessel, not only the operation of all the systems of the complex at the maximum depth was checked, but also deep-sea dives in the mode of long or saturated dives (DP) and short-term dives (KP) were carried out.

In the process of testing one of the stages of testing the complex - the implementation of deep-water descents by the method of prolonged stay under increased pressure, the divers were in pressure chambers, where the pressure was set to be identical to the external pressure at depth.

After reaching the specified pressure parameters and adapting the divers to the environmental parameters, the working group of three divers passed into the receiving and output pressure chamber, and then, putting on equipment, in a diving bell hermetically attached to the receiving and output pressure chamber, by means of which the triples were delivered to the place of the underwater works .

As part of the test, divers not only carried out deep-sea dives in the DP mode, but also carried out underwater technical works, using the submarine model. The emergency situation with which divers successfully coped was completely reproduced.

The first three divers carried out work using a hydraulic tool: various drills for wood and metal, a drill hammer, a grinding machine, etc. It should be noted that during the underwater engineering work, two divers went to the ground while the diving bell operator monitored the progress of work, ready at any time to come to the aid of colleagues. At the end of the work shift, the first three returned to the pressure chambers, and the next one took its place.

The second trio worked on the layout of the submarine emergency rescue device enclosure (ACS PL): they installed hose nozzles for supplying high-pressure air and ventilation of the PL compartments. In addition, underwater technical work was carried out using oxygen cutting.

At the end of the work, the divers were brought aboard the ship, passed into the living compartments of the pressure chambers and, without going through decompression, rested until the next descent, and another shift took their place in the diving bell. This method of organizing diving operations allows in an emergency situation to provide round-the-clock work at the facility.

All divers are decompressed once - at the end of the work or the allowable time spent under pressure.

During the tests, the complex proved its viability and uniqueness, having worked as a single organism. Recall that the regime of DP or "saturated dives", the main all over the world, has not been used in our country for a quarter of a century.

Over the three years of work on the implementation of the project of the diving-rescue complex GVK-450, the specialists of all the enterprises participating in the project have gained invaluable experience in the development, installation and operation of the most modern technology today.

Of course, it will take several years to learn how to use all the capabilities of the new rescue ship and fully master the complex. For the time being, the established complex for seamen is like an alien spacecraft. Indeed, over the past decades we have managed to significantly fall behind in diving technology. But the main thing is that to master it - the first step has already been taken. Of course, this project will be a powerful impetus in the development of domestic underwater equipment and technology. Despite the fact that creating the first and unique is always difficult, plans and dreams have become a reality - the fleet has a modern lifeguard.

The ship’s entry into service of the Navy marked the beginning of a new stage in the revival of diving descent technology by the method of prolonged stay under increased pressure and the development of deep-sea diving techniques and techniques.