2 2016 June
100
The National Academy of the National Guard of Ukraine published a video of the Bucephal BTR-4 “Bucefal” export test on water produced by the Morozov Kharkiv Design Bureau. 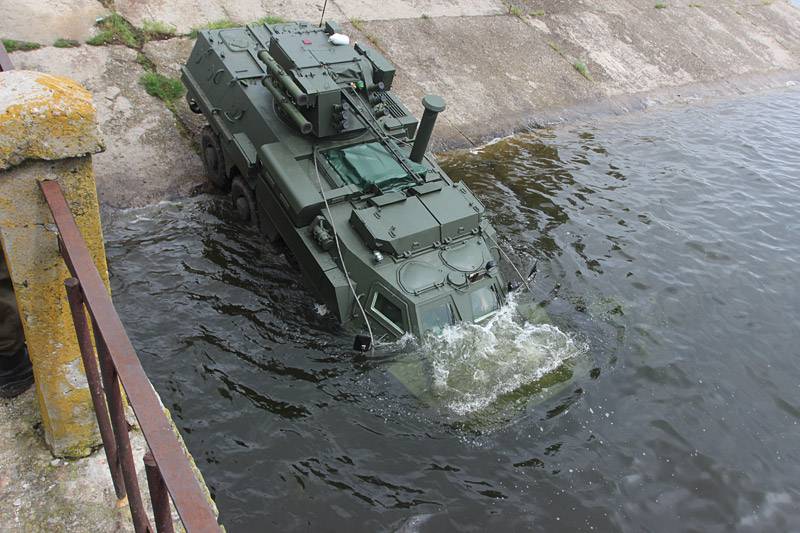 The test was carried out in the Kharkov region on the Saltovsky (Pechenezhsky) reservoir. An armored vehicle in this configuration is proposed for the marines of an unnamed country.

The commentary to the video states that "the armored personnel carrier has several modifications with different power plants and additional equipment, depending on the tasks it will perform."

“The work on the improvement of the armored vehicle continues to this day. Bureau representatives are experimenting, installing new power plants, additional equipment, and various types of weapons. On the basis of the conveyor they create special modifications for non-combat tasks, ”the commentary says.

It is noted that "the BTR-4 was delivered to the National Guard to evacuate the wounded and deliver them to places of treatment that do not have weapons, but are enlarged to accommodate medical equipment."

Recall that the development of the machine began in 2002 g on the initiative of the Kharkiv Design Bureau under the theme of the ROC "Ladya".

Photos used:
press service of the National Guard of Ukraine