2 2016 June
25
Deliveries of combat Mi-35M to Kazakhstan should begin at the end of this year, reports TASS a message from the deputy general director of the Russian Helicopters association, Alexander Shcherbinin. 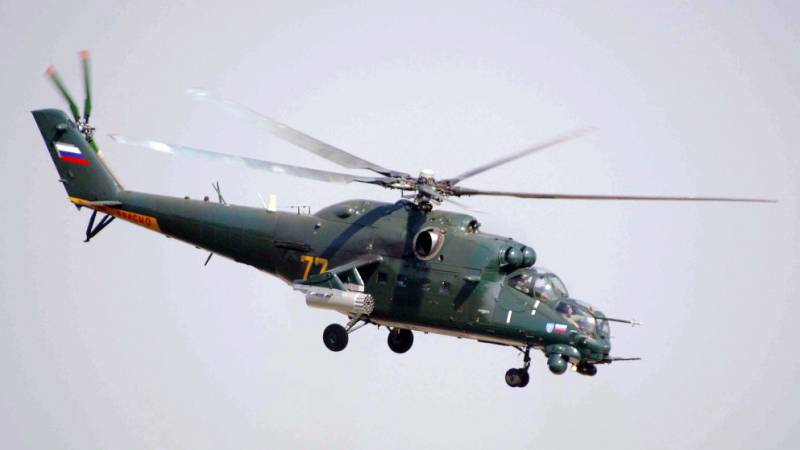 “The first shipments of this helicopter (Mi-35M) on the Rosoboronexport line are scheduled for the end of this year,” said the deputy head of BP.

The agency recalls that "the Mi-35М was developed on the basis of the well-known Mi-24 and is intended for the destruction of enemy armored vehicles, fire support for troops, the landing of troops, as well as the evacuation of the wounded and transportation of goods."

In addition, Kazakhstan intends to sign a number of new agreements with Russia at the KADEX-2016 military exhibition opened in Astana.

“We are planning to sign a large package of documents with our traditional Russian partners. This includes the Russian Helicopters holding, the Almaz-Antey concern, and Rosoboronexport, ”
Yerlan Idrissov told journalists - one of the organizers of the exhibition and the head of Kazakhstan Engineering.

Ctrl Enter
Noticed oshЫbku Highlight text and press. Ctrl + Enter
We are
The action “Military service under the contract is your choice!” In Rostov-on-Don: future contract servicemen, exhibitions and “Russian Knights”Technique "Uralvagonzavod" at the exhibition KADEX-2014
Military Reviewin Yandex News
Military Reviewin Google News
25 comments
Information
Dear reader, to leave comments on the publication, you must sign in.