2 2016 June
33
The first four AH-64E helicopters manufactured by Boeing have been delivered to the Republic of Korea, reports TSAMTO. 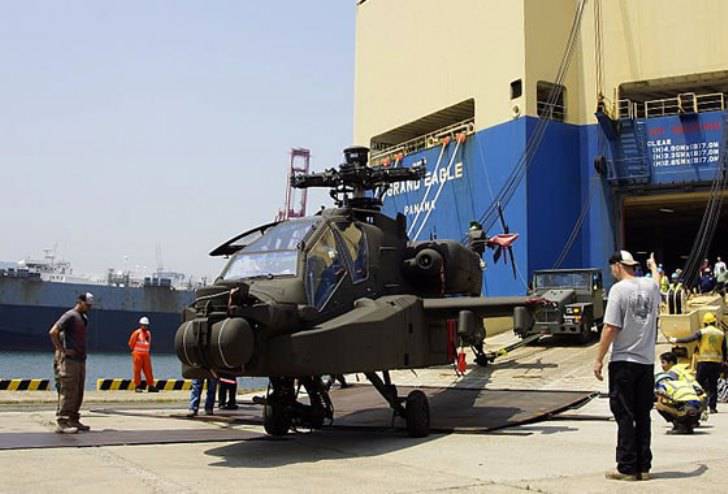 “In April 2013, the Defense Procurement Programs Agency of the Ministry of Defense of the Republic of Korea (DAPA) chose Boeing as the winner of the tender for the supply of XHUMX AH-36E Apache Guardian attack helicopters under the AH-X program,” the publication reminds.

As previously reported, “the aim of the AH-X program is to fill the gap until Korea Aerospace Industries completes the development of a new generation of national attack helicopters KAH (Korea Attack Helicopter) with a foreign partner and the new generation.”

The contract for the supply of AH-64E helicopters must be fully executed by Boeing by the year 2018. Its value is $ 1,6 billion (1,8 trillion won).

According to TSAMTO, "the agreement also provides for the supply of related equipment, maintenance of the equipment supplied and the training of personnel."

Ctrl Enter
Noticed oshЫbku Highlight text and press. Ctrl + Enter
We are
The National Interest: TOW vs. Armata complexThe 20 rating of the largest arms deals, decisions on which were made in 2012
Military Reviewin Yandex News
Military Reviewin Google News
33 comments
Information
Dear reader, to leave comments on the publication, you must sign in.