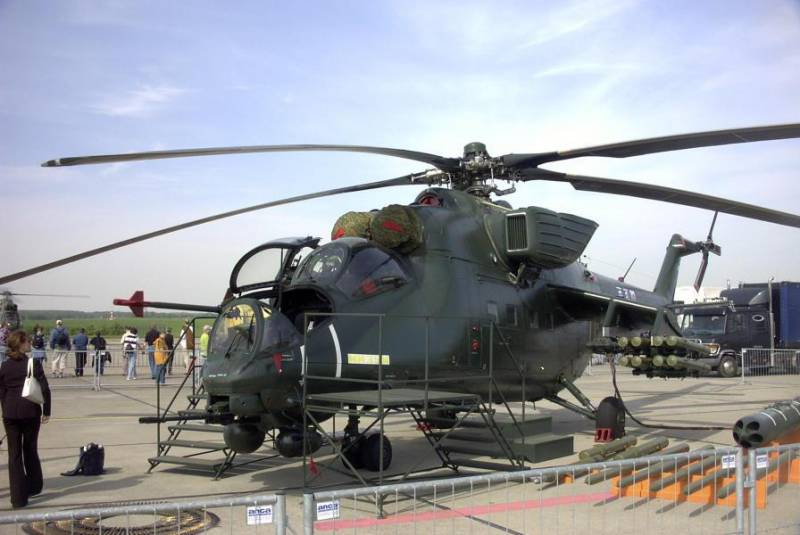 “After last August it became known that Pakistan had acquired four Mi-35M helicopters, several local sources made it clear that Islamabad plans to increase purchases to 12 machines,” the newspaper writes.

According to one of the interlocutors, "some of these Mi-35Ms can be transferred to the Special Purpose Group (SSG) of the Pakistan Army."

TTU notes that negotiations on the purchase of Russian cars "are taking place in a cooling of relations between Pakistan and the United States because of the contract for the supply of F-16 fighter jets."

Bmpd recalls that the US Congress refused to provide financial assistance to Pakistan “to pay for the delivery of an additional eight F-16C / D fighters”, demanding that Islamabad pay for the purchase of $ 700 million by itself.

Ctrl Enter
Noticed oshЫbku Highlight text and press. Ctrl + Enter
We are
The 20 rating of the largest arms deals, decisions on which were made in 2012
Military Reviewin Yandex News
Military Reviewin Google News
22 comments
Information
Dear reader, to leave comments on the publication, you must sign in.