Bavarian news. Where are the sanctions? 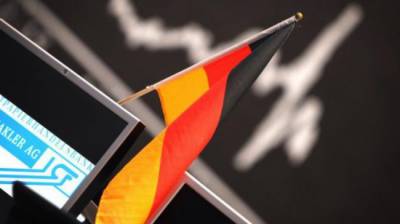 
In May, the leaders of the CDU and the SPD called on the federal government to take the path of ending EU sanctions on Russia. According to Stanislav Tillich, Prime Minister of Saxony, the goal should be set: to end the economic sanctions imposed against Russia. This politician said the publication «Die Welt».

Tillich recalled that Russia is both an important trading partner for Germany and the European Union, which cannot be lost “in the long term.” “I hope that dialogue with Russia will resume,” Tillich said.

The same is interpreted by the Minister of Economy of the State of North Rhine - Westphalia Garrelt Duin. He expressed hope for the lifting of the sanctions or their “gradual easing”.

He added that Germany and Russia need each other, and the “eye for an eye” strategy in foreign policy will not lead to the intended goal.

The other day, German Foreign Minister Frank-Walter Steinmeier also suggested considering lifting the sanctions on Russia: after all, no one in Europe is interested in destroying the Russian economy.

Speaking at the German-Russian Forum, he noted that the sanctions are “not an end in themselves”. The counter sanctions of Russia, too, should not become a means used in order “to put a partner on their knees”. In fact, “no one is interested in the complete destruction of the Russian economy,” since such destruction certainly will not be a “contribution to strengthening European security.”

According to him, “consistent progress” in the implementation of the Minsk agreements would create the basis for a “phased abolition of sanctions instruments.”

Steinmeier also spoke out against the “return to NATO philosophy”, which was still based on “enhancing the ability to conduct hostilities”.

Frankfurter Rundschau notes that, in addition to Mr. Steinmeier, Katharina Barley, the secretary general of the SPD, also spoke in favor of easing the sanctions. She stressed that the Social Democrats are willing to speak in favor of the abolition of restrictive measures.

We also recall that the revival of strong economic ties between Russia and Germany was discussed during the visit of the Prime Minister of Bavaria H. Seehofer. He flew to Moscow in February 2016 of the year. At the meeting with Vladimir Putin, the sides discussed German direct investments in the Russian economy.

Bavaria is one of the most economically powerful lands in Germany, and Seehofer, due to the problem of migrants, has become a real opponent of Chancellor Angela Merkel. Therefore, his February visit seemed to be a little disturbed by official Berlin. Some of the German press even ridiculed H. Seehofer, calling him "naive." In response to the ill-wishers, Seehofer said that relations between Russia and Germany are built not only on profit, but also on the basis of friendship.

By the way, in the Russian Federation there are more than 1,6 thousand enterprises with the participation of capital of companies from thriving Bavaria.

And now the Bavarians have shown what the words of their leader are worth.

According to the source "Tapes.ru", in Munich, an agreement was signed on German investments in Russia for a total amount of 600 million euros.

The name of the source is not disclosed. But the details are available.

1 June, with the support of the Russian Consulate General in Munich, an investment agreement was signed between Kaluga Region Governor A. Artamonov and Kronospan. We are talking about the creation in the region of an enterprise for the production of wood-fiber boards. The project provides for direct investments in the amount of 200 million euros.

In addition, protocols of intent on the creation of similar industries were signed with the governor of the Kaliningrad region N. Tsukanov and the deputy head of the government of Bashkortostan I. Tazhitdinov.

The cumulative investment will be 600 million euros.

According to an anonymous source, “Lenti.ru,” we are actually talking about “finding and finding opportunities for German business to make investments in the Russian economy bypassing sanctions.”

While the political leaders speak, they do it locally. In Bavaria, in fact, "lifted" sanctions against Russia. Obviously, this is only the first step, followed by others.

Minister Steinmeier, who often speaks of the need to soften, and even lift, sanctions from Russia, is already being pushed into the back. However, Steinmeier can be understood: he is not the main one in Germany, and Angela Merkel does not want to lift the sanctions. But not forever she will stand at the helm.

As for Seehofer, it is not for nothing that he is called in Germany “the main critic of Merkel”. However, he also knows how to conduct a well-thought-out policy, avoiding unnecessary sharp movements: his February visit to the Russian Federation was agreed with Chancellor Merkel and with the aforementioned country’s Foreign Minister Steinmeier.

But one must also know that behind the back of Seehofer is a powerful Bavarian business. The “Moscow” actions of Herr Seehofer at this level are fully endorsed. Bertram Brossardt, Head of the Association of Bavarian Economics and says: “The dialogue should not be interrupted. Russia is an important trading partner for us. There cannot be a long period of alienation. ”

And the Munich "anonymous история»Shows that in Bavaria from words got down to business. "The period of alienation" ends.

Observed and commented on Oleg Chuvakin
- especially for topwar.ru
Ctrl Enter
Noticed oshЫbku Highlight text and press. Ctrl + Enter
We are
The cadre maneuvers of the German Social Democrats lead to the preservation of the current political course of BerlinResults of the week. “Achtung! Achtung! Die russischen Panzerkampfwagen marschieren nach Kiew! ”
Military Reviewin Yandex News
Military Reviewin Google News
24 comments
Information
Dear reader, to leave comments on the publication, you must sign in.