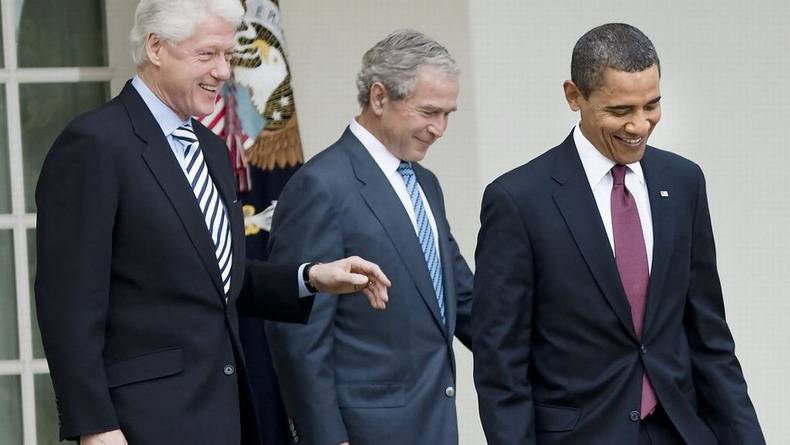 Recently, Deputy US State Department spokesman Mark Toner reminded US companies on the economic and reputational risks associated with doing business with Russia as long as it does not return the Crimea pro-American puppet regime in Kiev.

My point of view is significantly different from the views of the State Department. The only risk that the corporation may face due to their work in Russia comes from the US government. Washington will certainly punish US companies, if they are not part of the corporate oligarchy that has immunity against any sanctions.

If there is a risk and in fact, it is a risk for Russia. For example, if a Russian company doing business with the US partner, this American company somehow receives information about Russia, which is provided by the CIA.

When the Russian central bank sells government bonds, wall street, acting in the interests of the CIA, may acquire bonds and then dump them inappropriately while to harm Russia by reducing their cost. This price cut will then be used as a means of propaganda, according to which Russia is failing and its bonds are worthless.

When the Russian government allows the ruble to trade on the international foreign exchange market, it actually provides an opportunity for Washington to speculate against the Russian currency and seek to reduce its value. This exchange rate depreciation will then be used by propaganda in an attempt to prove that the ruble is a depreciating currency.

When the Russian government to attract foreign investment, Washington is able to withdraw money from Russia at the wrong time and thus destabilize the Russian economy.

The Russian government should forget about all of Washington's sanctions. In essence, these sanctions have had enormous Russian assistance. Prior to their introduction, Washington used the integration of Russia into the global economy as a third world country, supplier of raw materials and importer of high-tech products. It is in this way controlled Russia Washington. As a result of economic sanctions, Russia has become more self-sufficient and focused on production for their own use, and not for the needs of the West.

Instead of worrying about Washington’s sanctions, the Russian government should impose its own sanctions on Russian companies doing business with the United States. Carrying out their activities abroad, American corporations act as agents of the CIA, performing tasks within the framework of Washington’s policy aimed at destabilizing Russia and China.

To see this, you should look at history Latin America. All reformist governments in those Latin American countries where the US business presence took place were, sooner or later, destabilized and overthrown.

Russia's goal should be complete separation from the West, and not integration into Western structures. Such integration means for it to become a vassal state. Russia, China and India together make up the largest potential market on the planet and occupy the largest territory. These three countries should focus on integrating their economies and isolating them from the West.

Modern monetary theory associated with such prominent economists as Maykl Hadson, makes it clear that countries have to finance their own infrastructure and to carry out any productive investment to create money, not debt. Using the public debt simply allows private banks to create money, and that debt servicing accounts paying interest to banks, which depletes the purchasing power of the economy.

If Russia will allow the West to control its economy, it could give Washington control including over its armed forces. Unfortunately for the government and the Russian people, the Central Bank and neoliberal economists are too naive and trusting, to be able to defend Russia from the economic destabilization. As long as Russia does not find much more qualified economic advisers, the future of the country remains vague and uncertain.

Author:
The author, Paul Craig Roberts, is an American economist, political and economic columnist. Cavalier of the Order of the Legion of Honor, Republican, former Assistant for Economic Policy, US Treasury Secretary in the administration of Ronald Reagan.
Originator:
http://www.paulcraigroberts.org/2016/05/25/will-russia-succumb-to-washingtons-economic-attack-paul-craig-roberts/