1 2016 June
53
The Baltic Yantar completed the construction of the 2-frigate of the 11356 project for the Russian Navy, the customer’s representative and the plant management signed the acceptance certificate, reports RIA News. 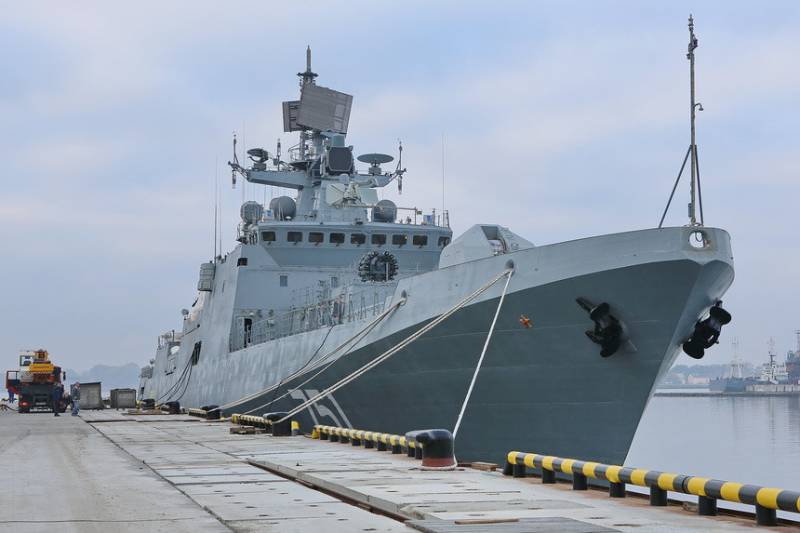 “In fact, this act suggests that we have fulfilled our obligations under the contract for the construction of the ship. Traditionally fleet it is believed that the fact of raising the ship to the Navy is considered the ceremony of raising the Andreevsky flag on board. The acceptance certificate has been signed, but the date of raising the flag will be known in the coming days, ”
said the representative of the "Yantar" Sergei Mikhailov.

“It was expected that the signing of the acceptance act on the guard ship Admiral Essen will take place on May 26, and on May 27 a solemn ceremony of raising the flag of St. Andrew’s aboard was scheduled. However, the transfer of the ship to the customer was postponed due to the need for an additional control exit to the sea, ”explained the company.

Help Agency: “The patrol ships of the 11356 project are intended for combat operations against surface ships and submarines, to repel attacks of air attack weapons, both independently and as part of formations. They have universal missile and artillery weapons and modern radio equipment for anti-submarine and air defense. The ships of this series have a displacement of about 4 thousand tons, the length of 125 meters, the speed of 30 nodes and the crew of 180 people. "