1 2016 June
21
Egyptian security forces in the north of Sinai eliminated 19 facilities of the so-called branch of the IG, destroyed 8 terrorists and wounded about 10, transfers RIA News message resource "Youm7". 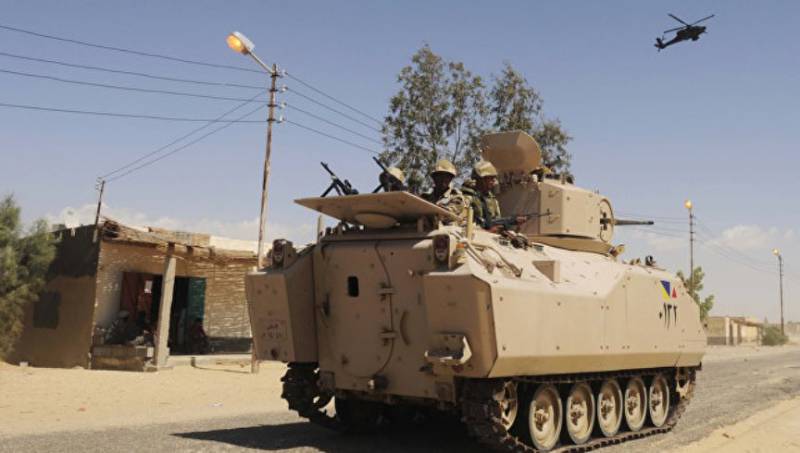 "Were eliminated as the construction of terrorists (shelters, caches weapons), and motor transport in the area of ​​the cities of Sheikh-Zuweid, Rafah, El-Arish, ”a source told.

According to the portal, the day before, “as a result of the detonation of a military armored vehicle on a land mine in the north of Sinai, six Egyptian soldiers were killed, six more were injured.”

Responsibility for the attack, as well as for all past terrorist attacks, has been assumed by an illegal formation calling itself the "branch of the Islamic State".

For about 2, the Egyptian security forces, with varying success, have been conducting a special operation in the north of the Sinai Peninsula to destroy terrorists. However, attacks on law enforcement and military occur almost every day. From the hands of terrorists have already killed hundreds of soldiers of police and military units.

Ctrl Enter
Noticed oshЫbku Highlight text and press. Ctrl + Enter
We are
Egyptian air force destroyed about 20 militants in the north of the Sinai PeninsulaMedia: Egyptian air forces in the north of Sinai destroyed a motorcade of terrorists
Military Reviewin Yandex News
Military Reviewin Google News
21 comment
Information
Dear reader, to leave comments on the publication, you must sign in.