Tests of the "Old Oskol" completed 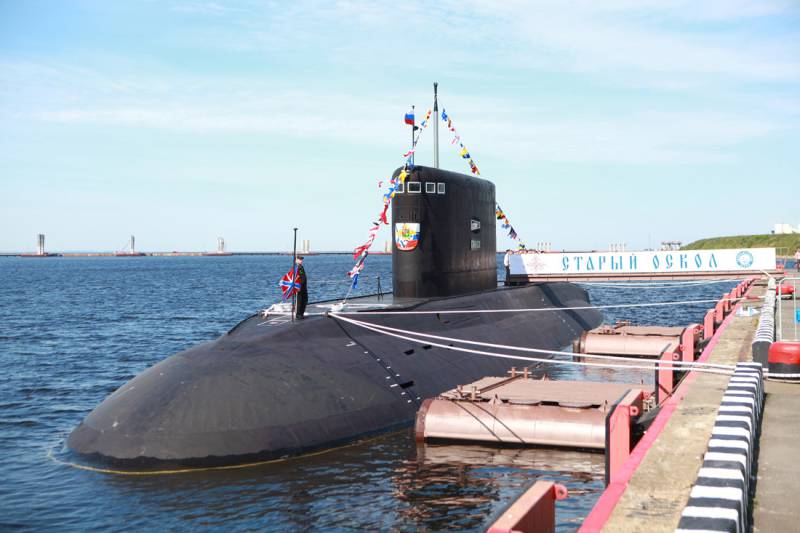 “We have completed state tests of the diesel-electric submarine Stary Oskol intended for the Black Sea Fleet. This is the third submarine of the 636.3 project, which has completed a full crew training cycle and has completed a complex of deep-sea diving, missile and torpedo firing based on the Northern Fleet, ”
said the vice admiral.

According to him, “according to the same program, the crews of the Novorossiysk and Rostov-on-Don submarines were prepared.”

“Currently, the factory trials of the lead frigate of the 22350 project“ Admiral of the Fleet of the Soviet Union Gorshkov ”are in the final stage,” the commander added.

Ctrl Enter
Noticed oshЫbku Highlight text and press. Ctrl + Enter
We are
The action “Military service under the contract is your choice!” In Rostov-on-Don: future contract servicemen, exhibitions and “Russian Knights”"Admiral of the Fleet of the Soviet Union Gorshkov" of the 22350 project - transition from St. Petersburg to Kronstadt
Military Reviewin Yandex News
Military Reviewin Google News
25 comments
Information
Dear reader, to leave comments on the publication, you must sign in.