Who the media scare the Germans 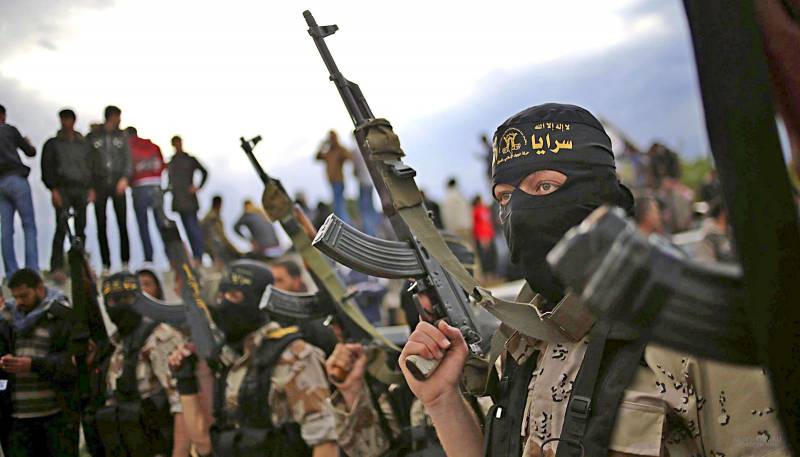 And now? Only "gave birth" to some cool fighter, and in the newspaper - exactly the same. And with the indication of a particular country, specific people, specific cases. And not ordinary people speak about this any more, but respected politicians, leading journalists, ministers and directors of secret services. So what?

So the writers moved the action of their novels to hell. Into deep space. Or under water. In short, where to get is still difficult. Otherwise, all is again wasted.

So I sometimes amuse myself with reading foreign press. First, the texts are smaller (too lazy to read for a long time). And secondly, the dynamics of the action is much higher than in a regular book. This is a “thank you” from the modern world. Excess of events, informational avalanche dictates the brain to put a stopper.

I was amused by the article in the German newspaper Die Welt. A whole group of authors, Manuel Bevarder, Florian Flade and Julia Smirnova, with horror discovered a new danger to the German state. Although the danger is old, just in the new flow.

Putin is to blame for everything! This is an axiom. We used to be a Ukrainian brand. But in fact, the Ukrainians just picked up a pan-European invention. Maybe the search for those guilty in their "jambs" is a universal quality? Not of a single individual, but of all people? I do not know.

Putin is asleep and sees, more precisely, making plans to undermine the economy, military might and morale in Germany! However, taking into account the schedule of work of the Russian president, as well as the number of applicants for the "construction of wiles" in their countries, the German journalists did not specify at what time he does it. But the details are not so important.

The ideal option for such assumptions would be to accuse all Russians of "wiles". But it does not work. There are many immigrants from Russia and the former USSR in Germany. And their ties with the former Motherland have been preserved. Yes, and business ... Also not conducive.

But there is a terrible people! The people, who are so frightened of everyone and everything, that the mere mention of their leader causes increased sweating of Western politicians and the military. I'm talking about Chechens and Kadyrov.

It is worth mentioning the attempt to change the "scarecrow". Remember the terrible "armored" Buryats? Those that smashed the valiant Ukrainian army in the Donbass. How many articles were written then in the Western press. How many nerve cells in the western man have sunk into oblivion untimely. Why, Buryats!

So far, a thinking reader has not requested popular American Wikipedia. And that's it! It turned out that these same Buryats live in distant Siberian regions. Decent, but very small people. Not even half a million. Do not pull on the "threat to all progressive humanity." I had to return to the Chechens.

These are three times more. But most importantly, they are settled in several countries of the Caucasus and after the destruction of gangs in the republic are often found in Europe. Frankly speaking, they are not particularly assimilated into European society. And given that most of the former militants who arrived ... You understand.

So back to Die Welt!

“There is a suspicion that Putin could have opened the“ Chechen gate. ”“ According to official data, in the period from January to the end of May, 82,3% of those arriving from Russia indicated “Chechen” in the “ethnicity” column. Of the 2728 people seeking asylum, 2244 were Chechens. "

Understand Putin's cunning plan? For the slow-witted explain. Russia "sends" aggressive Chechens to Europe to destabilize the internal political life of the EU! Remember, like Vysotsky: "There are few really violent ones, so there are no leaders ..." Here Putin and Kadyrov thought up to cunningly launch into the EU, and especially to Germany, the very "leaders"!

A huge number of refugees are not so scary. They are peaceful. Sit in the camps and silent. And never participated in battles. But the "brutalized and prepared in the FSB camps" the Chechens will arrive - and it will begin. This will start that ...

It seems logical and scary it turns out. It remains to mention the reasons for the flight of the majority from the terrible republic.

“Along with the deplorable economic situation, the policies of the Moscow’s henchman, who heads up Chechnya, are affecting the plight of this North Caucasian republic. Ramzan Kadyrov is fighting a bitter fight against the opposition. Those who criticize the ruler of Chechnya are beaten and publicly humiliated; .

Do you think that shepherds and simple artisans are fleeing (and who else can be in such a republic)? Not!

So, there is practically no creative and scientific intelligentsia left in Chechnya. Run! Ramzan Kadyrov is doing right. Simple man, what is he thinking about? About family, about own house, about children, about parents. Primitive. It will also protect all this with weapons in hand. But "associate professors with candidates" think about the future. About freedom, about human rights, about liberal values ​​... Why the hell did they have home and children?

Theoretically, this could be finished. Played "terrible Chechens Kadyrov." Frightened man in the street. Predicted the increasing struggle of migrants for their rights. Doused with mud Russia. Mission accomplished!

But there is one more nuance! European values! This tolerance, whether it is not fine. Constantly prevents the creation of beautiful pictures. Either European women will be raped, they will be robbed, some other crimes will be committed. There must be a reason. Values ​​are universal! At least in the territory of the EU and the USA. In other territories it is not very interesting ...

“German special services are concerned about this tendency. On the one hand, there is a suspicion that“ Russia has once again opened the “Chechen gate” to demonstrate its power. (...) German intelligence agencies have been registering Moscow’s attempts for some time to use any opportunities to destabilize the situation in Germany. "

Russia with its millennial history perfectly learned to live with different nations in one family. Assimilate peoples, to turn them into their own likeness, not in the customs of the Russians. Every nation is one and only. But there are reasons when it is just necessary to exorcise part of the "uniqueness". Just for the rest to be comfortable living. This refers to the radicals of any suit. In any nation. In any religion.

And that is what German journalists reproach Kadyrov for.

"Not only radical Muslims are persecuted, but also moderate Salafis. In addition, more and more young people in the North Caucasus sympathize with the ideas of Salafism." “They are starting to think that devout Muslims in Europe lead an easier life than in Chechnya,” said Irina Kosterina, coordinator of the Heinrich Böll Foundation in Russia.

Like this! Muslim extremist radicals are dangerous only for civilized countries. "Wild" Russia has no right to "oppress" them.

“On the other hand, people from Chechnya used to have the reputation of“ aggressive ”and“ violent ”inhabitants of refugee camps. In addition, some Chechens are suspected of having links with radical Salafis.”

These guys are funny German journalists. In one article, both the cataclysms predicted, and Russia was accused, and Kadyrov's rating was raised, and the Chechens were accused of everything in advance.

Putin, Lavrov, the same Kadyrov and other leaders of the Caucasian republics have repeatedly said that there are militants from these places in the ranks of ISIL. Different nationalities. Honestly, for a European there is no difference between an Ossetian and a Chechen. Moreover, the EU, including Germany, received direct warnings that all these militants perfectly understand the impossibility of returning home.

The Russian special services track such mercenaries and catch on our territory quite successfully. And where to run the bandits defeated in Syria? IN USA? To Africa? To Australia?

The Americans blocked the path of entry into the country for such warriors for a long time. Shut off seriously enough. Australia is far away. There to find a job for a gangster is problematic. Country Continent. No one is fighting for "liberation."

Europe remains. Well, Ukraine. These are the ways in which "refugees" arrive from Chechnya. More precisely, the main way is still Ukraine. That is why most of the "refugees" for some reason end up in Poland. The “road” to the EU for militants from ISIS of Russian origin is now open. Syria - Turkey - Ukraine - Poland. Next is refugee status and legalization under the new name in Europe.

Unlike German journalists, the German intelligence services “figured out” this path a long time ago. And they did not invent reasons for the increase in the number of migrants.

"At the same time, the number of approved applications from citizens of the Russian Federation is not high. As noted by the Federal Office for Migration and Refugees (BAMF) at the request of Die Welt correspondents, the total quota for Russian citizens from January of this year was only 5,8%. According to the secretary of the internal committee In the case of Ole Schröder in Germany, in the case of immigrants from the Russian Federation, the Dublin Agreements must be strictly observed, according to which applicants for refugee status must do so in the country through which they enter the EU. you "who arrived from Chechnya, tend to fall in the EU through the Polish territory."

Such a “revenge” from Putin to free Europe was revealed by German journalists from Die Welt. "Avenging" treacherous and despicable. And what else can you expect from who is to blame for everything? What "revenge" can be expected from a country that does not want to be, "like everyone else," in the servants of the overseas gentleman?