1 2016 June
76
The foreign press has become aware of the continuation of tests of one of the newest Russian weapon systems. According to data obtained from sources in intelligence structures, a few days ago, Russian specialists carried out the second successful launch of a promising interceptor missile complex "Nudol". In the foreseeable future, this system should go on combat duty and replace the existing types of complexes.


Information about the new tests of the Russian anti-missile system was published by the American edition of The Washington Free Beacon 27 in May. Data about this was published in the article by Bill Gertz "Russia flight tests Anti-satellite missile" ("Russia conducted flight tests of anti-satellite missiles"). The author of the American edition gathered the available information and tried to make some assumptions about the prospects of the new Russian development.

Referring to unnamed US military officials, B. Gertz claims that on Wednesday 27 in May, Russia conducted another successful test launch of a promising anti-satellite missile. This system, according to the American author, has the ability to hit targets in earth orbit. The anti-satellite missile, known as the Nudol, was launched from the Plesetsk cosmodrome. Tests were tracked by US intelligence satellites. According to intelligence, the tests ended in success. 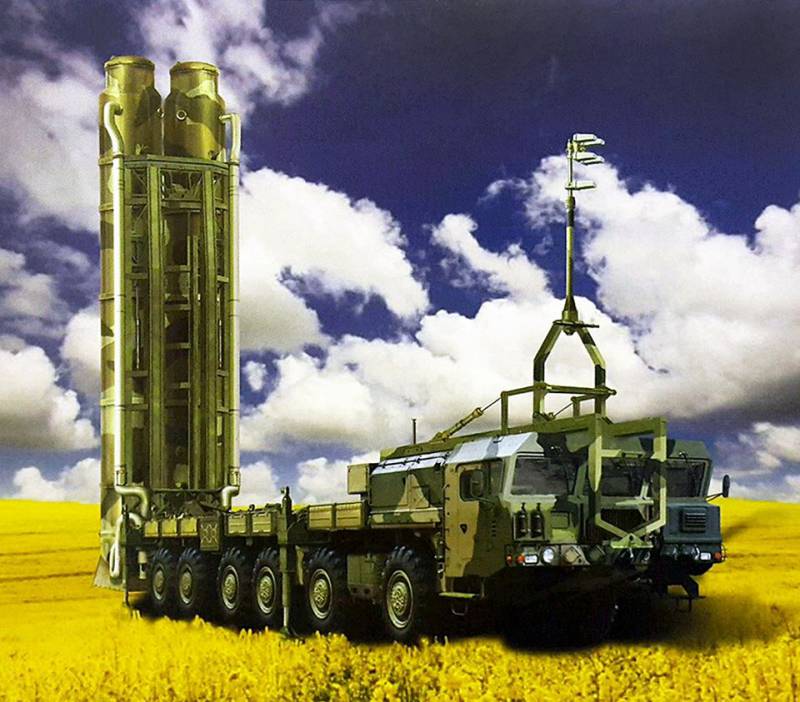 It is noted that the successful test launch of the Russian satellite interceptor is the most important event in the development of modern weapons. The recent launch shows how far Russia has advanced in creating intercept systems capable of destroying US spacecraft used in various fields, from intelligence to navigation. The emergence of such systems can seriously hit the key strategic advantage of the United States associated with the operation of numerous groups of spacecraft.

Unfortunately, there is no detailed information about the recent launch and its tasks. For example, it is not known what the purpose of the test was: a test attack of the spacecraft was carried out or a rocket went along a predetermined trajectory without hitting any target.

It is known that a few days ago a second successful launch of an interceptor missile took place. The first successful tests were 18 November last year. Thus, the development of anti-satellite systems continues. In addition, modernization of all classes and types of strategic weapons is under way, and the development of promising complexes, including anti-satellite, has begun. weapons.

B. Hertz tried to get a comment from the official representatives of the US military, but they refused to talk about the latest intelligence data.

The current Russian projects are forcing the US command to seriously worry. The fears associated with the latest Russian developments lead to the regular appearance of statements that directly speak of possible threats. Several similar speeches by military leaders are quoted by B. Hertz.

Not so long ago, in March of this year, the head of the Joint Functional Component on Space Affairs (a division of US Strategic Command) Lieutenant General David J. Buck spoke about the potential of new Russian developments. According to him, at present, the Russian industry is engaged in projects that can be referred to as "counter-space capabilities" ("anti-space capabilities").

General Buck claims that Russia considers the dependence of the United States on the existing group of spacecraft as a serious vulnerability that can be used for its own purposes. For this reason, the Russian command intends to develop the potential of the armed forces in the destruction of spacecraft for one purpose or another.

The head of the space command, General John Heiten, also expressed concern about new overseas projects. He noted that the promising developments of Russia and China in the field of anti-space weapons affect the interests of the United States and may adversely affect the potential of the American armed forces.

The author of the publication The Washington Free Beacon recalls stories project, which is currently under test. Not a lot is known about the Nudol system due to the general secrecy regime. It is known that the new complex is directly related to the Moscow anti-missile defense system. In the Russian press, Nudol is called the new long-range interceptor missile to protect against various threats. Other details, unfortunately, are not yet available.

The former US military officer, and now analyst Mark Schneider, quoted by B. Hertz, recalls that Pentagon leaders have been talking for several years about the threats posed by new foreign-developed anti-satellite systems. Such systems are considered as a serious security threat. M. Schneider is also concerned that the United States does not have its own means of intercepting spacecraft, which can be used as a symmetrical response.

The main cause of concern is the widespread use of satellite navigation. The US military has become accustomed to relying on the GPS system, which is why the loss of its satellites can seriously hit the combat capability of the troops. With the loss of full navigation, the army will not be able to use precision weapons and other systems.

Also, an American journalist cites the words of military analyst Pavel Podvig, who works in Geneva. According to this specialist, at the moment it is extremely difficult to assess how the “Nudol” project fits into the Russian military doctrine. He believes that the development of a new project may not be part of a well-planned program. For this reason, P. Podvoy does not intend to be surprised if the Nudol project is created only because it could be developed, and the role of the system in the troops will be determined only after all the work is completed. Also, the expert expresses doubts about the real prospects of the new complex. He does not understand how in the conditions of a real conflict the possibility of attacking targets in near-earth orbits can be used.

In February 2015, the US military intelligence report on the development of the Russian armed forces and the associated risks for the United States was read out in the US Congress. Intelligence warned that the new defense doctrine of Russia pays special attention to space defense, which is now regarded as a vital component of national security. In addition, the Russian leadership is already openly talking about research and development in the field of anti-satellite weapons.

Also, similar projects involved the Chinese military industry. Back in 2007, China managed to hit a meteorological satellite in orbit, which, among other things, led to the emergence of a mass of debris that could threaten other space technology.

According to the Planet4589.org blog, so far four test launches of the Nudol rocket have been carried out. The first launch, which ended in failure, took place on 12 August 2014 of the year. 22 April 15-th new tests were conducted, just as unsuccessful. 18 in November 2015 and 27 in May 2016-th specialists in the Russian industry managed to perform two successful test launches of the new product. The blog also lists the proposed factory designation of the new system - 14Ц033.

It is interesting that the latest launch of the Nudol rocket took place on the eve of the start of the most important training event held by the Pentagon. At the base of the USAF Maxwell, the Schriever Wargame 2016 staff exercises took place, during which the military leaders worked out the actions of the troops in a hypothetical conflict. This year, the legend of the teachings implied the beginning in 2026 of the year the clash of American troops and their NATO allies with an "equal opponent", which this time turned out to be Russia.

It is reported that the legend of the exercises provided for the use of various prospective weapons by a conditional opponent, including anti-satellite systems and other space complexes. In addition, training participants had to face conditional cyber attacks on the GPS system and other threats that may be characteristic of future conflicts.

According to the Space Command of the Air Force, the organizer of the exercise, specialists from seven unnamed friendly states were involved in the events. Details and results of the exercises have not yet been announced. At the same time, it is noted that the purpose of the event was not the confrontation of Russia, but the working out of a global scenario oriented towards European commands. In total, 2016 200 soldiers from various structures of several states took part in the Schriever Wargame 27. The place of conditional collisions became the zone of responsibility of the European command of NATO.

In recent years, staff exercise scenarios are compiled taking into account new threats. Thus, in recent similar events, such as the recent Schriever Wargame 2016, the conventional enemy has various modern weapons, including systems for intercepting spacecraft.

Foreign press publications on the Nudol complex are of particular interest. For example, foreign authors in most cases view new Russian weapons as a system for destroying the spacecraft of a conditional enemy. However, data from domestic sources provide other information that, at best, only partially corresponds to data from the foreign press.

According to available data, the Nudol complex is an element of the program for the further development of domestic systems for strategic missile defense. Index 14Ц033, in turn, is used to denote a firing system, carrying rockets and a number of auxiliary equipment. The range of the new missile defense system is estimated, at least, in 200-300 km. Exact characteristics, for obvious reasons, have not yet been announced. Also, the domestic industry is in no hurry to talk about current successes, which is why all the data on test launches of new missiles come from foreign sources.

The ability to use the Nudol system not only to protect against ballistic missiles, but also to destroy spacecraft has not yet received official confirmation or refutation. Nevertheless, according to various estimates, the 14Ц033 complex can really have such an opportunity, expanding its combat potential.

Like many other domestic developments in the field of antimissile defense, the Nudol system is classified and there are very few public data on it. As a result, experts and amateurs show an increased interest in any published information about this complex. Foreign and domestic media, in turn, are trying to obtain new information about promising development and publish it, including with expert comments. Therefore, probably, the article “Russia flight tests Anti-satellite missile” was not the last of its kind, and the press, including The Washington Free Beacon, will repeatedly raise the subject of the Nudol missile defense system.