Media: Odessans ask Kiev to increase the powers for the region

31 May 2016
26
Deputies of the Odessa Regional Council followed Kirovograd and Zhytomyr decided to apply to Kiev with a request to share the powers of the center and local authorities, the Ukrainian newspaper reports Today. 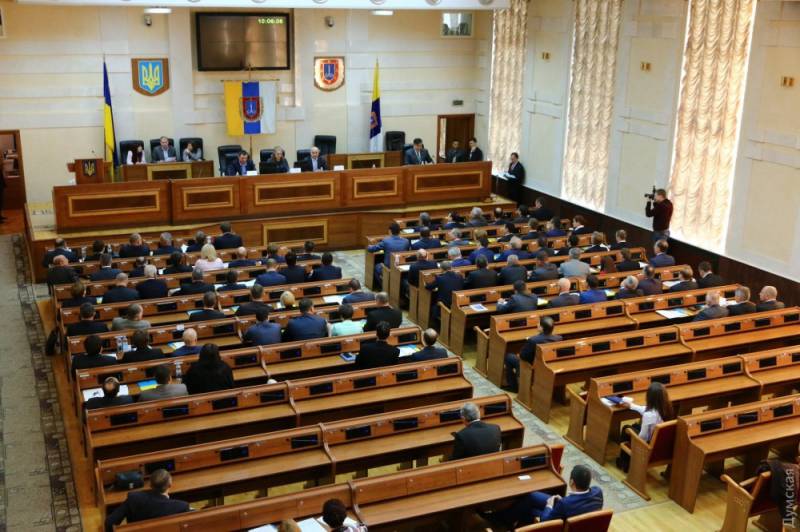 “At the session of the Odessa Regional Council, the deputies by a majority vote approved an appeal to the President of Ukraine and the Prime Minister to support the conclusion of a special agreement on the division of powers between the Cabinet of Ministers of Ukraine and the regional authorities,” the newspaper writes.

Introducing the draft decision, Deputy Chairman of the Council Radkovsky said: “The agreement will allow you to take a more active part in the formation of the budget, to control the plan for administrative-territorial reform. Such an appeal is very useful for the Odessa territorial community. "

In the adopted statement says:
“The most effective model of interaction between the Government and the regions is the conclusion of contracts between the Cabinet of Ministers and regional state administrations and regional councils. Such a model will provide a clear separation of powers and will form a new, dynamic and effective regional policy, as well as allow us to solve global issues specific to all areas and the specific problems of each individual area. ”

The newspaper recalls that earlier "the decision to conclude treaties on the division of powers with the central government was taken by the Zhytomyr and Kirovograd regional councils".

All appeals were sent to the President of Ukraine and the Prime Minister.

Ctrl Enter
Noticed oshЫbku Highlight text and press. Ctrl + Enter
We are
Konstantin Knyrik: Kiev destroyed most of the unique archive, which was located by law enforcement officers who were investigating the circumstances of the Odessa tragedy
Military Reviewin Yandex News
Military Reviewin Google News
26 comments
Information
Dear reader, to leave comments on the publication, you must sign in.