Algeria is moving closer to Russia

1 2016 June
34
It is believed that the omnipresent Washington can destroy the Algerian statehood. He will do it in the old proven way: instigating riots and "color revolutions." In Algeria, this fear. The government of the country enhances security, improves military capabilities and actively contacts with Russia, hoping to strengthen ties with it, since it is part of a bloc standing on the other side of NATO. 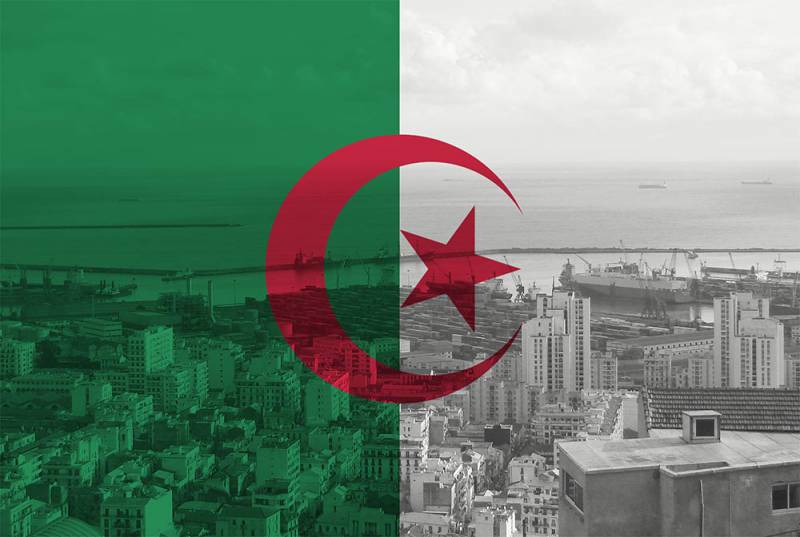 This was told by the well-known publicist, author of seven books and Brandon Turbeville, the host of his own website. His new article is published on the portal. "Activist Post".

The Syrian crisis was delayed. There is no hope for a speedy return to normalcy in Libya. It's time to think and Algeria. Will he not be "in the crosshairs of the Anglo-American sight"?

According to the analyst, there is evidence that Algeria also has a sad fate.

Having survived an attempt to destabilize the situation during the “Arab spring” supported by the West, Algeria is doing everything possible to increase the level of security of the state.

With the help of a steel fist, the authorities of the country have previously stopped all attempts to destroy the functioning of the state with the help of color revolutions and chains of destabilization inspired from outside. However, even now, when the protests of the “Arab Spring” have subsided, the Algerian government is not resting. Algeria has strengthened national security measures, improved its military capabilities, and cooperates with its neighbors so that they do not fall under the sights of the creators of color revolutions.

In addition, Algeria decided to strengthen its ties with Russia and those countries that are part of the unofficial but growing anti-NATO bloc. In other words, Algeria is approaching entry into a group of countries that are counting on a multipolar world and are trying to act as a counterbalance to NATO, a publicist points out.

The two most famous examples of the expansion of cooperation between Algeria and anti-NATO are the recent acquisition by this country of four dozen military helicopters from Russia and the recent diplomatic visit to Syria of representatives of the Algerian government.

The Russian helicopter, known as the Night Hunter, is said to be one of the best in the world, and it is able to perform its tasks both day and night, even in adverse weather conditions.

The helicopter is delivered to the Algerians in the modification Mi-28HE. It provides redundant control: the pilot and the operator.

The supply of Russian helicopters to Algeria is nothing new, the author recalls. In 2005-2006 Russia provided Algeria with twenty-eight Su-30MKA fighters, sixteen Yak-130s and 185s tanks T-90S. In 2015, a contract was signed for the supply of 14 Su-30MKA fighters in 2016-2017. The transfer of Mi-28 helicopters is the result of a bilateral agreement between Russia and Algeria.

Therefore, in themselves, the new supply does not deserve close attention of the press. On the other hand, the context of these supplies is very important. Here the author sees the reason for the discussion.

Algeria is concerned about the increase in the activities of the militants "IG" in the region, in particular, in Libya and Tunisia. The attention of the Algerian authorities and focused on law enforcement at the borders with these two countries, as well as with the Niger and Mali - for the same reason. The Algerian government quickly responded to terrorist threats in the past, and now it is worried that Islamist militant attacks may lead to the latter’s crossing the border (including because some Western powers will in the future support “measures” aimed on the collapse of the state structures of Algeria).

The movement of the IG forces in the region is important for the militants themselves: bearded men are trying to survive in this way and continue what they call "struggle." Relocating them to Libya, the journalist points out, citing an expert, needs Washington and its allies to implement the remaining Arab Spring projects, including destabilization and destruction of Algeria, Tunisia, and perhaps even a new attempt to destabilize and destroy Egypt.

The presence of "IG" in Libya, the White House can also be used as a pretext for a broad military intervention in Africa. This can openly enter the forces of the United States and its European allies.

That is why Algeria is preparing for a possible confrontation associated with the Western scenarios, according to which the outflow of IS militants from Syria to Libya is expected, and then on.

Algeria’s growing thirst for the “Russian bloc” is, according to the analyst, another sign that Washington is losing influence all over the world. The position taken by the United States and NATO is becoming increasingly untenable.

May 30, we add to this, in the central Russian press there were reports about the delivery to Algeria of the first pair of Russian attack helicopters Mi-28НЭ (from 42 purchased). Writes about it "Lenta.ru"reported the Algerian edition of "SecretDifa3".

The helicopters were delivered on May 26 to the base of the Air Force of the African Republic by military transport aircraft An-124.

Algeria was the second foreign customer of these helicopters. Lenta reminds that in 2012, fifteen Mi-28HE cars were bought by Iraq.

Observed and commented on Oleg Chuvakin
- especially for topwar.ru
Ctrl Enter
Noticed oshЫbku Highlight text and press. Ctrl + Enter
We are
The personnel resource of the “color revolutions”: on whom does the USA rely in provoking chaos?Algeria is answering calls
Military Reviewin Yandex News
Military Reviewin Google News
34 comments
Information
Dear reader, to leave comments on the publication, you must sign in.