Project "ZZ". Who did not, he was late

31 May 2016
77
The largest failure of B.H. Obama's Time magazine called policy toward Russia. By his sanctions, the President of the United States achieved the opposite of what he had planned: the Russians fell in love with Putin even more, and in the West they saw an insidious enemy. Apparently, foreigners also fell in love with Putin: every day, a new report about the capture of a Kremlin spy with a wad of money — either Portuguese or Polish. All the secrets of NATO have already been sold. There is nothing left for Mr. Stoltenberg how to announce an increase in defense spending. Even peaceful Swedes were aroused: now they are ready to “get into the game.” 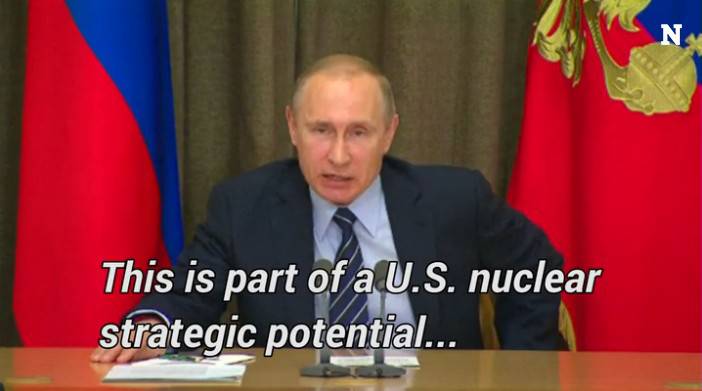 Ian Bremmer in the magazine "Half" smashed the political "balance" of Barack Obama: he highlighted his main presidential successes and failures. In some countries, for example, in Vietnam and Cuba, Obama succeeded, but in others, for example, in Russia (at the same time in Ukraine), Mr. President has ruined foreign policy.

The expert is convinced that Russia and Ukraine turned out to be the biggest failure of Obama’s foreign policy today.

The confrontational approach of the United States led to the opposite result: Putin did not lose popularity, but, on the contrary, he acquired it even more. In addition, he was able to "demonize the West."

Putin's rating is very high, and this is noted by Western researchers. For example, the Pew Center, which conducted a global survey last summer, cited the following data: 88% of Russians trust Putin and believe that he is doing the “right things” in world politics. And more than 80 percent of Russians approved the behavior of Putin in a dialogue with the United States, Ukraine and the European Union.

Of course, the decline in oil prices and sanctions hit the Russian economy: in 2015, Russia's GDP fell by 3,7%, and the unemployment rate rose to 7,4%. But Putin's rating is still at the top - more than 80 percent. He used high oil prices in the last decade to accumulate foreign exchange reserves. He created an airbag of almost 600 billion dollars. Russia has spent part of these savings, but it still has more than $ 375 billion in funds on a rainy day.

The Journal Newsweek (European edition) intelligibly explained to the Western public, why Russians are so fond of Putin.

Yes, Russia is usually described as a state in which kleptocracy reigns, in which criminals rule the ball, and continuous propaganda is pouring from television screens (the Kremlin “surprisingly” openly announces the last fact). Dissenters are jailed here. But along with all this, it is indicated in the material of the publication, Russia is rich, the poor have become "much less than they were just a couple of decades ago." And even the scandal with the Panamanian documents did not impress the Russians. By the way, they generally believe that all this is Western intrigues.

Historically, Russia has long been a great power that dominated Eastern Europe and Central Asia, able to compete with states like the British Empire and at the height of its power to participate in the “big game” on the globe. Its power only strengthened under the Soviet regime, the magazine reminds. The USSR opposed both the USA and NATO. True, the Soviet Union burst out and “crumbled under its own economic weight,” but this is “a completely different question,” the article notes.

The fact is, the author points out that the Russian people are used to being “a strong and respected nation.” After the collapse of the USSR, Russia was in fact cut off from its “colonies”, including Ukraine. But the enemies of Russia, especially NATO, began to grow rapidly. Russia no longer had "values ​​on the world stage", and NATO, on the contrary, was building up its muscles.

Putin, the author believes, has begun “to restore the prestige of Russia, the revival of its pride and power.” He showed the whole world that no one will помsleep around Russia ’. Russia is a participant in global politics and is positioning itself accordingly. Here are examples of her actions: Georgia, Ukraine, Syria. Russia is playing the big game again.

And the Russians love Putin for it, according to the material.

"He put them food on the tables, put money in their pockets and instilled pride in their hearts."

In response, they turned a blind eye to the “disappearance” of certain dissident and opposition politicians, to the beating of other protesters and their imprisonment. "The cart is full of apples - who wants to turn it over?"

Apparently, Putin was fallen in love not only by Russians, but also by foreigners: every day, then a new message about the capture of a Kremlin spy with a bundle of money — either in Portugal or in Poland.

Newspaper «The Times» writes: "Frederico Carvalhão Gil was arrested for allegedly selling NATO secrets to agents in Russia". Here and without translation everything is clear. Comrade Frederico Gilles sold the secrets of NATO to the Russians and was arrested.

He sold in envelopes, nice, neat. The envelope was put on the table, on the other side of which sat the “Russian curator”. Selling secrets confirmed: Russian President Putin is interested in "Western secrets."

Putin chose Rome as the center of “espionage”: the deals were held there.

Mr. Gilles tried to haggle the secrets of NATO military bases, defense systems and communications. He came into contact with an officer of the Foreign Intelligence Service of Russia. Eight Western intelligence agencies managed to arrest not only Gilles, but also this officer. The identity of the latter is for some reason not revealed.

At the time of the transfer of documents through the table, the police detained the seller and buyer.

Each of the documents was estimated at ten thousand euros.

Gilles headed the division of one intelligence service of Portugal and therefore had access to the secrets of NATO.

Another "Putin spy" caught in Poland.

Lieutenant Colonel of the Polish army was sentenced to prison for spying for Russia, said "Lenta.ru".

“A military court in Warsaw sentenced an officer of the Polish army, Lieutenant Colonel Zbigniew Yu., To six years in prison for spying for Russia,” the publication quoted the representative of the court.

The verdict was made on April 26, but it was not reported due to an agreement with the defendant. The latter made a deal with the investigation and admitted his guilt. Case materials were classified. There is information that the convict allegedly handed over to the investigators the names of Polish servicemen who could be recruited.

Zbigniew Yu. Will be deprived of civil rights to 5 years. 17 thousand zlotys (approx. 4,3 thousand dollars) and a telephone were seized from him. All this he is supposed to have received as a reward for illegal activities.

It became known earlier that another person, the leader of the pro-Russian Polish party Smena, Mateusz Piskorski, was sent under arrest. He is suspected of spying for a foreign state.

Looks like all the secrets of NATO are sold. There is nothing left for Mr. Stoltenberg how to announce an increase in defense spending.

This year, spending on the defense of European NATO states will grow. This will happen for the first time in nearly 10 years. The reason for this will be the threat of "Russian aggression", as well as the migration crisis. About this in an interview "The Financial Times" declared the NATO secretary general himself.

2016 will be the year during which European defense allies' spending will increase, Jens Stoltenberg said. According to him, this will happen "for the first time in many, many years."

Even peaceful Swedes were aroused: now they are ready to “get into the game.”

A colonel, a member of the Royal Academy of Military Sciences (Sweden), Bo Husemark, told his compatriots about what would happen if the Russians occupy the Baltic states. Sweden can not stay away. About this, the colonel told through the newspaper "Svenska Dagbladet" (the source of translation - "InoSMI").

The colonel advises to imagine: what if Russia holds a “blitzkrieg” and “occupies the Baltic states”? Moreover, Russia will do this before NATO sees the danger. The seizure is over, Moscow proclaims the Baltic states to be its own and motivates this “historical and humanitarian arguments. ”

“Any attempts by the West to repel the Baltics risk provoking a nuclear attack,” the military expert continues to fantasize. “Can NATO force itself to launch a counter-offensive?”

The colonel hints that Russia may bluff, threatening nuclear weaponsHowever, NATO hardly dares to check if the bluff is here or true.

The Royal Academy of Military Sciences, points out further Bo Hügemark, analyzed the situation and made a statement under the heading "To help the brothers." NATO should create footholds on the territory of the Baltic states, which will become bases for a counter-offensive, the document says.

“Such a counteroffensive will require quick and unimpeded military-air operations, as well as airborne troops to the Baltic region. Then Sweden will enter the game. We will have to do everything to ensure the success of such operations. Give NATO aircraft free access to our airspace, put our bases at the disposal of the alliance, prevent Russians from deploying air defense systems in Gotland, and so on. ”

We think that in this picture only one is missing. Colonel forgot to order the quartering of peaceful NATO members in the houses of the Swedes.

In spite of the West, Russians strongly love Putin and make him a rating, which is confirmed by sociological research at the international level. President BH Obama blatantly blundered foreign policy: trying to throw Putin off the throne with the hands of the people, he only strengthened his power. Even Ian Bremmer, whom you cannot call a pro-Russian expert, does not doubt this.

Spies from Poland and Portugal are concentrated in Rome, where on a specially set table they make thousands of deals with Russian “curators”. NATO secret documents are shuffled as decks of cards. Some of the spies, however, are surrounded by a tight ring of policemen and are arrested, but this is what happened in Soviet times. Judging by the frequent publications in the media on the topic of espionage, the competition among the Poles and others who want to trade in Western secrets is great. The queue with envelopes will probably be longer than the queue for toilet paper during the Soviet era.